How I knew I had an eating disorder

“I think I have an eating disorder,” were the seven most difficult words I’ve ever said in my entire life. I whispered them on an evening in May, sitting cross-legged on my bed in my dorm next to my friend Kat. She hugged me and told me it was going to be okay – and I suppose she was right, even though “okay” is entirely subjective and much more difficult to reach than I thought.

My spoken confession came in conjunction with my own realization – it wasn’t until that night, just a few days away from college graduation, that I actually figured it out. Up until then, my eating disorder wasn’t an eating disorder – it was the thing that I did, just the way that I behaved to help me feel calm. It was part habit, part choice, and part complacency – I didn’t think too much about it; it was just part of who I was.

I have tried numerous times since then to identify when it began.

Everyone – significant others, friends, my parents, therapists – have asked me, “When do you think it began?” It’s hard to pinpoint because I didn’t know I was sick. 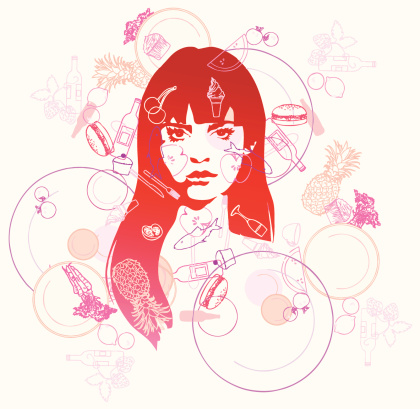 To this day, I have no idea how to answer the question of “when.”

And, at first, it was the best high you could possibly imagine. I would exist all day on coffee, sitting on the windowsill of my campus’s student center, reading Russian literature for class, avoiding the dining hall until it was time to go for dinner. I would circle the food stations with my friends, pretending to be actually thinking about what to eat, and select just a few carrots on my plate. Sometimes, after acting classes – which were all the way on the outskirts of campus – I would go to the nearby café and ask for a meal exchange with my dining hall card. The cashier would look at my plate of an apple and coffee and say, “That’s not a meal.” 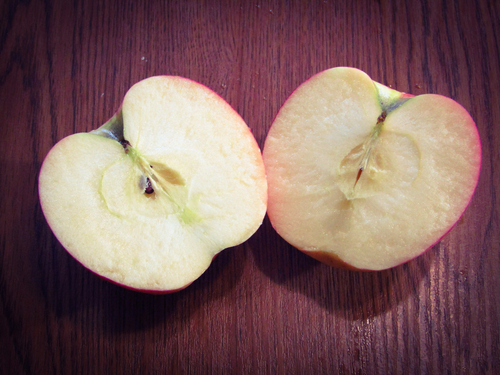 But I am going to be entirely honest – I loved every second of it in the beginning. I became obsessed with trying on clothes; every Friday, my best friend and I would go to the mall near our school. We’d spend hours in H&M; I’d try on clothes and relish at the numbers getting smaller and smaller every week. I grew fixated on protruding bones; I would find myself constantly touching my collarbones, hipbones, and ribcage absentmindedly, sometimes to make sure that I could still feel them after eating. That they didn’t disappear because I had eaten a piece of fruit or a slice of bread.

In the fall of my senior year, a boy I liked ran his hand over my back and said that my shoulder blades felt like fairy wings. It was, at the time, the greatest compliment I’d ever received.

But somewhere along the line, things started to change.

An eating disorder is not a lifestyle; it is a disease, and it is not sustainable over time.

In the beginning, I created goal weights. I had two sets of them – a short-term goal, and a long-term goal. I hit my short-term goal within two months of actively restricting, and so my long-term goal, which was to have a weight with two digits, became the prize I needed to claim. But as time went by, it became clear that I would never be satisfied with any number. 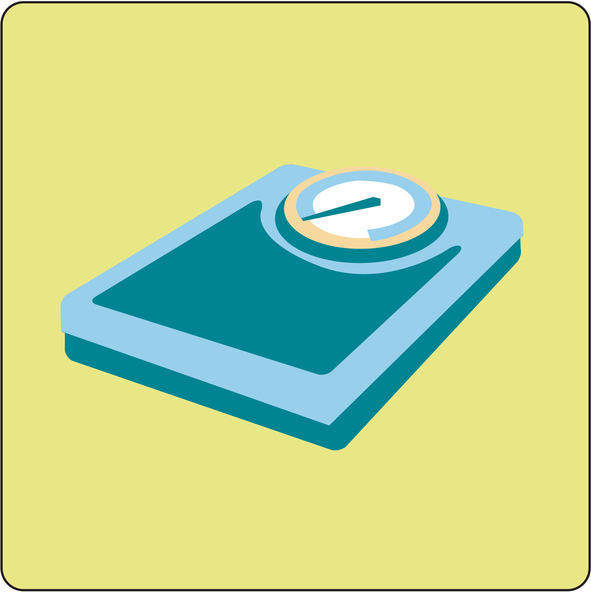 Over winter break, I went to the doctor for a routine physical and told her that I hadn’t gotten my period in six months. She chalked it up to the fact that I was a performer and was dancing almost every night at rehearsal, but she sent me for a bone density test anyway. The test results showed that I had osteopenia – a lower bone density than normal, but not low enough to be determined osteoporosis. She told me to take calcium and vitamin D supplements and come back in six months.

It still baffles me that my own doctor couldn’t figure out that I had sailed into full-blown anorexia by the time I entered my graduation year.

I look back at that winter break as a dividing line – there was a before and after. Before break, I felt like I was in control. I decided what to eat and when to eat it. I was deliberately and carefully sculpting my own outer self. But after break, I was no longer in control. I became afraid of eating, terrified that anything I ate would cause me to gain weight. I had worked so hard to become this person – this cold girl with skinny wrists and big hair, this mysterious girl who skulked around campus, wearing a long black coat and tall boots.

I was the girl with fairy wings, and I wanted to stay that way. 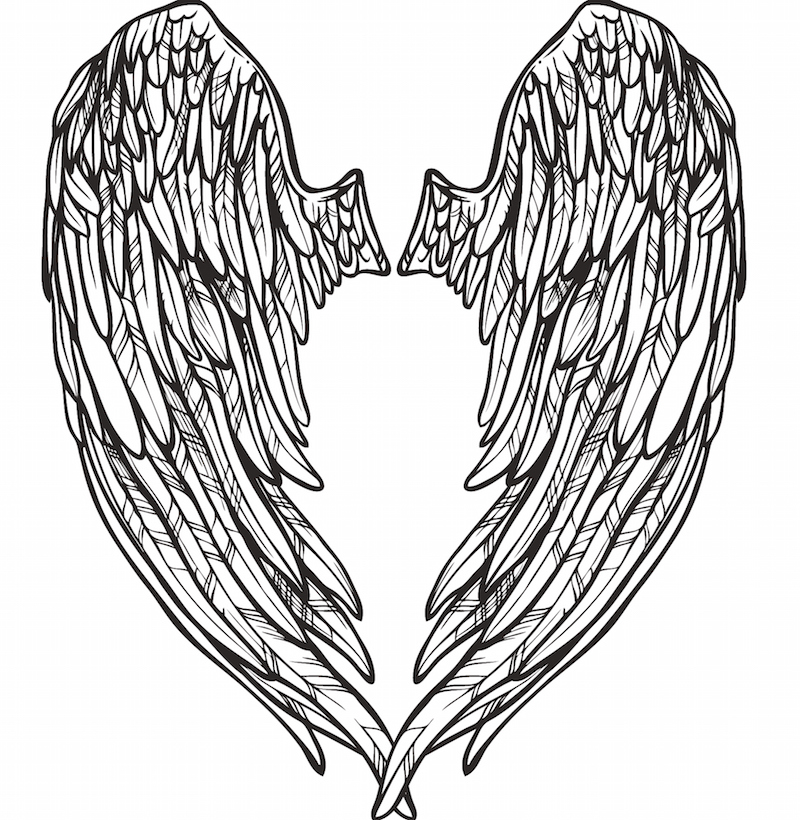 So I threw myself into schoolwork; my senior project was due in just a few months. I was writing about West Side Story and Jerome Robbins; I convinced myself that this, this was all I needed. Music, and dance, and theater. I began to alienate myself from my large circle of friends, spending most of my time with my best friend, holed up in the library, surviving on tea and Orbit gum. Sometimes I wonder if I made her sick too, if somehow an eating disorder can be contagious.

I went on like this for months, all the while plummeting closer and closer to graduation. The weekend before our senior projects were due, I went to see a play called 36-24-36. It was being workshopped for an off-Broadway run, and our college hosted a performance (we loved artsy stuff like this). Incidentally, the entire play was about eating disorders. Through a series of monologues and scenes, the ensemble of women told stories about different eating disorders, ranging from anorexia to orthorexia to binge-eating-disorder to bulimia. I don’t think I moved or breathed the entire time I watched.

I sat in the audience, transfixed on these actresses, as I heard words that literally sounded like they came from my brain.

It was as though the playwright had broken into my dorm, stole my journal, and copied it for the script.

“How many calories is this?”

“I just want to be smaller.” 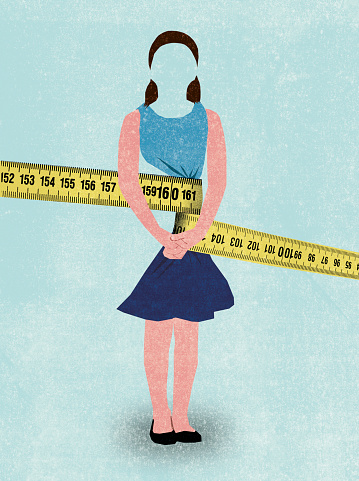 When it was over, I walked back to my dorm with my friend Kat, mostly in silence. I couldn’t stop thinking about what I had just seen, and the logic started to fall into place.

It was almost minutes after Kat and I reached my dorm – we were going to do our makeup and hair before a party later – that I blurted out the words to her. Those seven words that I hadn’t even thought to myself until that night. She hugged me, told me it would be okay, and then we went out. I graduated a few days later, but I didn’t start recovery until a full year after that. It turned out that just acknowledging the illness was not so much a groundbreaking discovery as it was the tiniest of first steps.

I’d like to say that I’m better now – that’s a question I always get when I talk about my eating disorder.

“Are you better now?” It’s a funny question, because eating disorders – like any other addiction or mental illness – never fully go away. It’s not something you are magically cured of, like strep throat or the flu. It’s something you manage, something you are always managing. Recovery doesn’t exist in the past tense, it is always, always present. false

There are things that you cannot forget. Calories, for example. There are certain numbers that will forever be burned into my brain, that are hard to let go of. I struggle when I go into Starbucks and see the numbers next to the drinks on the menu. I’d be lying if I said I never changed my mind about what to order after seeing the caloric content. I’ve gone into coffee shops with a craving for a mocha latte and have left with black coffee. I’ve walked into restaurants, chattering about how I’d kill for mac-n-cheese, but will end up ordering a salad if the numbers are on the menu.

But I also know that eating disorders don’t have a final destination. There is never a moment when you say, “Okay, that’s it, I’m done losing weight, I can stop now.” Eating disorders are not a clear-cut path; they are black holes, pits, ruptures in our space-time continuum. I know, from my own experience, that once I enter that realm, there’s no easy way of coming back.

It would be simple to look back at my senior year and feel regret – and I do, in lots of ways. I regret the friendships I pushed away. I regret not telling the fairy wings boy how much I really liked him. I regret the amount of time I spent indoors instead of going out to parties and meeting new people.

But I like to think that my experience through the anorexia wormhole has amounted to something. Now, I can talk about it. Now, I can fight against stigma, can speak out against stereotypes.

I can help others understand that eating disorders are not about vanity; they’re not caused by the media – they are illnesses. They are real, and the people who battle them need help. Victims of eating disorders don’t need to be scolded, or lectured about food, or dismissed by doctors. They need validation, understanding, and support.

It is my hope that by sharing my own story, I might be able to help someone else – the way the actresses of 36-24-36 helped that sad girl with the skinny wrists and big hair on that breezy day in May several years ago.

If you or someone you know is struggling with an eating disorder, you can seek help and support through NEDA (National Eating Disorder Association) by calling 1-800-931-2237 or clicking here.