When children experience puberty and begin their transformation into angsty teenagers, the accompanying physical changes treat everyone differently. Some teens are plagued with acne and body odor, some undergo massive growth spurts and develop lanky limbs, and others get illnesses they’ll come to reckon with in their adulthoods. I was part of the last group.

Once I entered adolescence, I truly thought my period would end up killing me. Faced with immeasurable abdominal pain, I also suffered nausea, vomiting, migraines, and severe lower back pain during my periods. Of course, nobody looks forward to the discomfort of that time of the month, but I dreaded the recurring agonizing pain for more reasons than one. My terrible cramps not only left me in physical pain, but as time went on, they also took a toll on my mental health.

Throughout my teenage years and my young adulthood, I’d be completely immobile once a month. During the roughest days of my cycle, I’d miss class, social events, and work. (Later on, I’d even lose a job because of my need to call off and sit at home suffering.) As the pain intensified, comments from friends, family, and medical professionals made me think that the only thing wrong in this scenario was me.

I would watch my friends and family, all menstruating women, live their lives, popping an occasional Midol or Advil to alleviate basic PMS symptoms. As they exercised, danced, and simply managed their periods, I felt like an outlier. I’d think, maybe I’m just dramatic, maybe it doesn’t hurt that bad. Family and friends, men and women alike, would berate me, telling me to “grow up.” They’d say, “It’s only cramps.” At that age, I thought they had to be right. Maybe I was overreacting. Maybe I am being dramatic. Maybe I do need to toughen up.

I’d been gaslit into believing my severe pain only existed in my head.

For years, instead of seeking treatment, I would isolate myself whenever my period came. In order to not be seen as a woman who “couldn’t deal with cramps,” I shut out society when the pain was unbearable. I no longer talked about the excessive cramps or violent body aches. I tried to exist normally, but the pain remained unbearable.

Before my supervisor at that job fired me, he talked me into attempting to come to work—he called it a “tough it out” day. It was the week before my fated time of the month, so I’d geared up with around-the-clock naproxen, disposable heating pads, ginger tea, and other remedies suggested by Google and menstrual health message boards.

I arrived at work, got to my desk, and shut down. I didn’t have enough strength to even turn on the computer, let alone sit up and open my eyes. My supervisor encouraged me to take more medicine and get to work. I knew I needed to leave, but to avoid feeling abnormal, I suffered through about two more hours before I ultimately went home. A week later, I was let go from the company. 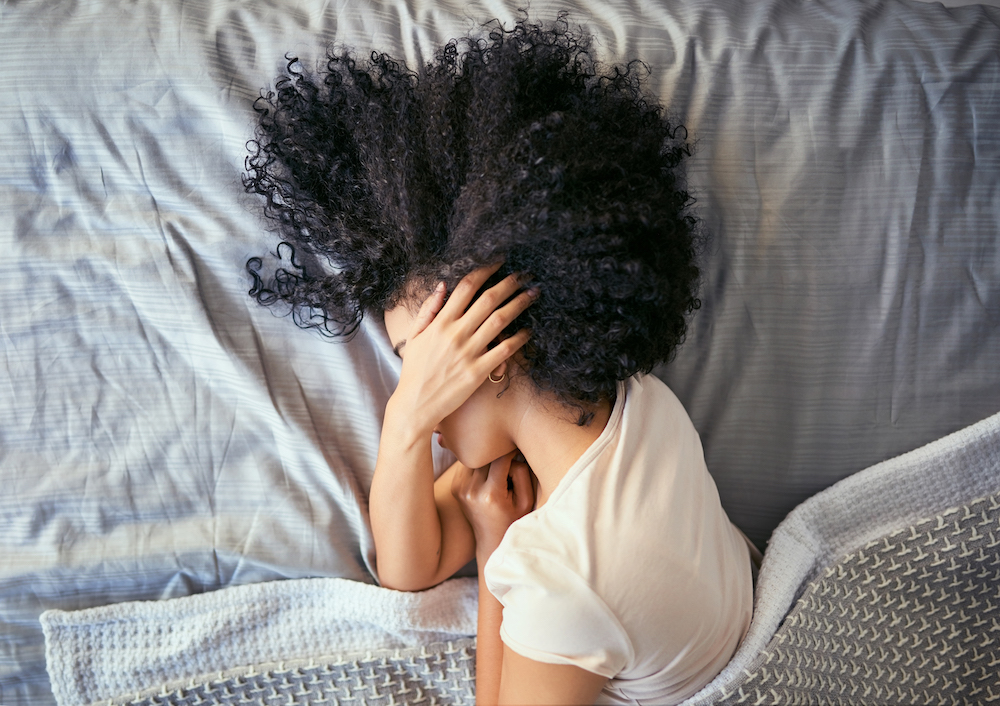 More than once, I visited the emergency room because my pain worsened to the point that I believed serious medical attention was immediately necessary—but I felt like doctors never took me seriously. Both doctors and nurses looked at me strangely when I’d share my reason for being there, apparently confused that I would visit the ER for cramps. Every time, the medical staff would pump me full of pain killers and send me home with ibuprofen, instructions to “rest,” and the occasional pamphlet on PMS and understanding normal body functions. Often, I didn’t even saw a doctor—a nurse was the one to give me the medicine and discharge me. Not once did any medical professional perform tests, ask questions about other symptoms, or even attempt to look beyond the surface: no ultrasounds, no blood work, not even a urine analysis.

It wasn’t until a recent trip to the OB-GYN that a nurse practitioner finally listened to my cries, and heard them.

During a vaginal ultrasound, my healthcare provider noticed a site of potential endometriosis affecting my ovaries and started me on hormonal treatment, aiming to alleviate symptoms of the disease.

Endometriosis is defined by WomensHealth.gov as a condition wherein tissue resembling uterine lining grows outside of the uterus. This can result in a number of symptoms, including the severe pain that I experienced almost all of my life. Other endometriosis symptoms include chronic pain in the lower back and pelvis, pain during or after sex, intestinal pain, pain with urination or bowel movements (especially during your cycle), infertility, and digestive problems.

Often, endometriosis cannot be officially diagnosed without surgery, but the growths can also be detected through laparoscopy, ultrasound, MRI, or pelvic exams. The bittersweet news freed me from decades of pain. The sharp, intense cramps were not of my imagination. There was something wrong with me, and now, we could work towards treatment.

Unfortunately, my story is not a unique experience.

For Black girls and women, treating physical pain comes with countless prejudices against the mythical limits of our body.

The “strong black woman” trope is deadly,enforcing the idea, internally and externally, that Black women are the bearers of all forms of trauma. Often, doctors do not accurately listen to the complaints of Black women, resulting in our deaths—especially when it comes to reproductive care.

The racism in reproductive medicine also effects endometriosis diagnosis and treatment, as Black women and women of color’s pain is dismissed by doctors since endometriosis is often seen as a white women’s disease. Actress Tia Mowry opened up about her difficulties with endometriosis in an essay published on O, the Oprah Magazine’s website, sharing how doctors did not seriously account for her pain when providing treatment:

‘Those are just really bad cramps, some women get them more severely,’ one told me. ‘Just put heat on it,’ one suggested. Another doctor simply said: ‘Get on the treadmill—working out helps.’…It’s very painful, and many African American women are often misdiagnosed because there’s been less research done on the prevalence of endometriosis in our community.

But my story, Tia Mowry’s story, and other Black women’s stories no longer have to be the norm. More women, especially Black women, are speaking up about their painful periods, encouraging more women to push their doctors to test them for endometriosis.

Personally, I’ve had to overcome insecurity, depression, and an overall fear of taking charge of my own health. I write this to say that you shouldn’t feel alone or abnormal. Looking back, I wish I had the power to use my voice to silence the doubts of others. If you think your cramps are severe, don’t be scared or embarrassed to speak up, and don’t take no for answer. By listening to—and believing—our bodies, we can all end the stigma attached to reproductive health.