How I Bought That takes a peek inside the process of making a major purchase, whether your budget is big, small, all your own, or supplemented by family and/or financial institutions. In this series, we look at many different spending situations, from how people afforded big purchases like first homes to electric vehicles to splurge-worthy bags.

When I moved to New York City I had $400 to my name, and half of that was spent on a taxi ride into the city (yes, I now know I got ripped off). I hadn’t been accepted into college yet, I didn’t have a job, but, thankfully, I had an aunt and uncle who let me stay with them for a month while I mustered up a plan to remain in N.Y.C.

I started taking every job I could get: I babysat dogs and toddlers; I was part of paid audiences for television game shows; I worked as a canvasser for environmental non-profits like Greenpeace; I was a promoter for nightclubs; I worked retail; I was a waitress. Sure, these random jobs helped put food on my plate, but I was eager to start a career.

Let me start by saying I worked my ass off for a year and a half. Like, really worked my ass off. I got into my dream college, and whenever I wasn’t running around the city to one of my million jobs, you could either find me at the school library or at home typing away at a paper assignmentinto the wee hours of the night.

I believed that if I worked hard enough, put myself out there, and was nice enough, everything would fall into place for me. I was right.

The summer after my freshman year I was offered a fashion and beauty editorial internship at a magazine.It was a full-time opportunity that required 40 hours of work per week—and I gave it my all. Thankfully, it was a paid internship and I was making a little over minimum wage, but if you’ve ever visited New York City then you know how expensive it is. I spent weeknights and weekends working other jobs and gigs to try to save up as much money as I could before my dream internship finished at the end of the summer and I went back to school. 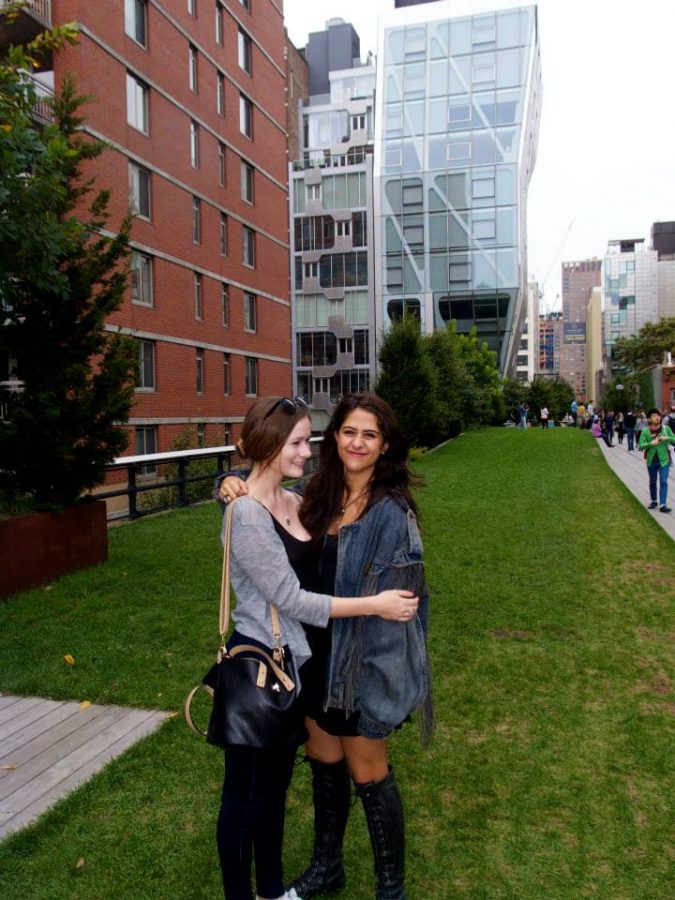 Honestly, I had been living a very budgeted life until then. I paid for my groceries and my weekly subway card (I couldn’t afford to pay the monthly in one payment) and saved every extra penny I could towards a flight to see my long-distance boyfriend. I’d often skip breakfast or dinner to save food, and, if time permitted, I would sleep off the hunger or drink a lot of water to make myself feel like I had something in my stomach. If I needed new clothes, they were thrifted (like that denim jacket pictured above). I don’t think I ever went to the doctor. Indulging in something nice for myself was completely out of the question.

As summer was coming to a close, I decided to shoot my shot and ask my boss if I could stay on board full time. I would have switched to night school and sold my soul to the devil if it meant I could stay at my dream job. As appreciative as I was to have the opportunity to get to work several jobs, truth be told, I was tired. I wanted so badly to start my professional career—and I didn’t particularly like hitting up nightclubs for work. More than anything, I needed to feel like all my effort and hard work was leading in the right direction. I craved it so much that I could feel it in my achy bones.

The day I found out my internship had turned into a job, it felt as if a cage of wild birds had been released from my chest. I was going to be working under the fashion and beauty director of an international magazine. I had made it! Sure, the job was entry level and I was making the same wage as I had as an intern, but I didn’t care. However, I did want to buy myself one nice thing as a gift.

I knew I shouldn’t be spending money, but I had worked so hard and decided to treat myself to a pair of Jeffrey Campbell over-the-knee boots that had been sitting in an online cart for over a year. I collected money from my savings account and took the plunge. To me, those boots represented a badass girl who could get away with anything. The boots were rock n’ roll and unnecessary, and I wanted to give myself something unnecessary.

I still remember what it felt like to buy them: a thrill that started in my chest and coldly ran through my veins down to my fingertips. I deserved this.

I wore those boots everywhere. I took them out to bars, to go sightseeing with my friends—and, by adding a pair of opaque black tights, I was able to make them office-appropriate and wore them to work. They were my closet’s It item, and I felt a rush of pride every time somebody complimented them because I bought those.

That job was the start of my now seven-year-long career, and I still wear those boots to this day. Every time I slide them on, I remember that girl in her early 20s with nothing to her name and nothing to lose. That girl with determination in her eyes that burned so much it scared others away. I remember the girl who spent hours standing in the sun asking people to donate to Greenpeace, and how tired her feet were at the end of the day. That’s the girl who earned those boots, and I’m so f*cking proud of her. 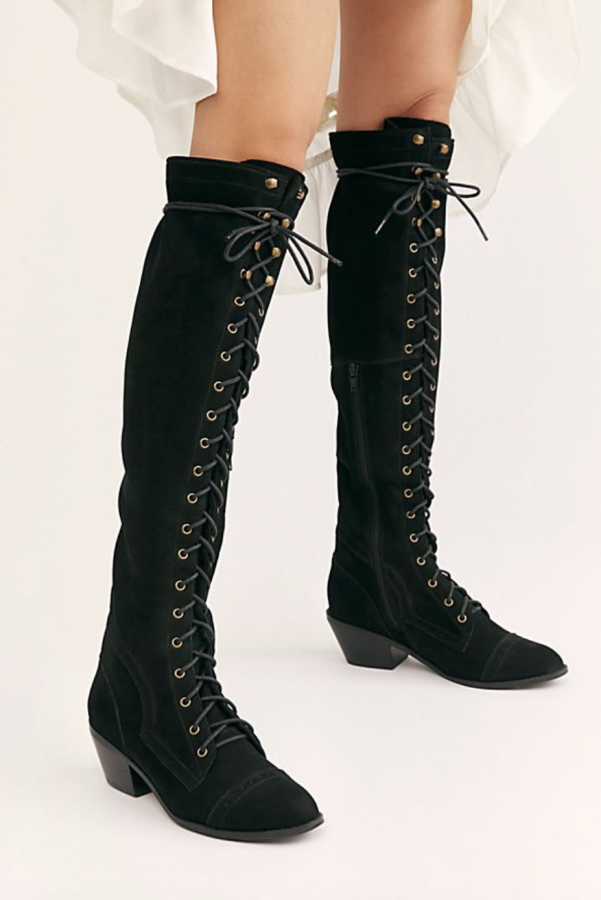 To shop for your own Jeffrey Campbell over-the-knee boots, check out the pair on Free People.