As if there weren’t enough elections to worry about already, on Friday Netflix will release the fourth season of its hit political drama House of Cards — and fans are already pouncing at their TV remotes (err, laptop keys) to find out what fate has in store for Francis Underwood. The end of season 3 saw Frank’s presidency dangling by a thread as he prepared to launch his re-election campaign against some new competitors, and the tension has never been higher.

Here’s everything we’re looking forward to in season 4 of House of Cards, and all of the questions we’re dying to have answered:

1) What’s in store for Claire and Francis? 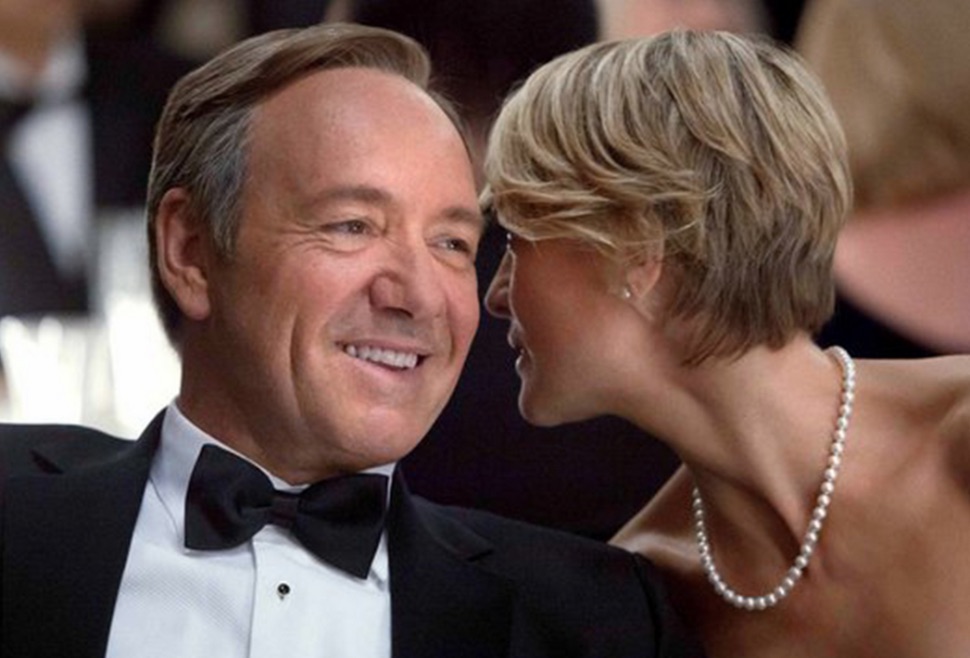 Frank has been through his fair share of hardships on the show. The end of season 3, though, pitted Frank against his greatest obstacle yet: Claire’s abandonment. After being nearly strangled by her husband in the Oval Office, Claire announces her intention to leave Francis during the last few minutes of season 3, leaving us all to wonder: what now? One of the greatest appeals of the show, if not the greatest appeal, has been watching the complex and intriguing power dynamics of Frank and Claire’s relationship. How will he explain to the entire country why his wife is no longer by his side without losing the remainder of his already waning national support?

2) Will Claire pursue her own political aspirations? 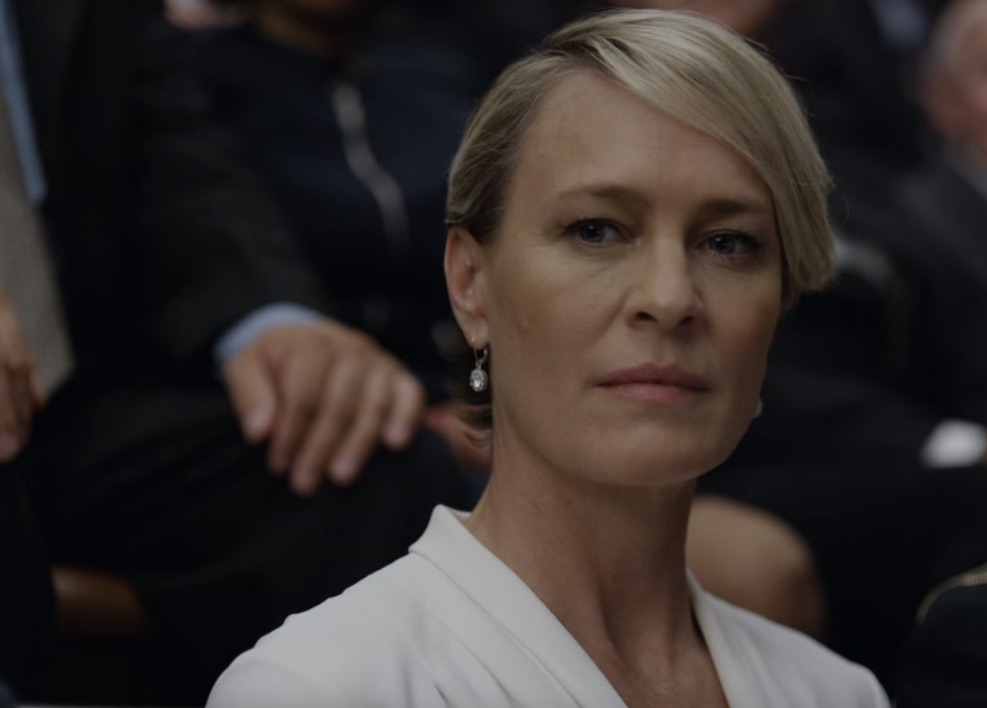 This is a rhetorical question. Anyone who knows anything about Claire knows that she is not going to disappear into the background just because she’s no longer First Lady. In fact, dethroning herself as Frank’s wife opens up a world of possibility for Claire, who will no longer have to make decisions based on Frank’s interest. Will she attempt to reclaim her spot on the U.N. board? Will she go head-to-head with Petrov, the embodiment of political corruption? Or will she take her ambitions a step further, launching her own presidential campaign against her former partner-in-(literal)-crime? 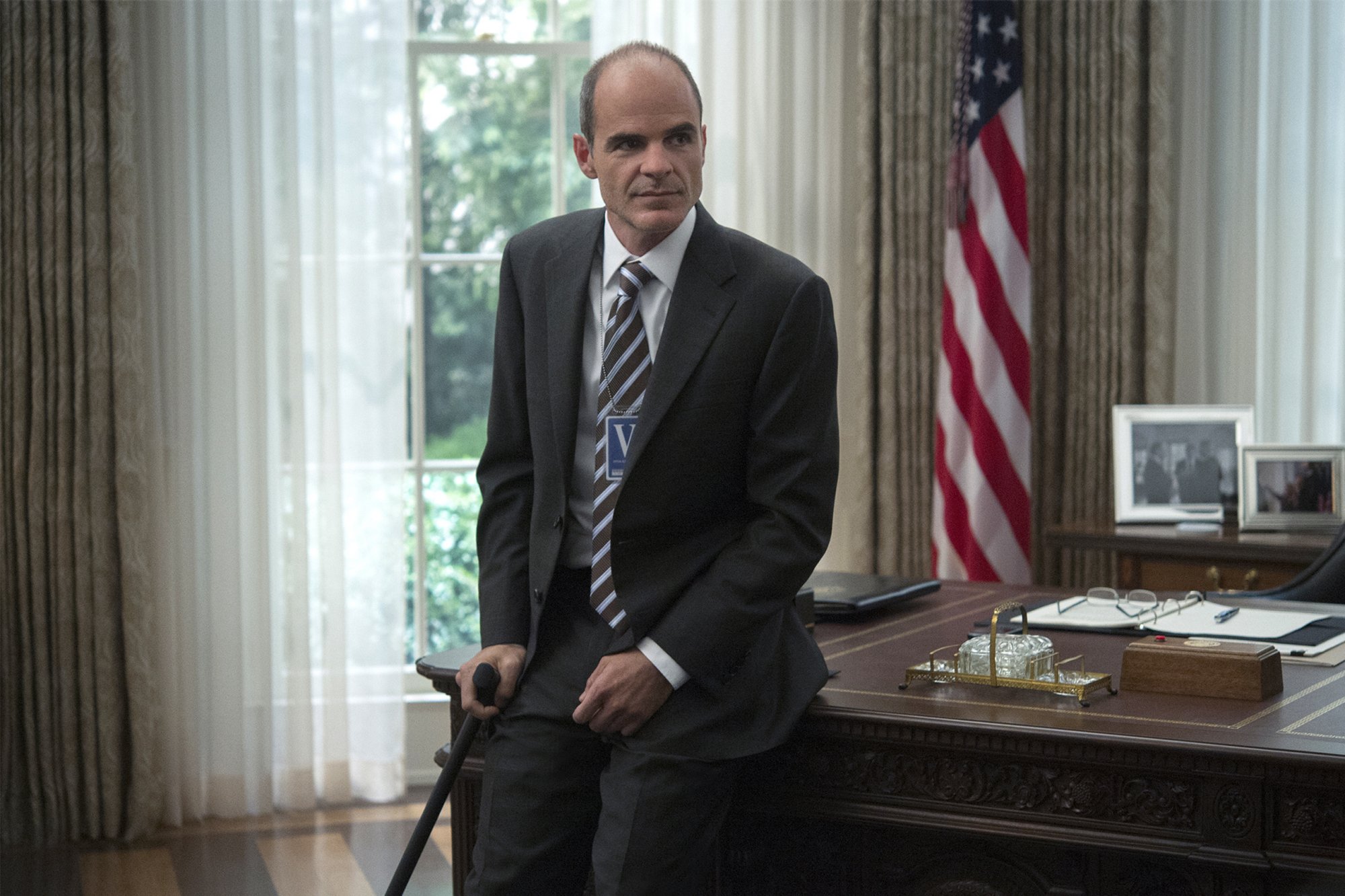 In a somewhat surprising twist, the season 3 finale focused heavily on the culmination of Doug Stamper’s cat-and-mouse chase with Rachel, a woman that he developed a twisted infatuation with over the course of the series. With the help of hacktivist Gavin Orsay, Stamper finally locates the elusive Rachel, who ditched Washington after attempting to kill him, and murders her. I find it hard to believe that Stamper will be able to just dust Rachel’s death under the rug. With Frank’s desperation increasing and journalists like Kate Baldwin sniffing around the edges of his campaign for a scandal, Rachel’s death seems bound to come out eventually.

4) What game-changing story will Kate break next? 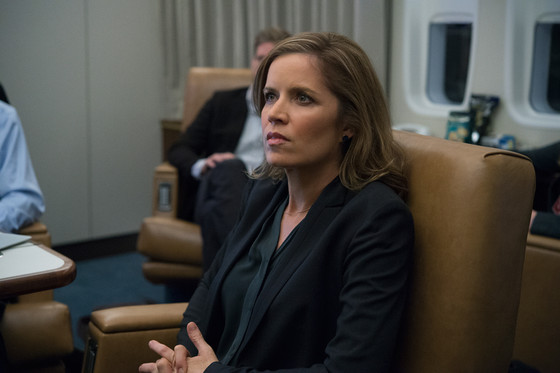 Speaking of Kate, her determination to expose Frank for what he is — a corrupt politician willing to do anything to get ahead – seems likely to come to a head this season. Her repeated appearances in the House of Cards season 4 trailer signal a second coming for this journalist. Let’s hope she stays away from the subways on her path to take down the president.

5) Will Dunbar win the election? 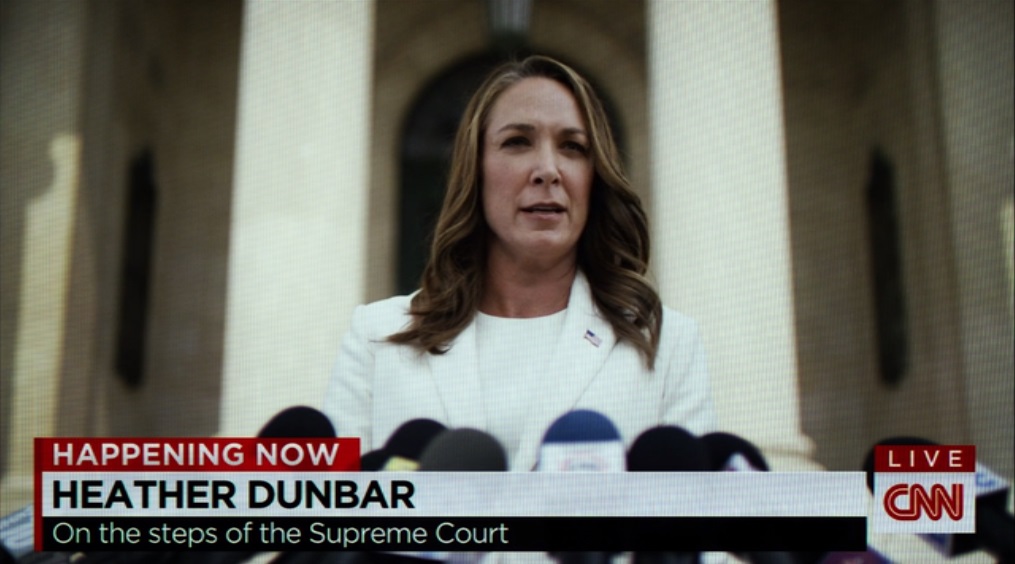 Though he won’t admit it, Frank bit off a little more than he could chew when he maneuvered his way into the Oval Office. He reached his tipping point in season 3 with his sloppy attempt to coax Robert Jacobs away from the Supreme Court so that he could instate Heather Dunbar and thus keep her away from the presidency. Unfortunately for him, Dunbar decided to run for president anyway. Now we’re left to wonder: will she win? With Jackie backing her and feeding her stories of Frank’s old tactics, she may just have enough of an advantage to overtake Underwood.

6) What’s in store for Jackie and Remy?

I have been watching TV for over a decade and in that time, I have only audibly squealed at on-screen kisses three or four times. When Jackie drops her bag at the door and runs into Remy’s arms at the end of season 3? That was one of those times. Next to Frank and Claire, Jackie and Remy are one of the show’s most interesting couples. With Jackie’s new job on Dunbar’s team and Remy’s decision to retire from politics, the future of this power couple is completely up in the air.

7) Who are these mysterious new cast members? 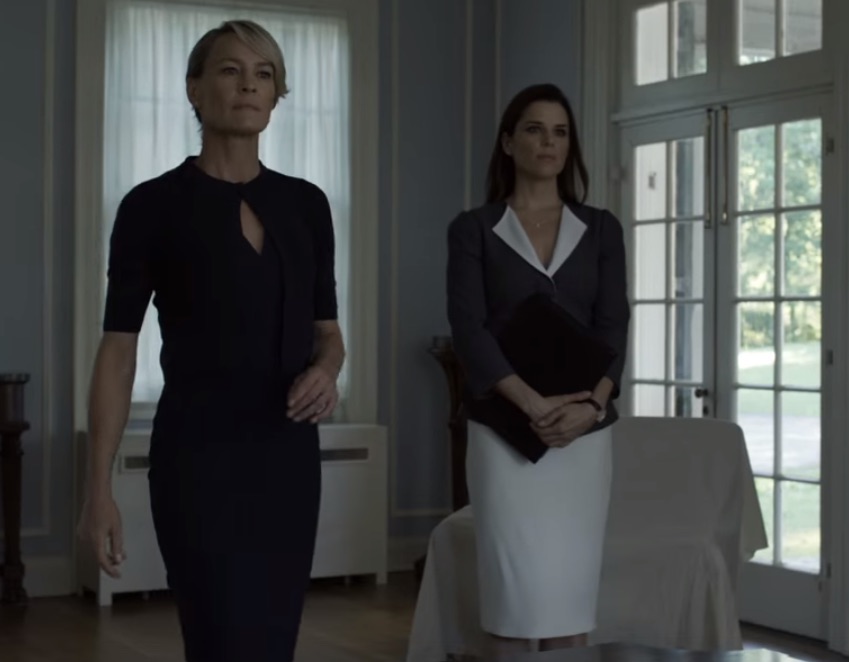 Last year, HOC showrunners confirmed that they would be bringing on some fresh talent for season 4 in the form of Joel Kinnaman, Colm Feore, and Neve Campbell. What roles will these new people take on? For now it’s unclear, but judging from the ominous glimpses of them we get in the season 4 trailer, I think Frank will have a lot to deal with this upcoming election season.

8) Will the show borrow ideas from the real-life presidential race? 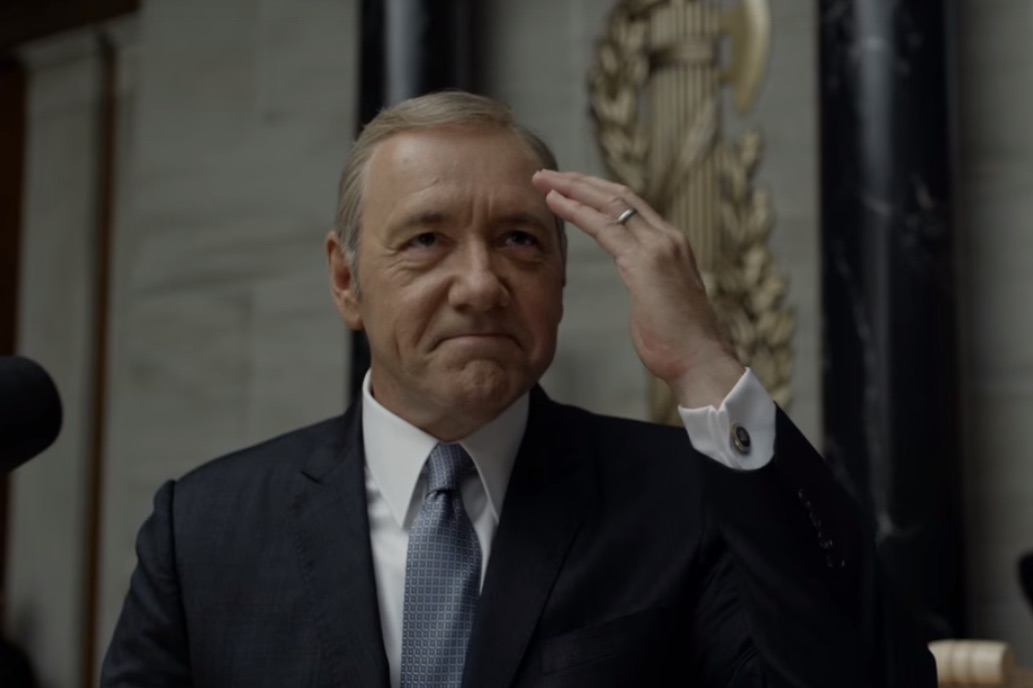 I highly doubt that one of the most popular political dramas in recent history wouldn’t try to incorporate issues from the real-life political race, especially one as explosive as the one happening IRL right now. Should we expect to see a fictional Trump take on Mr. Underwood? Probably not, but a girl can dream. 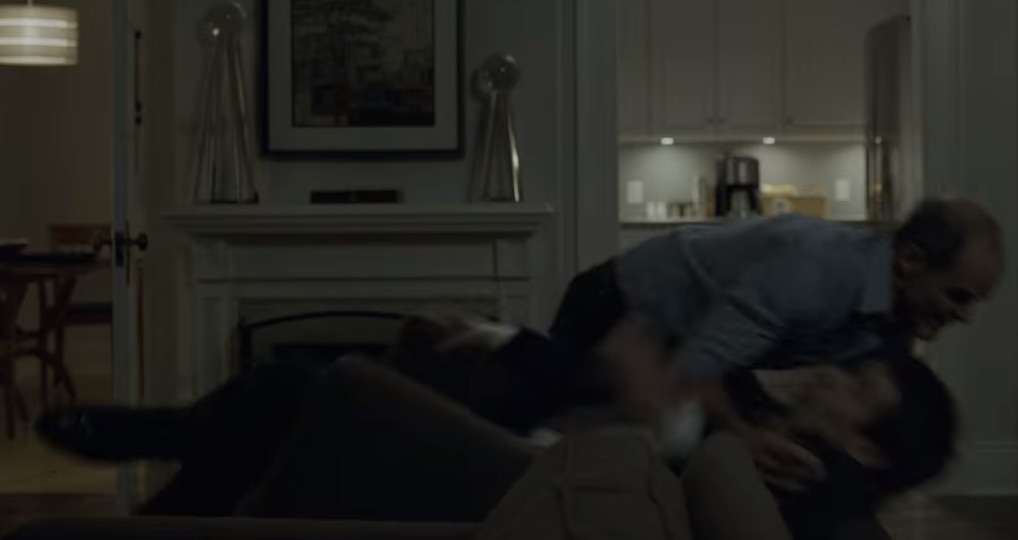 Doug Stamper ranks pretty high up on the “ruthlessness” hierarchy. He’s killed, blackmailed, and manipulated people on his boss’s behalf, and he doesn’t seem to regret any of it in the slightest. Now that he’s back on Frank’s team, it’s only a matter of time before he ruins someone else’s life in the name of politics.

House of Cards, we are ready for you.