So you just started talking to this person you met online and things are going fine. You meet up for a date and its also…fine. You text the person that you had a nice time and you get…RADIO SILENCE. My friend, it looks like your date has ghosted on you.

Ghosting is the art of ceasing communication with someone without any explanation. Used in a sentence: “That guy I met on Tinder stopped texting me back. I guess he’s ghosting me.”

The following millennials of various ages, genders, and sexual orientations get honest on how they feel about ghosting and being ghosted on, in regards to romantic and dating scenarios. Turns out most of you hate being ghosted on and yet so many of us keep doing it.

“Oh man. I think there is a phenomenon where ghosting magically makes the ghoster wayyy more attractive. I’ve been ghosted by dudes I’ve only gone on a few lackluster dates with, but when I realized that I was the ghostee, I was like, Omg I thought we had something special. This has happened in the reverse, too. I’ve ghosted dudes I’ve been casually seeing and suddenly they were like BUT I WAS ABOUT TO INTRODUCE YOU TO MY MOM.”

“I felt weirdly empowered when I ghosted someone because it felt like I had complete control over the relationship. It was my decision to end it, not his. However, on the flip side, I also felt kinda weird and bad about it, but I honestly haven’t looked bad. So does this make me a big fan of ghosting? Yes.” 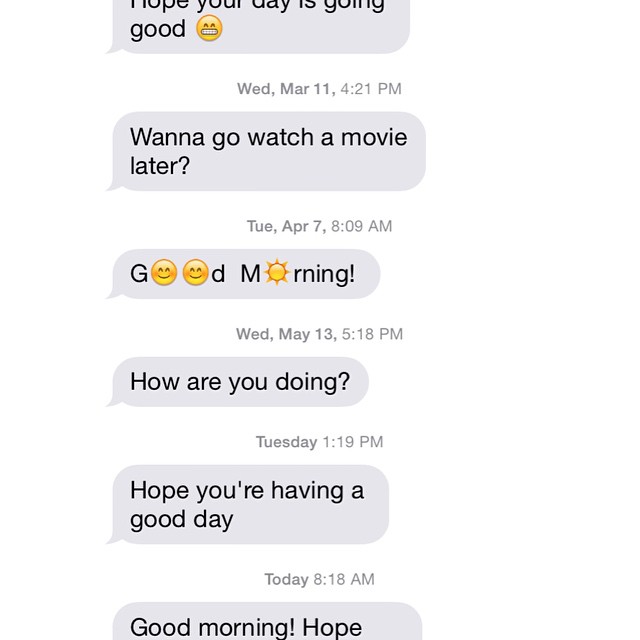 “I absolutely hate having to ghost. I try to not do it at all if possible. Everyone deserves some closure even if it’s curt. Occasionally I feel myself doing it and it feels like a car crash in super slow motion that I can’t pull myself out of. Being ghosted on sucks but at least it gives you the moral high ground if you ever encounter than person again.”

“A little over a year ago I reconnected with this guy I knew from college and we started dating. We hung out a few times, and then he ghosted on me. A couple of months later, he came back around and apologized somewhat profusely for falling off the map. I found him sincere, so we started hanging out again. But then, after hanging out three more times, he ghosted on me AGAIN. I liked him a lot by that point, so it was really painful. I go out of my way to not ghost on people now because of it.”

“I have personally never been ghosted, but I have ghosted someone once. Honestly, I felt bad but I thought not responding to him was less cruel than making up excuses for why I didn’t want to date him anymore. It ended up okay because a year later we started talking again as friends.”

“Recently I was ghosted by a guy I was seeing late last year. We hadn’t been seeing each other for a long time but we still kept in touch. About a month and a half ago he stopped responding to me and also deleted me from Facebook and Instagram. At first, I got really prideful about it and blocked his number. I saw him out a week later and tried to rub it in his face that I was having a great time with my hot friends. Now I’m over it and think it’s for the best we don’t talk, but for a while I was really upset.” 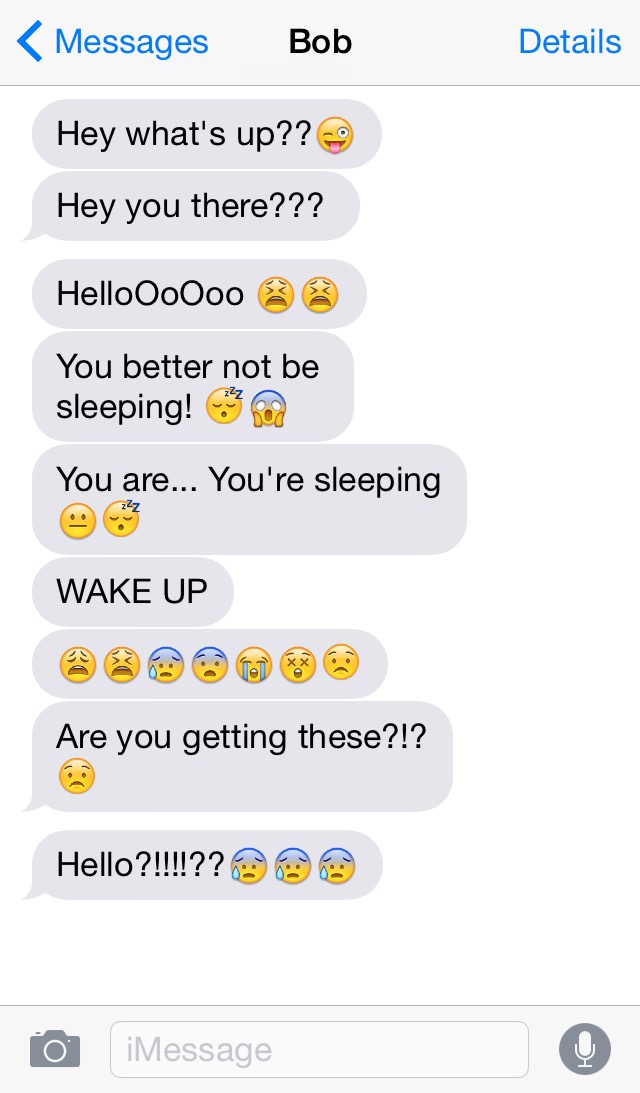 “I think it’s an accepted truth of digital dating. Ghost and be ghosted. It sucks both ways, some people are pure assholes but most aren’t. Sometimes we’re just busy with the hustle and bustle and not in the right head space to make the effort to the (multiple) people we’re talking to. We forget to text and then the conversation dies. Everyone uses dating apps so passively these days. We’re so inundated with so many messages and distractions in our lives even separate from dating, I don’t think people should take being-ghosted personally. You never know why a person stopped talking to you, most times it’s not about you. Or even if it is, if the other person wasn’t interested, you shouldn’t want to date that person anyway. Ghosting comes with the territory in dating in this new technological era.”

“A lot of the time I ghost on someone because I legitimately forget to respond, put it off, and then realize it’s waaaaaay too late to respond now. The last time I actively ghosted, it was on the recommendation of friends, who told me it was the only way to shake this person.”

“I feel like ghosting is less mean than just telling someone you aren’t interested in them. I ghost all the time but I feel like guys don’t get the hint and they just keep trying even harder. How many ‘LOLs’ can I text before you get the hint I’m not interested?”

“I’ve been ghosted pretty recently so the feelings of hurt are still somewhat visceral and raw. It sucks. Not only because someone you shared so much (emotional, physical, social) intimacy with is suddenly gone without warning, but also because your mind goes in a million directions — What went wrong? Was it me? And more importantly, Does this person care so little about our relationship (romantic or not) that I don’t even deserve an explanation as to why we will never see nor speak to each other ever again? Am I that disposable?

Because I know how it feels to be on the other end of this, I generally try to be communicative and accountable with my interactions with other people. But I have ghosted people before. Yes, accountability in interpersonal relationships. But also no, I don’t think I owe *persistent* people who I barely know the energy that it takes to constantly tell them no and why I’m saying no. Don’t have time for that.”

“Ghosting is the new ‘Take the hint…’ only more disorienting, because there are no hints at all. The ghoster essentially says, ‘I’m not accountable for maintaining this interaction or giving it closure,’ and well, shoot, maybe the ghoster isn’t.

Most people assume that abrupt ends in communication are just incidental pitfalls to dating. One guy went so far as to text me after a first date: ‘Don’t disappear on me.’”

“This person I grew really close to over the last couple months went from calling and texting all the time to not even responding to me. Turns out he was leading a double life. So, there’s that.” 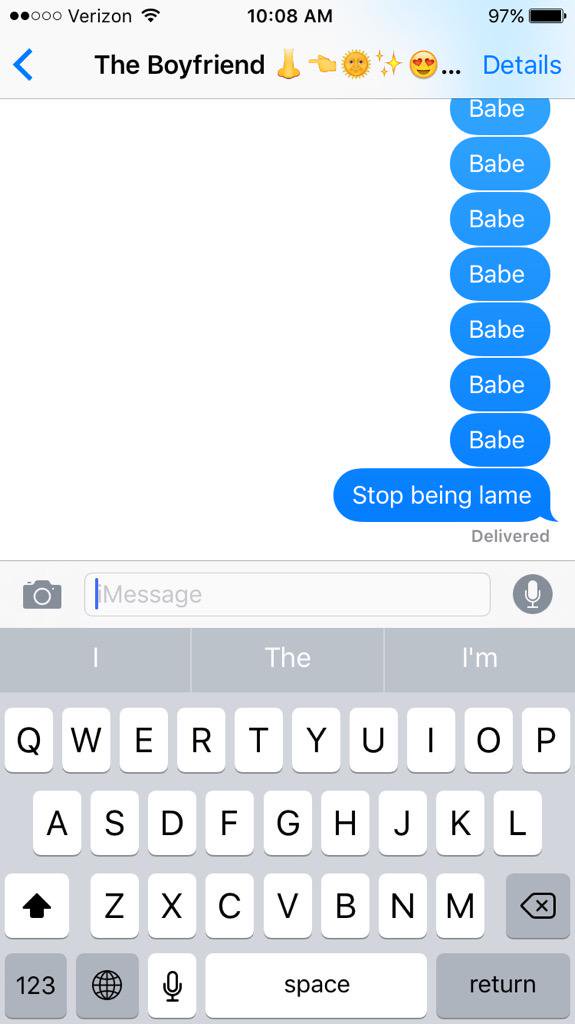 “I feel cowardly and insecure whenever I ghost on someone. Whenever I ghost, it undermines my respect I have for all women and their time and energy. Dating is hard enough as it is without the ghosting, but surely that exacerbates it. And I wish that I have never done it. I do think, however, that ghosting is a stand-in for uncertainty. There are a plethora of perceived options due to dating apps, and decorum has gone out the window. People spend so much time looking for the next potential One or hook-up that they forget the feelings of the person they were just with.”

“I used to ghost on guys all the time. I had this rule that as long as we only went one or two dates, I was allowed to ghost. I felt like after one date we were still basically strangers and they wouldn’t miss me if I disappeared. Then one guy ghosted on me after a first date I had thought went really well and I lost my shit. I didn’t even like him that much, I was just dumbfounded since I had never had it happen to me before. I felt retroactively terrible for all the dudes I had ghosted over the years.”