Here are the holiday gifts you got as a ’90s kid vs. the gifts kids get today

Growing up as a kid in the ’90s, I can attest that the decade was the ideal time to experience holiday gifts. I fondly remember the year I got a lime green Razor scooter and how I held onto it for years (in case there was an emergency and I needed some form of transportation) — or the year that FAO Schwarz’s giant Patrick the Pup came into my life as the perfect pillow.

With the holidays just around the corner, it’s the perfect time to think about the beloved toys of yesteryear, and imagine what the kids of today will have instead. (Note: Furby didn’t make the cut.)

Lisa Frank created a mysterious and magical world — from psychedelic bunny ballerinas to top hat-donning bears. Everything was sparkles and nothing hurt. My Lisa Frank ’90s experience involved a lot of daydreaming over being a part of this fantasy world. For most kids my age, our entry point into Lisa’s world was through her stationary, particularly the 2-pocket folders and sticker sets. The idea that we could show off even just a little bit of flair at school was the coolest thing ever.

This year, Lisa Frank teamed up with online retailer, RageOn to introduce a dream clothing line featuring funky leggings and T-shirts. Although this reincarnation of Lisa Frank isn’t necessarily for kids, it’ll definitely speak to your inner ’90s child. Being able to rock Lisa Frank’s famous dolphins on a crop top might just be as good as it gets.

Polly Pocket was the coolest ever, making dolls approachable in a non-creepy way. Polly and her friends lived inside various small compacts that you could carry around like a purse. Not only was Polly Pocket super functional, but it provided countless hours of fun. I had the 1992 Polly Pocket Light-up Starlight Castle, and I remember it well because she was basically Cinderella. Looking back, I’m sad I no longer have it  — epecially because, according to eBay, it’s in high demand. Who knew that so much fun could exist in a miniature world?

Shopkins are the 2016 versions of Polly Pocket. Created in Australia, the Shopkins world is not one of dolls, but rather of small and adorable objects (i.e. apples, cookies and cupcakes). All of the characters are #namegoals — Waffle Sue, Angie Ankle Boot, and Toofs (literally a toothbrush). Shopkins live in various ‘happy places,’ including homes, malls (obviously), and party studios. With the tagline “Decorate your place with a cute lil’ face,” there’s no doubt it’ll be a good time.

Then: The Roller Racer

Though the Roller Racer was technically invented in the 1970s, it was a huge part of my ’90s life and the lives of many other ’90s kids. The Roller Racer was pre-Razor scooter, and it was the perfect means of getting around for the low-key, lazy kid. Granted, you couldn’t travel far distances on the Roller Racer, but that wasn’t the point. The best part was that you could chill, sit down, and slowly move forward by moving side to side! The 1987 commercial dubbed it a “sit-skate,” and apparently they were used at amusement parks all over the world. 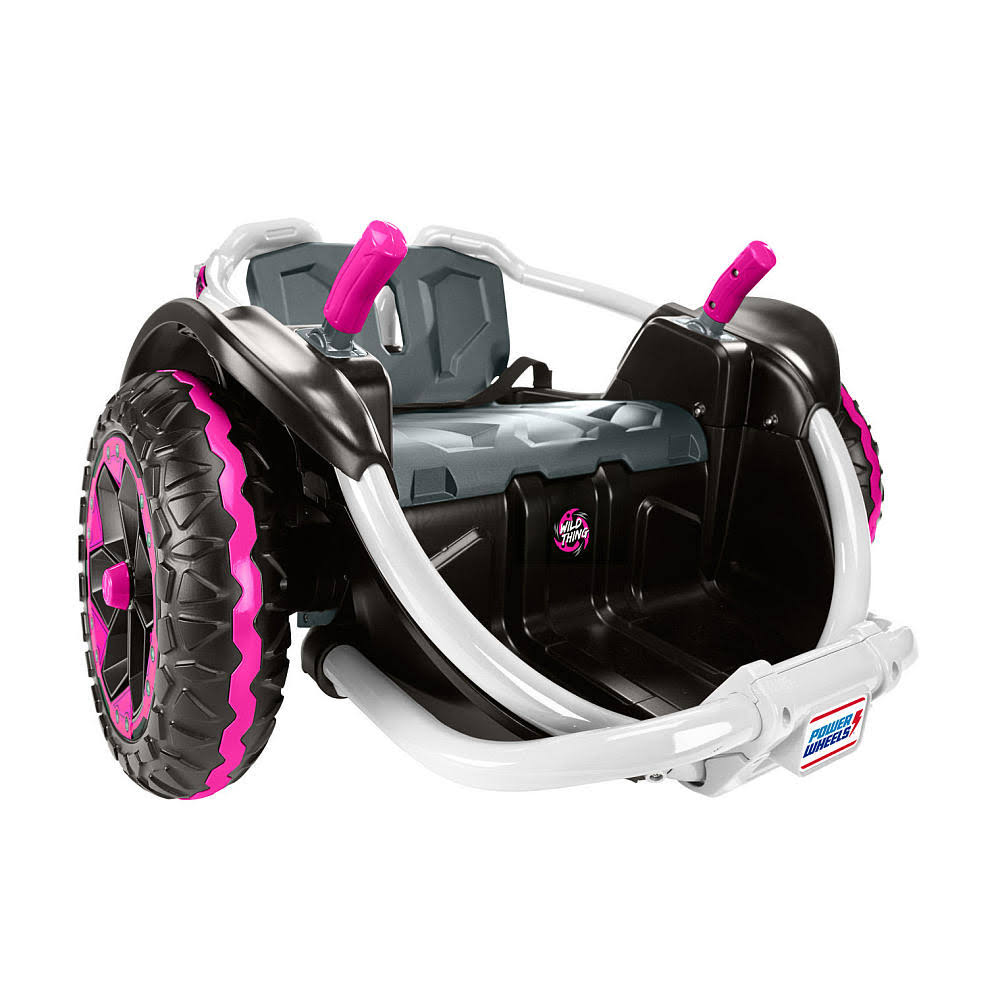 Power Wheels’ Wild Thing is like the Roller Racer on steroids. Like the beloved sit-skate, Wild Thing also involves sitting down. However, this contraption goes up to 5 MPH and looks like a cross between a riding lawn mower and something at Disneyland. With “Unleash the beast” as the tagline and advertisements featuring shots of kids off-roading, it seems like the perfect gift for the sassy kid in your life. It also seems like it could make a lot of kids very dizzy.

In the ’90s, Beanie Babies had stronger currency than a weekly allowance — never forget the Princess Diana Beanie Baby that is now valued at $250,000 on Etsy. Crazy. Yes, Beanie Babies were cute, but it was truly all about how many you could collect. They’re probably the highest valued toys from the ’90s which is kind of insane. To those of you who kept your Beanie Babies: Mad props. 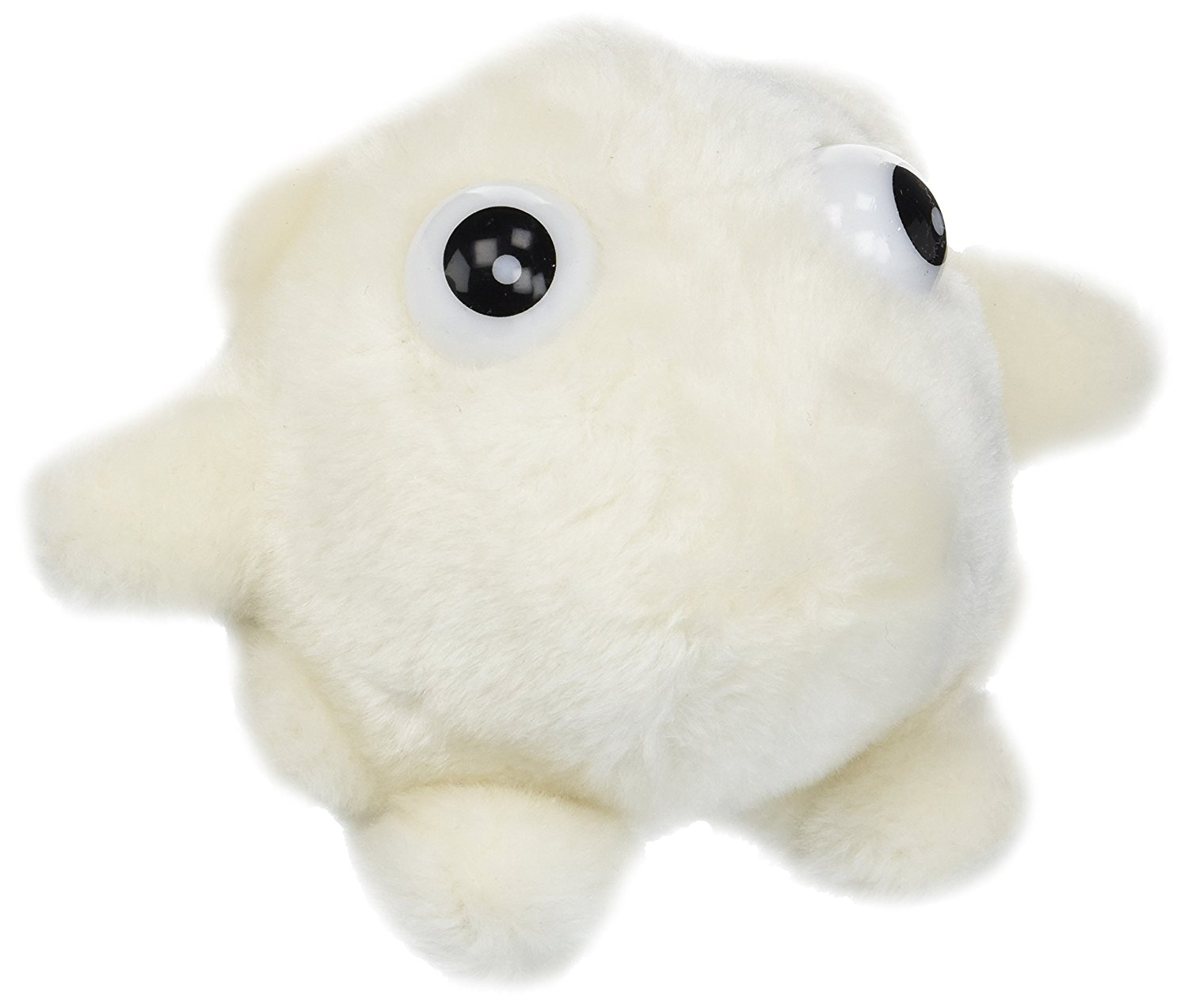 GIANTmicrobes are Beanie Babies for either the curious kid or the kid who is looking to stay off of WebMD. The GIANTmicrobes are cuddly, much larger, plush toy versions of actual microbes (which are not cuddly). From E.coli and ulcers, to toxic mold and Zika, there’s really a GIANTmicrobe for every disease. The hope is that kids won’t be completely freaked out by every symptom that could be linked to something terrible on the Internet. If GIANTmicrobes existed in the ’90s we’d probably spend a lot less time self-diagnosing ourselves.

Tamagotchis were up there with Beanie Babies as one of the greatest ’90s fads and must-haves for kids. Unlike a real pet, Tamagotchis were perfect for the kid who wanted a pet but didn’t want any real responsibilities. Essentially, all you had to do was feed your Tamagotchi, keep it happy, and clean up after it — all with the press of a few buttons. When my Tamagotchi finally died (R.I.P.), I buried it in my cousin’s backyard. Probably not the best place to bury an electronic pet, but honestly, no regrets.

This year’s Hatchimals have taken the kid toy-world by storm. Parents are freaking out because Hatchimals are in such high-demand, with some selling for up to $400 on eBay. The highly sought-after toy eggs hatch interactive bird-like creatures — think Furby, but less creepy and more magical. The excitement and anticipation is really about not knowing what creature you will hatch. Good luck finding an elusive Hatchimal this year. With online waiting lists, you might have to hold tight until 2017.