Today, everyone finally gets to go to the polls. And this Election Day, plenty of voters are literally wearing their opinions on their sleeves. Hillary supporters in particular are making fashion statements in support of their candidate. In fact, many Hillary Clinton supporters are wearing white today for a crazy important reason.

Back around the turn of the century, white was one of the official colors of the Women’s Movement and the suffragists. The New York Times wrote about how Hillary’s white outfit to accept the nomination was symbolic of the movement that helped get us here.

While plenty of Hillary supporters are rocking fabulous Hillary t-shirts or even full pantsuits, others are wearing white for this more sobering reason. Less than one hundred years ago, women were not allowed to go to the polls to cast their vote.

But today, voters celebrate a vote for the first female president with the movement to #WearWhite. 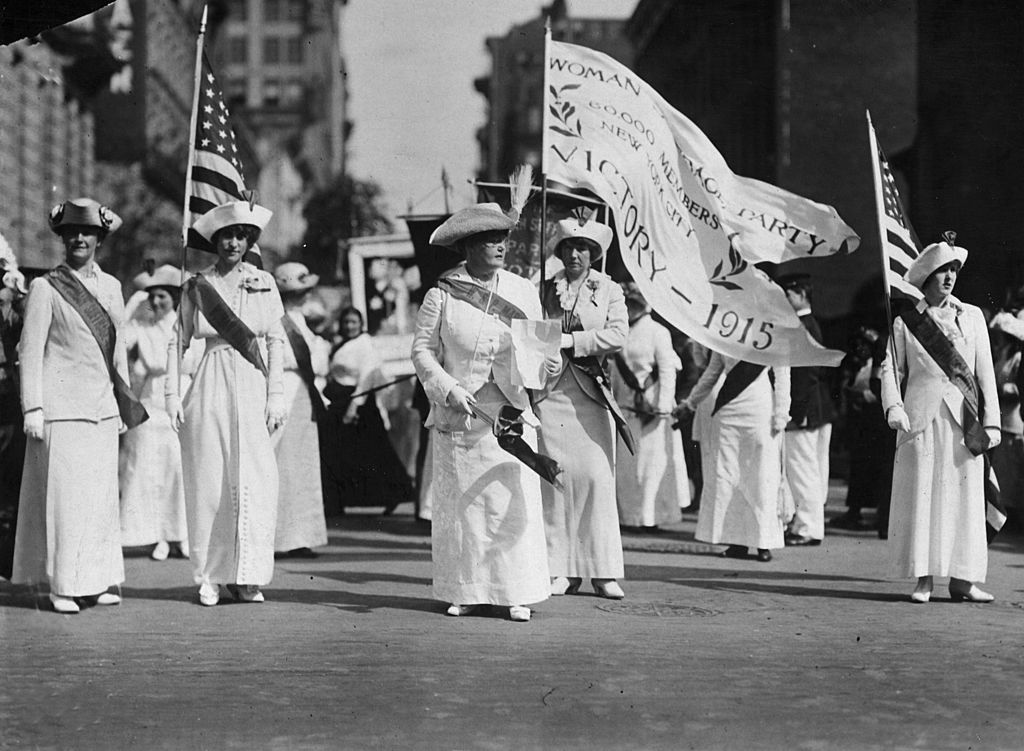 This is SUCH an important reminder about how far we’ve come in the last century. And Hillary’s campaign isn’t the only one to embrace it. Geraldine Ferraro, the first female vice presidential candidate on a major party ticket, wore white at the Democratic National Convention in 1984. Now Hillary’s supporters are honoring the badass ladies who fought for women’s right to vote. We are all for that!

People are honoring the historic moment in a number of ways. Some are wearing white. Others are putting their “I Voted” stickers on suffragette Susan B. Anthony’s grave. However you want to celebrate, we can’t deny that this is a historic day. And women’s voices mean more than ever this election season.

So many awesome people from across the country wore white as they voted today, and it was awesome.

Many are also using today as a moment to remember the history of women’s rights.

But one of our faves in white was definitely Jerry Emmett. The 101-year-old was born before women could vote and celebrated when she got to cast her ballot for Hillary.

We are SO proud to see all the girl power erupting in this election.

Get out there, VOTE, and if #WearWhite for all the awesome ladies who got us here.