Last night, the country (and the world) witnessed a televised debate between the first woman to be nominated for U.S. President by a major political party, Secretary Hillary Clinton, and the other interrupting, abrasive, sexist, racist, and frequently untruthful Republican candidate and questionable businessman, Donald Trump. This roundup of the best Internet reactions to #debatenight can give you an idea of how it went, as can this video of Hillary. false

Following the first debate of this election, the general consensus was that Hillary definitely owned the evening.

Following Hillary’s slayage of Trump, the Democratic nominee spoke to reporters on her plane about the victorious evening — and the fact that Trump has to know that he was completely unprepared. The reporters asked Hillary about Trump’s interview post-debate, in which he claimed that a microphone conspiracy attempted to throw him off: “My mic was defective within the room… I wonder, was that on purpose?”

Hillary had already walked away from reporters when they asked this question, but she had to unleash the ultimate zinger. The first woman Presidential nominee turned around and told them:

"Anybody who complains about the microphone is not having a good night." 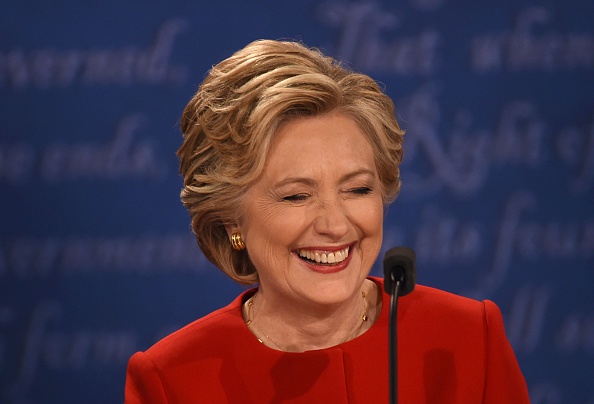