There seems to be never ending press coverage over Hillary Clinton’s pantsuits. This time, though, there was a message behind Hillary wearing purple during her concession speech, and it’s a truly important one. During this cycle, Hillary hasn’t veered away from her famous pantsuit and kitten heel lewk, and every suit she’s worn has been red, white, or blue. Totally expected, obviously, since those are the national colors, but that makes her wearing this grey and purple suit especially noticeable.

The purple represents the blending of the two party’s colors, red and blue. Classy as ever, Hillary Clinton chose to use her concession speech to deliver a message of unity in every way she could. 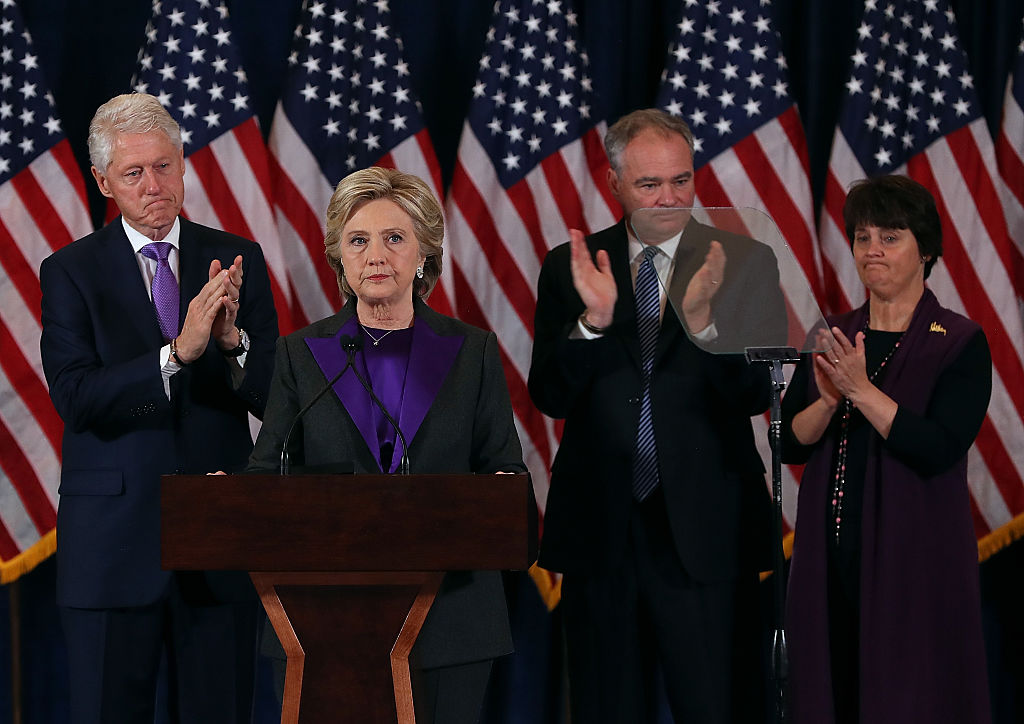 Even Bill was wearing a purple tie. In an election that has been almost too contentious between the two sides to stand, we really love and needed this gesture.

Of course, Hillary has been a public servant her entire life. While she might have been involved in some shady dealings or poor decisions during her long career, you can’t deny that this is a woman who genuinely loves this country. She’s devoted her lifetime to it, which is pretty much the most you could ask of anybody, so we didn’t expect her to come out trying to divide the country, naturally. 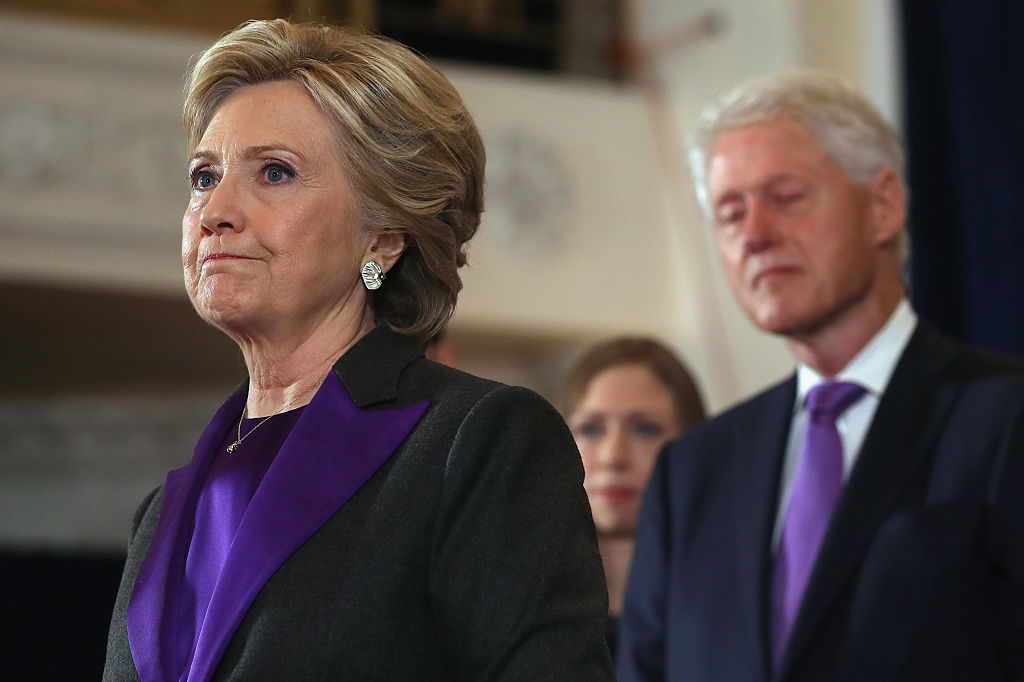 But it’s so easy to see how painful this was for her, and we really needed her to stand strong and help us start to heal during this difficult time, so we’re grateful to Hillary and her perfect purple pantsuit for doing so. She’s in so many ways the leader we all deserve.