When it comes to learning about space, we’re that nosy neighbor who can hardly keep track of what’s happening in her own galaxy because she’s too interested in otherworldly events. Thanks to NASA’s eavesdropping, we know what it sounds like when the Cassini spacecraft passes between Saturn’s rings, and ZOMG, we’re in full-fledged geek mode.

ICYDK, Saturn is one of our favorite planets to spy on, so we shall giddily consume every single picture from the Cassini spacecraft’s journey until it nosedives into the ringed planet’s atmosphere on September 15. We’ve already plastered that photo of Saturn’s famous hexagon all over the place (laptop background, office walls, waiting on someone else to make a T-shirt), but we don’t quite know what to do with these strange sounds emitted by Saturn’s icy rings. 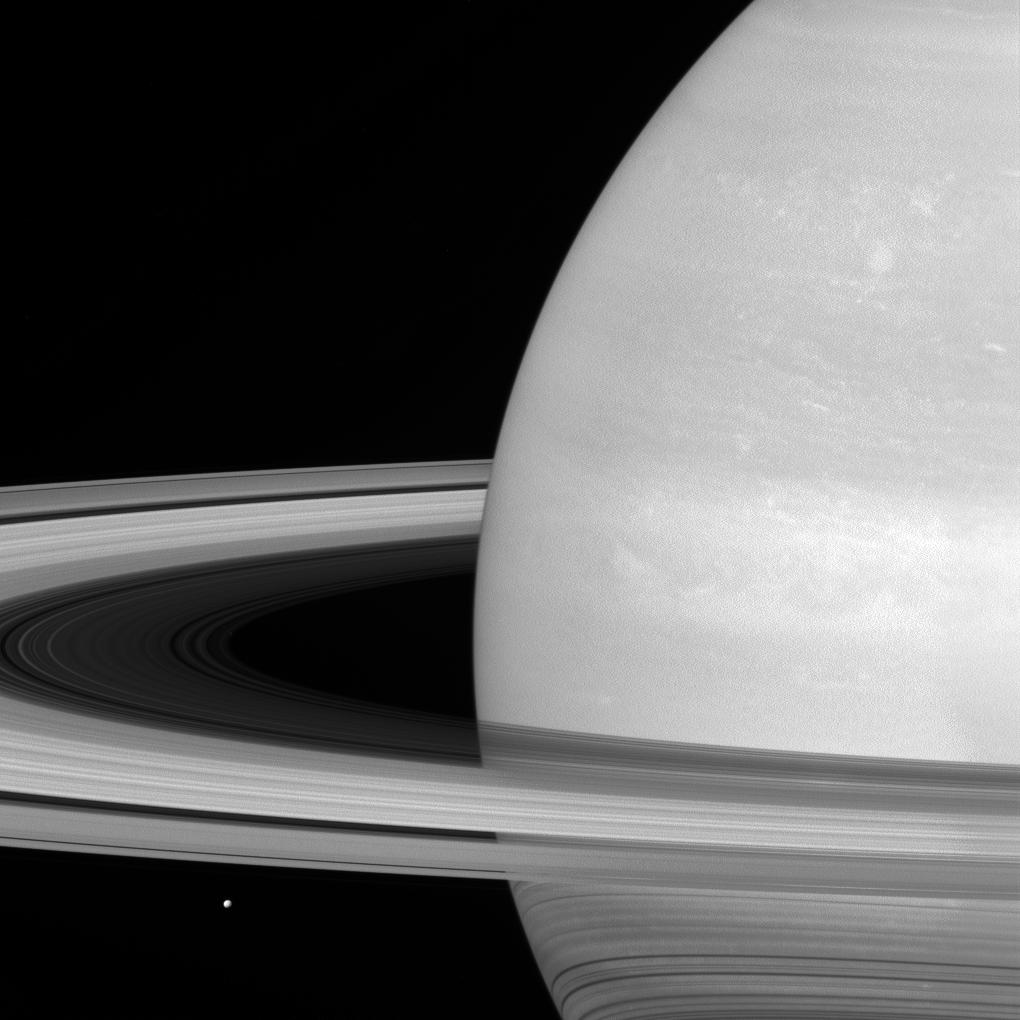 As Mashable reports, NASA released the audio files, which contain sounds from Cassini’s April 26 journey between Saturn and its innermost ring, which spans an incredible 1,500 miles.

Until we figure out what to do with these sounds (ringtone, maybe?), we’ll just savor this squeaky sonic space noise to listen to over and over again when we’re reminded of how badly we *really* wanna travel into outer space but can’t.

Or maybe not? We love you Saturn, but that’s not exactly soothing to our human ears.

Although scientists say the gap between Saturn and its rings is pretty empty compared to other parts of space around the planet, the combination of whistling, crackling, and static comes from a type of plasma wave that scientists plan to study in more detail.

“It was a bit disorienting — we weren’t hearing what we expected to hear,” Cassini scientist William Kurth said in a statement.

Ah, we’d have to agree with that scientific assessment, but that doesn’t mean we’re not perched on the edge of our seats, waiting for Cassini to treat us to more of these wonderfully strange space sounds.