The 2018 Screen Actors Guild Awards have officially given us our new dream celebrity duo. Two of our favorite stars ended up next to each other on the red carpet, and magic ensued. Seriously, the photos are proof that Kristen Bell and David Harbour should star in a TV show together, like, immediately.

Bell, who is the first-ever host of the SAG Awards, appeared on the red carpet looking gorgeous in a dark pink strapless gown. Harbour, appearing at the awards for his performance in Stranger Things, was next to her as they took individual photos. One minute they were taking pictures on their own, the next, they were making each other laugh and offer up some seriously theatrical performances, and making us realize that they are the celebrity best friends we never knew we needed.

Just look at how cute they are together! Can’t you see them making the funniest and most relatable TV show of all time? It would allow us to see the goofier side of Harbour we don’t see on Stranger Things, and, let’s be honest, we would never pass up a chance to see Bell do basically anything. 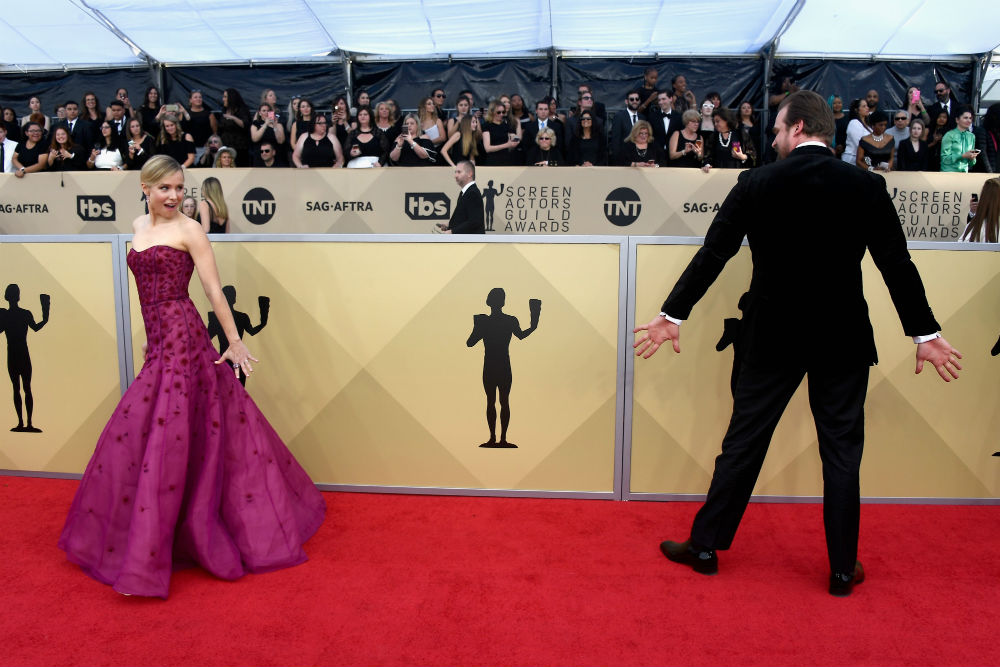 We aren’t the only ones who are into this pairing. Twitter agrees:

It looks like the two talked and hugged behind the scenes, and according to one person, Harbour even told Bell she was going to “kill it” as the host:

Okay, it’s time to start brainstorming about how we can get Bell and Harbour on board. But judging by how well they seemed to get along on the red carpet, it doesn’t seem like it will be too hard to get them to agree.