Here’s why it’s impossible to tickle yourself

Have you ever noticed that certain areas of your body are more ticklish than others? If someone tickles your shoulder, you might not feel a thing, but have them tickle your armpits or the soles of your feet and you’re sure to squirm. That’s because these body parts are packed with nerve endings, the fibers of the nervous system that perceive outside information and send it up to the brain.

Read more: There Are Two Types Of Tickling

According to Sarah-Jayne Blakemore, a neuroscientist at University College London, different parts of the brain activate if someone else is tickling you than if you’re tickling yourself. When someone else tickles you and you start to laugh—a phenomenon known as “gargalesis“—both the touch and emotion and reward centers of the brain are activated. Some scientists think that this laughter may be a “false alarm” response. Our brains detect the startling contact as a potential threat, and then we laugh to signal to others that there isn’t any danger after all. 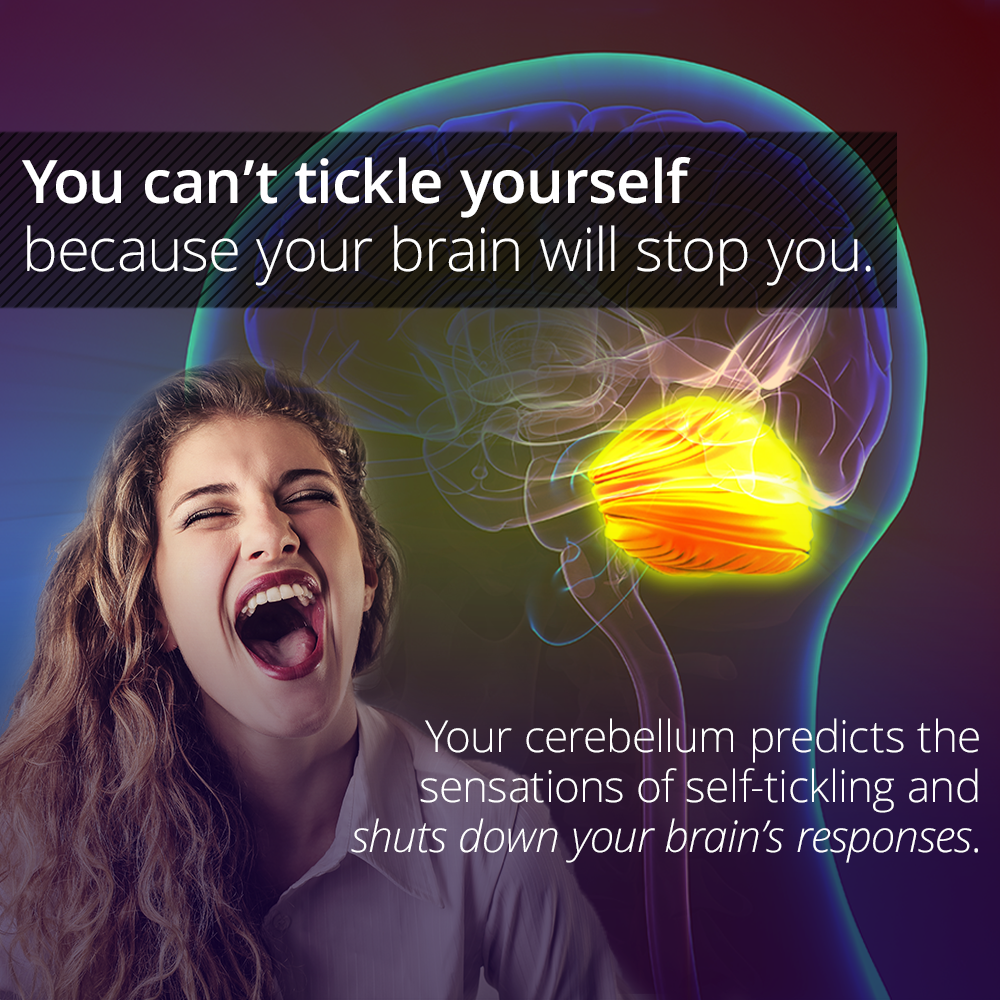 Read more: It Is Impossible For A Human To Be Double-Jointed

When we tickle ourselves, however, a completely different part of the brain activates: the cerebellum. This area controls and, most importantly, predicts muscle activity. Since humans are self-aware, their cerebellums warn the rest of their brains of the self-tickling and silence the alarm bells. No laughter, no fun. Interestingly, people with schizophrenia often can tickle themselves, likely because unusual variations in their brains keep them from logically connecting their own movements to the resulting tickling sensation.

Scientists hypothesize that laughter has several other evolutionary purposes. The ability to laugh can be a sign of social intelligence. Gargalesis is only experienced by humans and primates, so we likely inherited this tendency as a way to strengthen social bonds. It may also be an important method of communication between parents and their babies before the infants are able to talk. That means tickling isn’t just a hilarious sensation; it’s also a sign of your humanity.