At the Disney’s D23 fan expo, Bésame Cosmetics revealed their exclusive Snow White and the Seven Dwarfs collection, on which we got the exclusive scoop. Starting this weekend, fans attending the expo in Anaheim, CA are able to purchase two pieces from the upcoming 15-piece collection: The 1937 Storybook Palette, a 20-shade eyeshadow set, and The Vanity Mirror, a sleek, gold handheld mirror.

HelloGiggles is on the ground at D23 so we *had* to check out the Bésame Cosmetics collection in person. The vintage-inspired brand is known for bringing quality formulas and beautifully intricate packaging, and we were more than excited to see it in all its glory.

Bésame’s founder, Gabriela Hernandez, shows us what The 1937 Storybook Palette looks like inside. 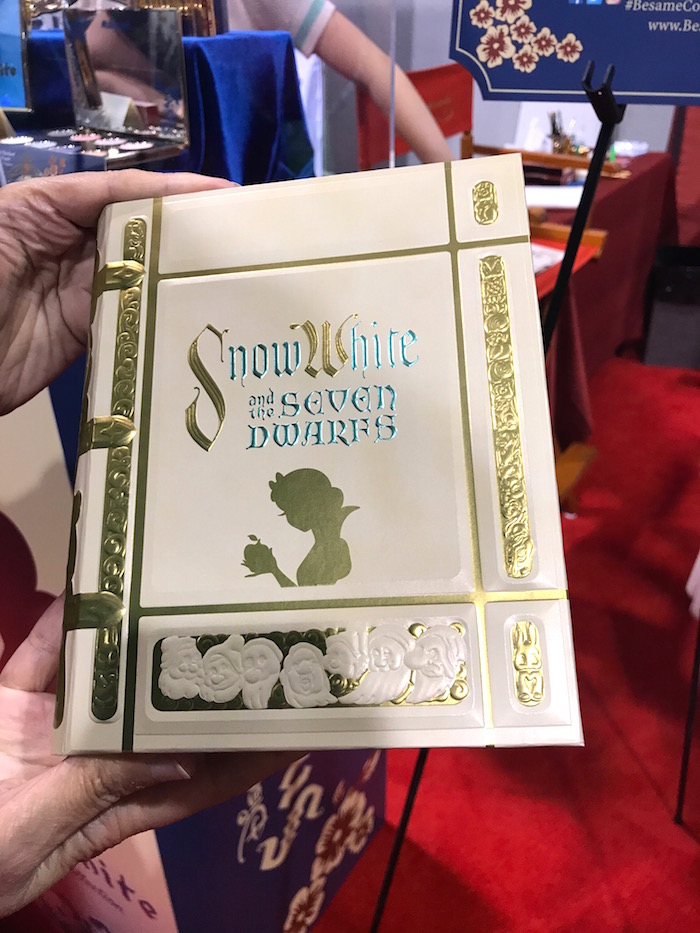 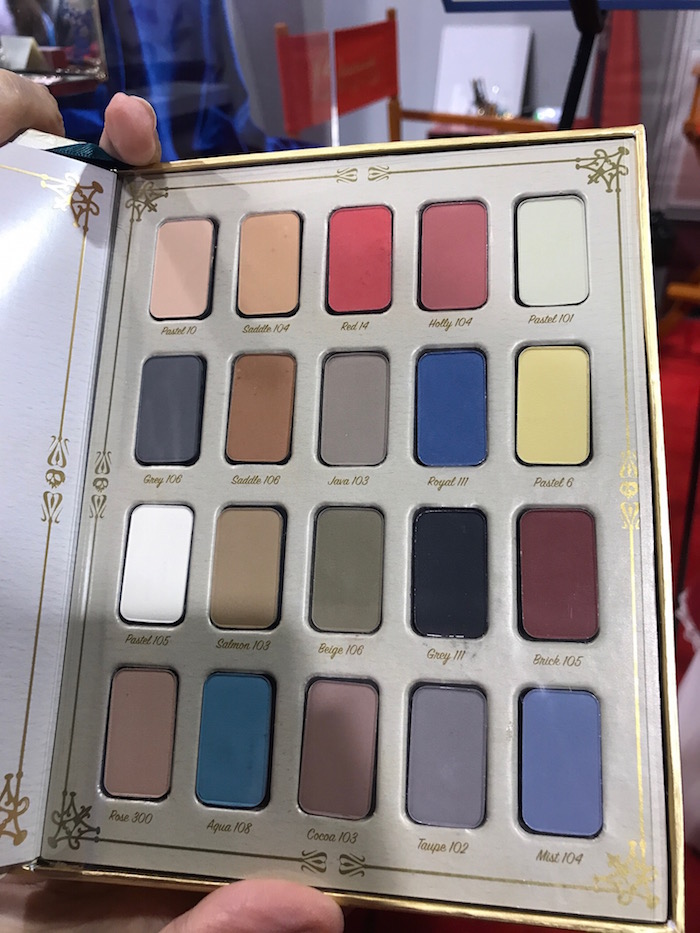 A list detailing every shade and which feature of Snow White it corresponds to is included in the palette. 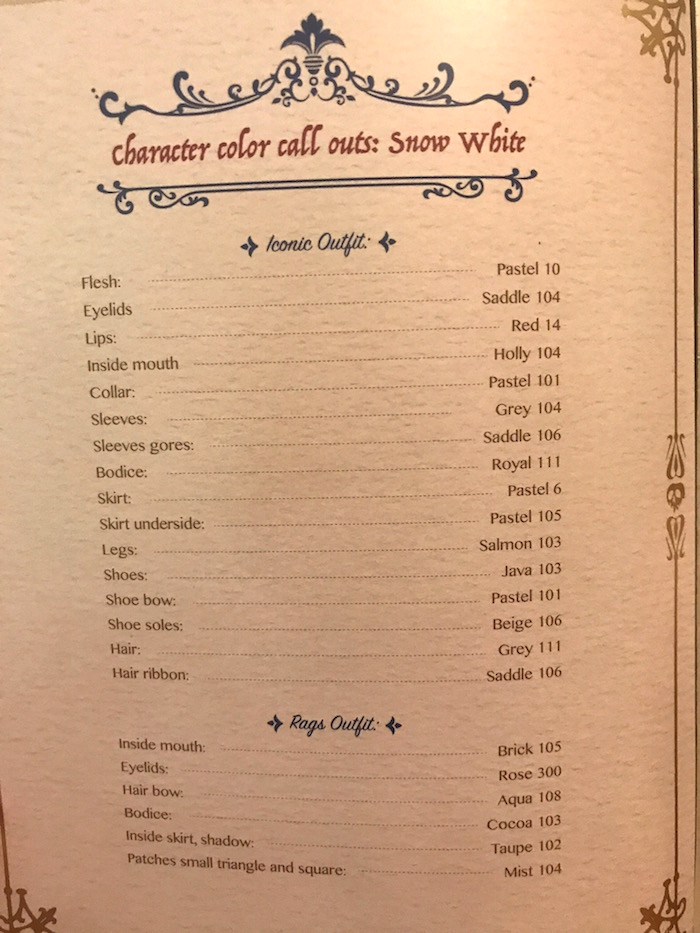 Here is what the rest of the collection looks like. Brace yourself, because it’s so purdy, it just might make you faint. (We hope not, but we still must issue this warning.) 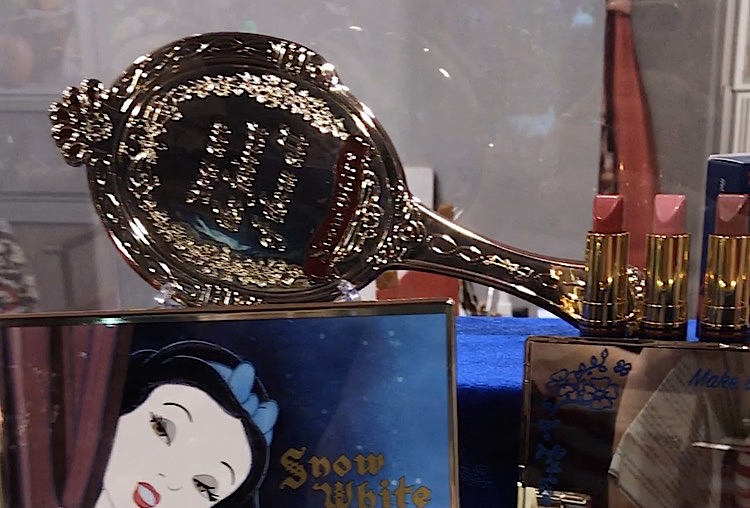 The handheld mirror is made from gold-plated metal with enamel fill. How beautiful would that look on your vanity? (Or in your purse, because using this mirror to check if something is in your teeth instead of your camera phone would be so deliciously extra.)

Ever After Translucent Pearl Powder 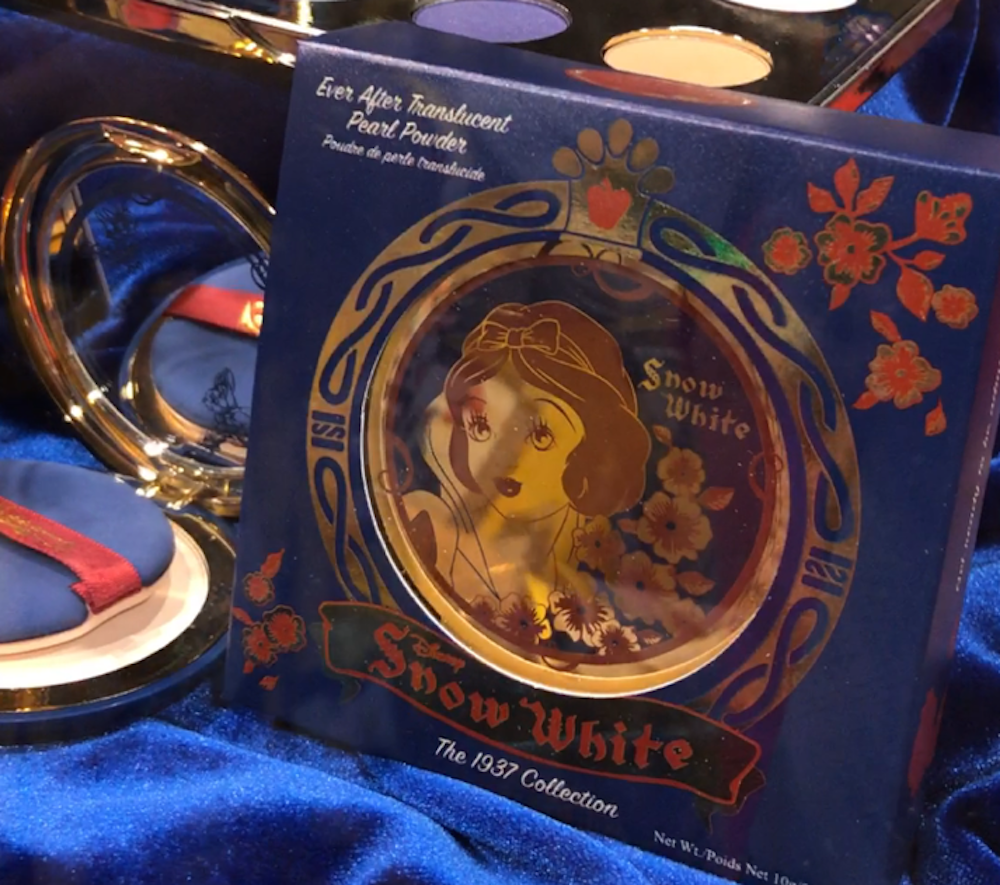 The drawing of Snow White on this pearl translucent powder has an interesting backstory. The movie had one of the largest assortments of merchandise in Hollywood history when it was released, so there were dolls, figurines, board games, and even shoes and accessories. Gabriela tells us that the artwork she used for the powder was actually from a trading card — not art from the actual movie. 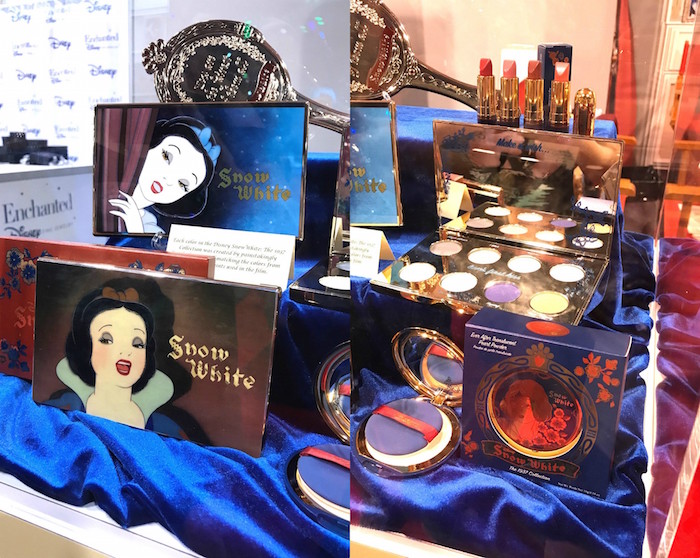 Aside from The 1937 Storybook Palette, there are two eyeshadow sets called the I’m Wishing Palette and the Keep Singing Palette. The color stories are from two different scenes — when Snow was at the wishing well and the famous scene of her in the forest.

With a Smile and a Song Cream Rouge 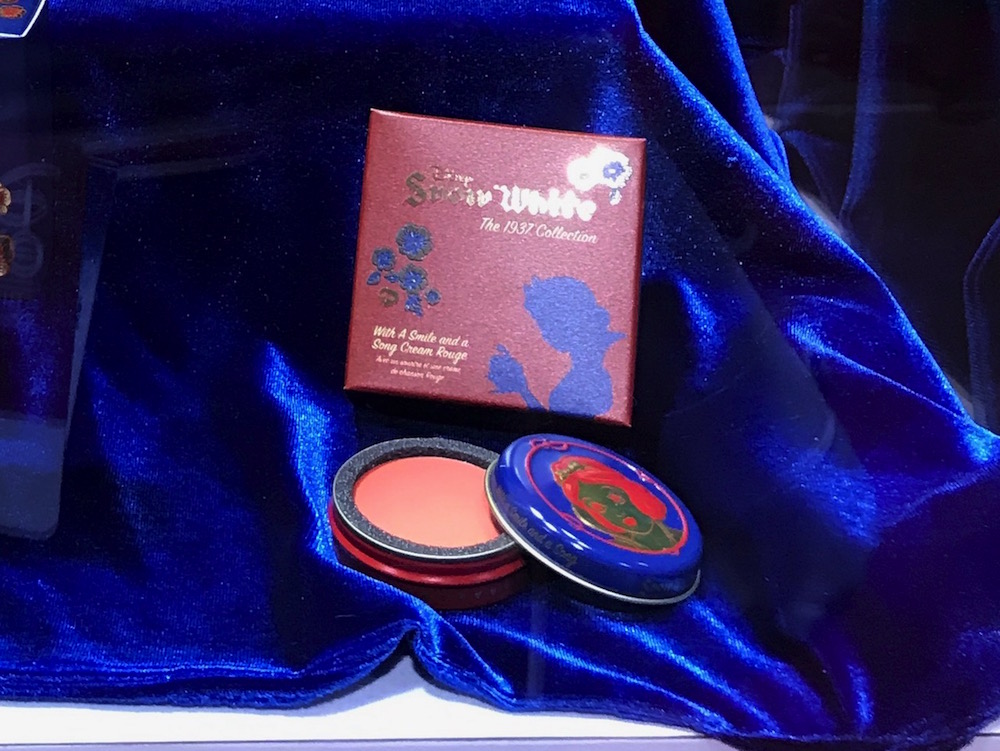 In our previous coverage Gabriela explained how the women who colored the cells for the original film used their own blush, and she reaffirmed this fun fact at D23. “This is the actual color of the rouge that they used on the lips and cheeks in the wishing well scene,” she said. 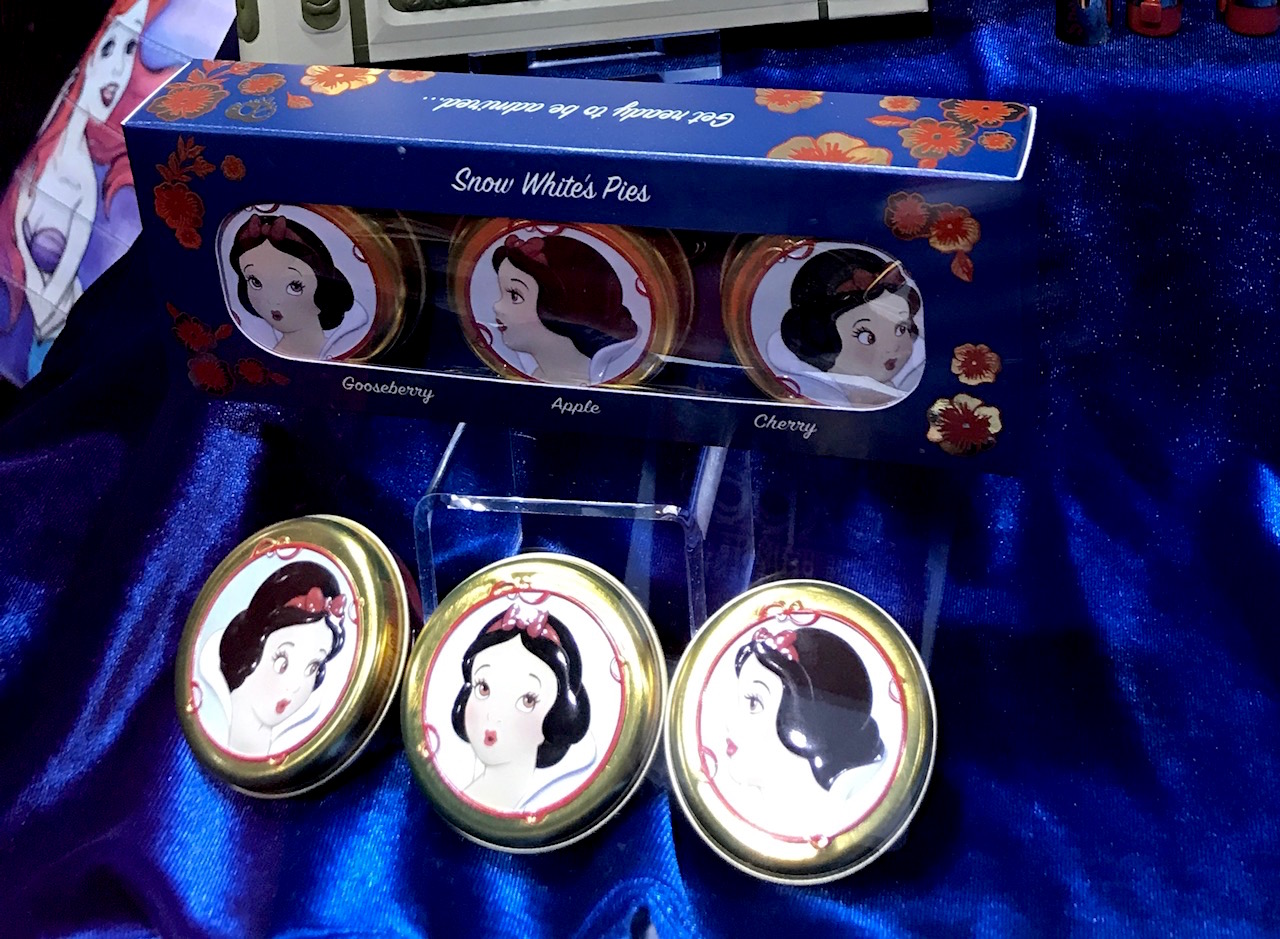 This triad of lip balms is inspired by the scene where Snow White is baking pies and singing, “Someday My Prince Will Come.” There’s a Gooseberry scent (like the pie she was baking), Apple (like the poison apple!), and Cherry. Gabriela says the lip balm art was based on drawings from a coloring book. 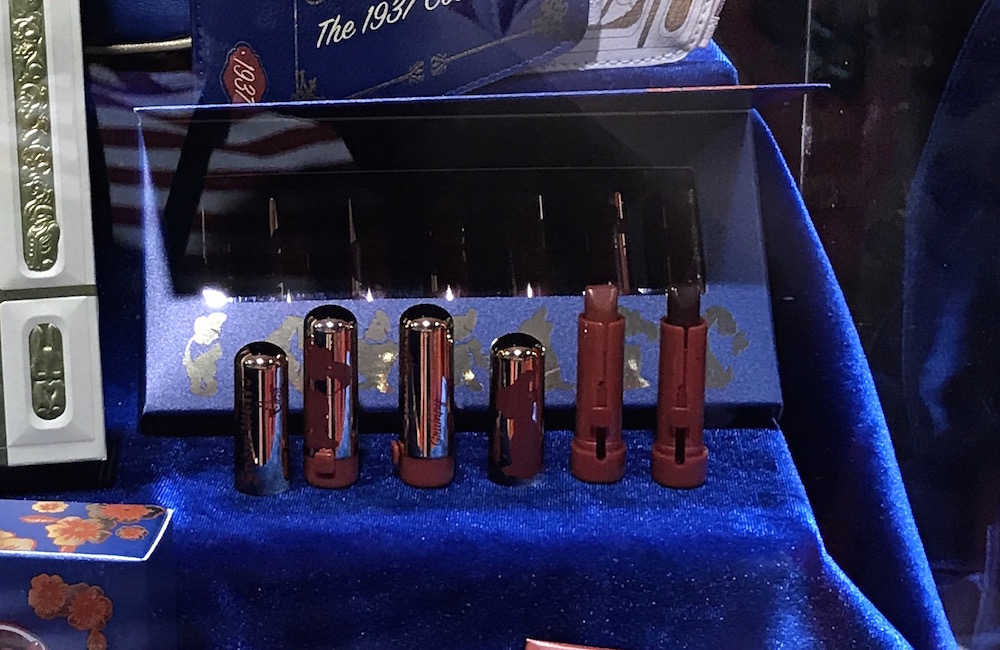 A mini lipstick for each dwarf, how cute is that?! Gabriela tells us,

“They're all different colors. You have the neutrals and pinks, but they're based on the colors of the jewels from the mines. Dopey is the diamond, so his color is actually a transparent shimmer that goes over any lipstick to make it shine. 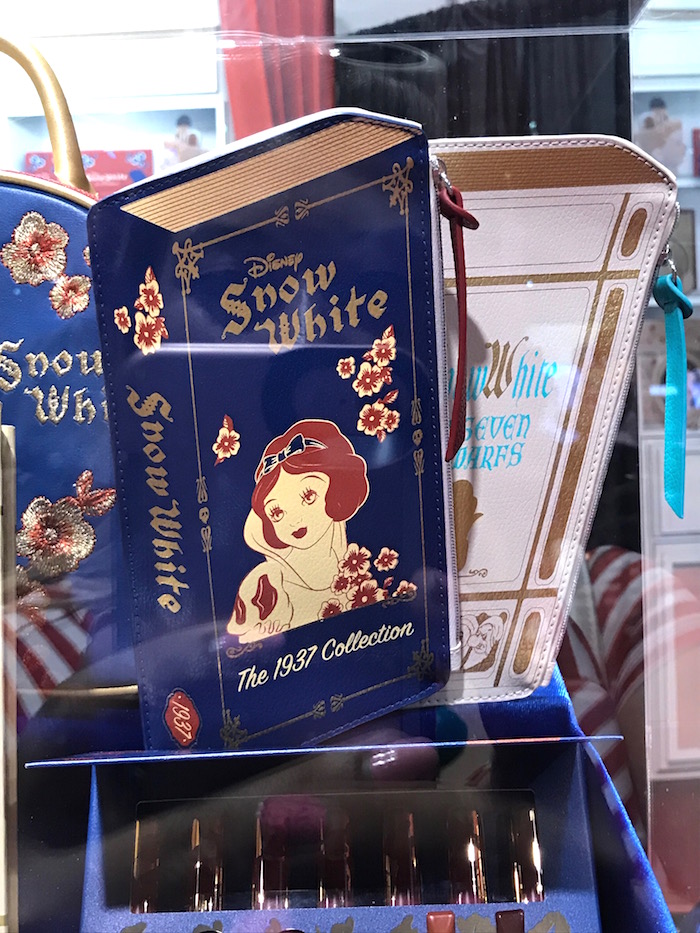 Two of the bags are designed to resemble storybooks from the film, but there’s also the makeup travel case. It features pockets on the interior that are embroidered with the 1930s artwork.

Ranging from $15 to $68, the collection will be launching at Bésame Cosmetics, Disney, and select retailers this September.