Let’s start with the obvious, aside from the shared network: small, sleepy fictional town where everyone knows everyone’s business. High school setting where the actors are above high school age. Relationship drama out the wazoo from both parents and kids alike.

But did you know these generation-straddling series also share the same executive producer? Riverdale E.P. Greg Berlanti’s first TV gig was actually writing and executive producing Dawson’s way back when it premiered in 1998, and guys, this explains SO MUCH.

Not that we’re complaining — Dawson’s Creek is this writer’s favorite show of all time. And while it’s true that the ’90s-ness of that beautiful series would probably not hold up today in the same way, it’s nice to have a new one that can carry on its legacy with a modern flavor.

So with that, here are the biggest elements of Riverdale that have us time-traveling back to Capeside, Massachusetts circa 1998.

Oh, Miss Grundy. Tamara Jacobs did it first, and she did it with inappropriate movie references and more than a four-episode character arc.

(Disclaimer: Neither of these situations are okay.) 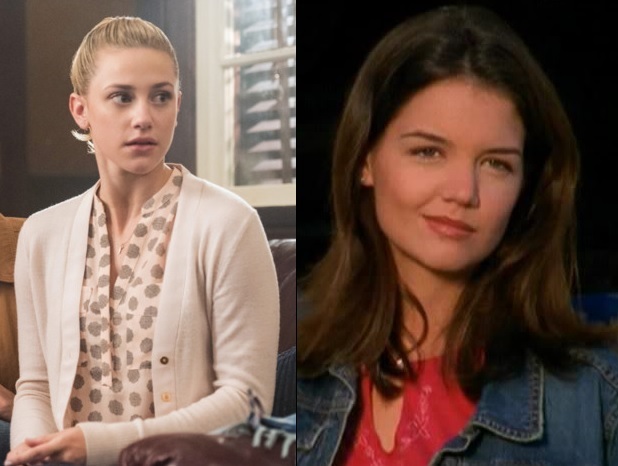 Granted, Betty is a peppier version of Joey, but growing up right next door to the quintessential main-but-least-interesting-in-the-series Archie/Dawson plus being a perfectionist student plus having an effed-up family? Yep.

…Who then falls for the loner rebel best friend… 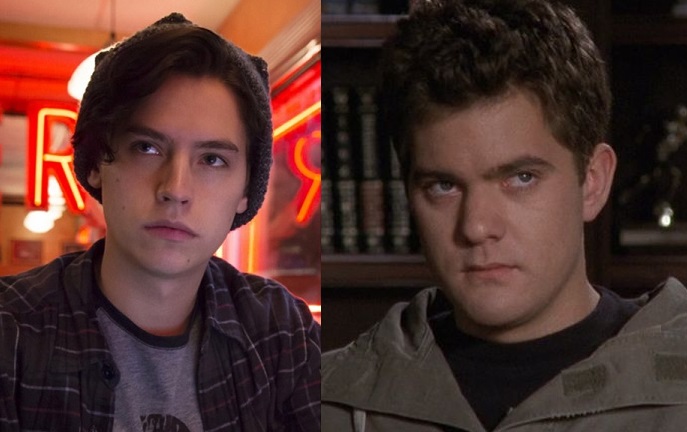 IF YOU DUMP BETTY AT PROM, JUGHEAD, I SWEAR.

…Who hates his birthday…

The Jughead birthday-party angle in the last Riverdale episode is probably the most obvious culprit here. It is a total parallel to a Season 4 episode when Joey threw Pacey a party and he got pissed off because of his “birthday curse,” having only wanted to spend it with Joey. But she threw him a party anyway — and of course, just like in Riverdale, hell ensued. Betty, why didn’t you learn from your predecessor?

At least they both got cake.

Oh, and also, just like Dawson, Archie cannot hold his liquor. Which he shouldn’t be imbibing anyway. Kids.

One of the running jokes about Dawson’s Creek was the whole Joey-climbing-in-Dawson’s-window thing, which we admit we kind of agree with the fictional Kat Stratford’s dad about. I mean, it’s dangerous. https://www.youtube.com/watch?v=TXs8onrvGYU

But Riverdale totally brings this back to life with Jughead and Betty, and now we are swooning like we’re 13 again.

Did we mention the ~experienced~ new girl in town from New York City? 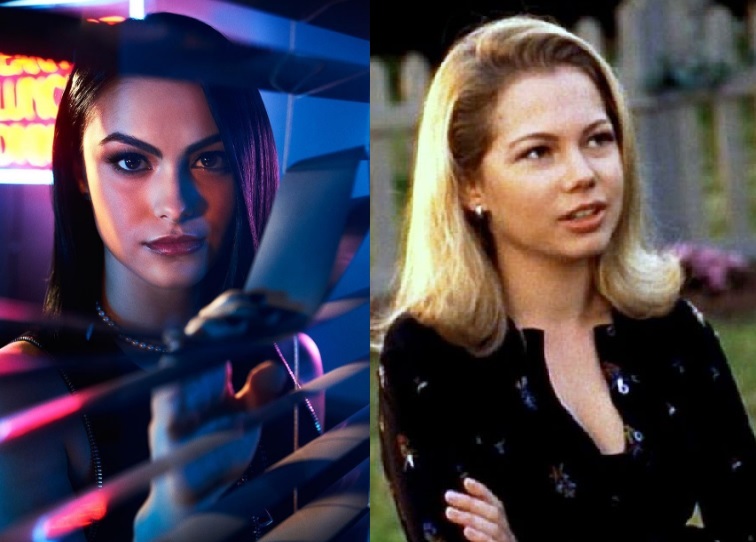 Veronica Lodge, meet Jen Lindley. You’re not fooling us by switching the two main female characters’ hair colors, by the way, Dawson’s folks. We see you.

…Who totally shows up the cheerleading captain?

None of us will forget the Veronica Lodge vs. Cheryl Blossom dance-off anytime soon. I mean, look at the moves. Look at them.

But do you remember when the original Girl from New York City, Jen Lindley, told off Belinda McGovern, the cheerleading captain? Instead of a tryout, she basically told her to shove it, and was put on the team anyway because of how much respect her speech garnered. Talk about a parallel moment.

THE SCHOOL COLORS ARE EVEN THE SAME, GUYS. 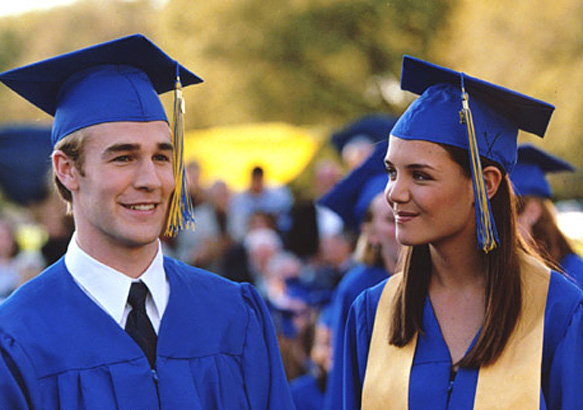 So if you’re of a certain age and wondering why you’re sucked into this beautifully warped teen drama, you’re welcome. We’re right there with you, holding our breath for the next episode to drop April 27th. And in the meantime, we’ll be over on Hulu reliving our favorite moments at Capeside High.