Heather sat down with Cosmopolitan and shared deets about working with Anne Hathaway (Mia Thermopolis), famous director Garry Marshall, who recently died, and the possibility of a 3rd movie coming to fruition. 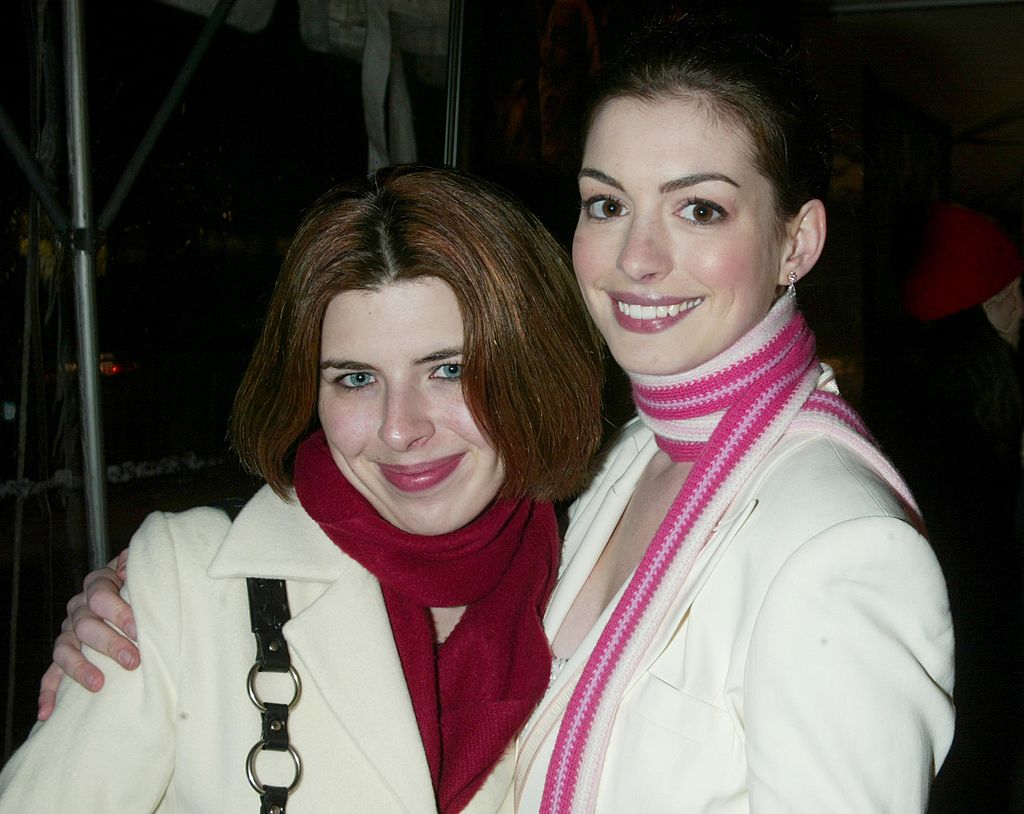 Ever wondered how well Heather and Anne – Genovia’s princess, Mia Thermopolis  – got along? Well, wonder no longer! Heather reveals that it was super simple to play Anne’s bestie in the film.

“She’s such a warmhearted, beautiful, sweet, soulful woman, and she was such a warmhearted child.” And according to Heather, who compared herself to a teenage Janeane Garofalo, that’s why they gelled so well. “Garry was like a sommelier of chemistry. … Wegot along famously.”

And when asked about their working relationship, Heather reminisces about the infamous bleacher scene where Mia takes a bit of spill.

“There was the scene that we were filming on top of the school in San Francisco when it was raining, and Annie and I are walking up and down these bleachers and she falls. And we stop, I’m like, “Are you OK?” and she’s like, “Yeah,” and we just keep on going with the scene. We don’t stop, we don’t end. It was such a testament to the kind of person that she is, not just professionally but personally… That’s Annie in a nutshell: You fall, you laugh, and you keep going”

Don’t worry, Heather. We just love ourselves some Anne, too.

Heather also spoke extremely fondly of Garry, revealing how he loved to throw parades during breaking in taping!

“Out of all the directors that I’ve ever worked with, he is my favorite. He would throw parades! His motto was ‘Life is more important than show business.’ His family meant everything to him, so when he was working, it was a family atmosphere.”

There have been quite a few rumors about a 3rd Princess Diaries happening. Heather doesn’t know of any immediate plans, but reassured fans that as long as Anne and Julie Andrews are down, she will be too!