Harvey Weinstein’s behavior was an “open secret” in Hollywood — so why are only women being blamed for their silence?

On October 10th, Ronan Farrow published an article in The New Yorker that detailed three rape allegations against the Hollywood executive and over a dozen additional accounts of sexual assault and misconduct. It included a chilling audio recording of Weinstein making aggressive sexual advances towards model Ambra Battilana Gutierrez.

I waited for the chorus of “Why didn’t any of these women come forward sooner?” to begin. I didn’t have to wait long.

Social media lit up with victim-blaming commentary from folks who refused to consider why these women kept silent. After all, people like Gwyneth Paltrow, Angelina Jolie, Ashley Judd, and Rose McGowan are wealthy and successful. These users wondered, “What did they have to lose by coming forward?”

Well, “their careers” come to mind. Their reputations. Everything they’d spent years working for. 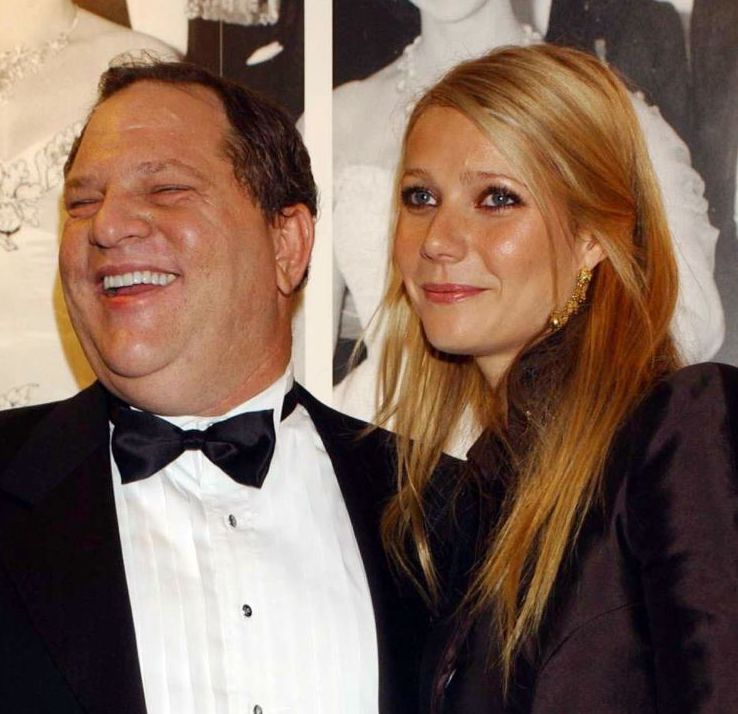 Since women like Paltrow, Jolie, and Judd epitomize success and wealth, it seems that many people view them as untouchable, as the types of people who can “safely” report sexual violence, be believed, and not lose anything in the process.

But that’s not how sexual violence and the abuse of power works. Money and celebrity status don’t preclude vulnerability, and these women’s careers were at the mercy of Weinstein.

Paltrow was just 22 years old and at the beginning of her career when Weinstein allegedly sexually harassed her. “I was a kid,” she recalled. “I was signed up. I was petrified.”

It’s no secret that actresses have shorter career windows than actors. Although there are exceptions like Meryl Streep and Helen Mirren, the vast majority of actresses struggle to find work once they hit the age of 40.

And in addition to being concerned about their career trajectories, victims of sexual violence very frequently experience shame, guilt, and confusion — no matter how much money is in their bank accounts.

According to a report by the U.S. Equal Employment Opportunity Commission, one in four women experience workplace harassment, but up to 94 percent of victims don’t file a complaint.

Although we may not have much common ground with these A-listers, this particular plight is painfully relatable. It’s a reminder that, with men in control of nearly every industry, even the most successful women are vulnerable to male predators like Weinstein.

And, of course, one of the most classic victim-blaming arguments in the book has also been raised: “By staying silent, they allowed this to happen to other women.”

Let me rephrase that, because this is what those critics are really saying: “Women need to learn that they're nearly always responsible for crimes committed by men.

Weinstein’s behavior was an open secret in Hollywood and beyond — and men were certainly in on the secret. In 2013, Seth MacFarlane announced the Academy Award nominees and jokingly told the women in the Best Supporting Actress category, “Congratulations, you five ladies no longer have to pretend to be attracted to Harvey Weinstein.” This week MacFarlane said he made the joke after a friend told him her story about an encounter with Weinstein.

Paltrow confided in then-boyfriend Brad Pitt about Weinstein’s behavior, and he confronted the executive at a movie premiere. Pitt later continued to work with Weinstein on films such as Inglorious Basterds.

I haven’t heard anyone question why Pitt, MacFarlane, or any of the many men undoubtedly aware of Weinstein’s behavior didn’t go to the press or actively work to expose him.

This week, Jessica Chastain, whose breakout role was in the 2008 film Jolene, stated that she was warned about Weinstein “from the beginning” and called out the sexist double standard that has reared its head over the past week.

Based on Chastain’s statement about being “warned,” it sounds like women victimized by Weinsten responded in a manner that’s all-too-familiar to so many of us. We’re afraid to go public or file a police report against a sexual predator due to trauma and the cruel treatment of many survivors, so we do the best we can — we warn the women around us and hope our warnings spare at least one person.

But this isn’t just about the actors and the male producers who could have spoken up.

The consensus is that Weinstein’s behavior was an “open secret” not just in Hollywood but among major media outlets, too.

The New York Times itself reportedly buckled under pressure and scrapped a story on the Weinstein allegations in 2004. Farrow’s report ran in The New Yorker after NBC told him to stop pursuing the matter.

So why are the Weinstein revelations suddenly making headlines now? I’d venture a guess that it’s related to the fact that his success has waned in recent years. He no longer wields the power he once had, and therefore it was safer for The New York Times to finally publish a story brought to its attention over a decade ago.

Harvey Weinstein, and Harvey Weinstein alone, is responsible for his actions — but these revelations are about far more than one man who abused his power to sexually victimize women. For three decades, complicit people and organizations across the board looked the other way, rather than risk Weinstein’s wrath.

When it comes to the apparent cover-up, this isn’t about one person or one publication.

It’s about a society and a culture where powerful men are aided and abetted at every turn, and Hollywood is far from the only industry where this occurs.

Things need to change, and everyone must participate. That means we need to fight the victim-blaming culture that simultaneously doubts women who come forward and shames those who don’t. It means men need to use their own power to be allies. And it means that “Well, it was an open secret,” is no longer an acceptable excuse.