Today is One Direction member Harry Styles’s birthday, and like many people, he marked the occasion on social media. But unlike most people, his birthday post also served as a subtweet to his famous ex — none other than Queen of the Girl Squad, Taylor Swift.

In a wink to his dating history, Styles, who turned 22 today, tweeted out one of Swift’s most recognizable lyrics, from none other than her song “22”:

One Direction fans and Swift fans alike are freaking out over the message (especially since Styles has recently been romantically linked to Swift squad member Kendall Jenner): 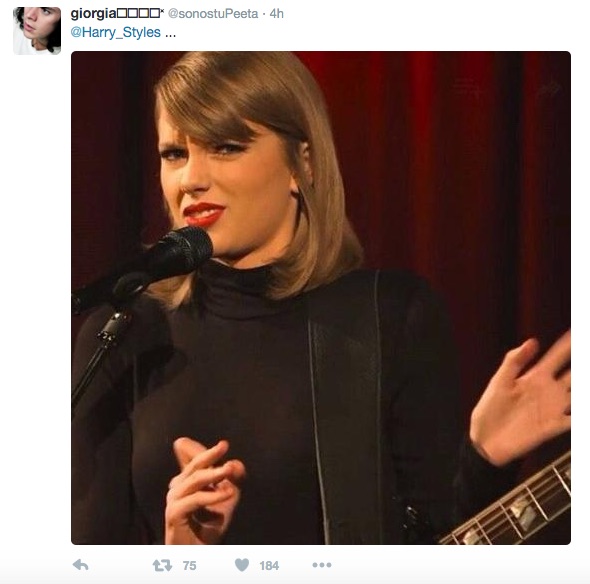 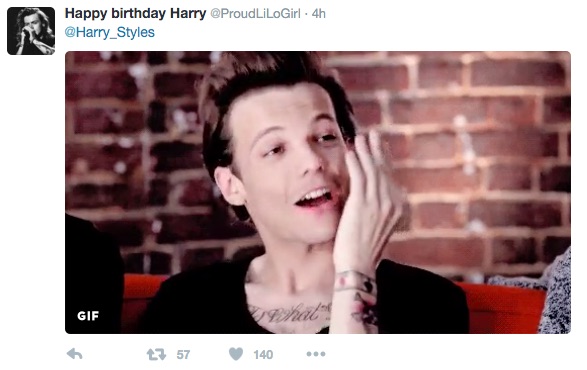 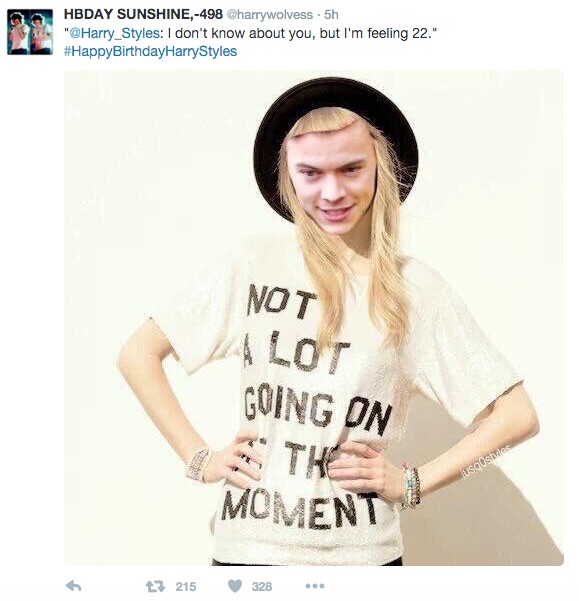 Swift herself hasn’t publicly reacted to the shoutout, but chances are that she appreciated it for the laugh it was. After all, this just cements the fact that she created a song that defines an entire age, for her famous exes and literally everyone else.