Last week, The Hallmark Channel decided to pull an ad from wedding company Zola that featured a lesbian couple kissing at the altar. The decision sparked admonition via Twitter from other networks and streaming sites like Netflix and Freeform. By speaking out publicly, these rival networks helped push Hallmark to backtrack on its decision, which never should have been made in the first place. 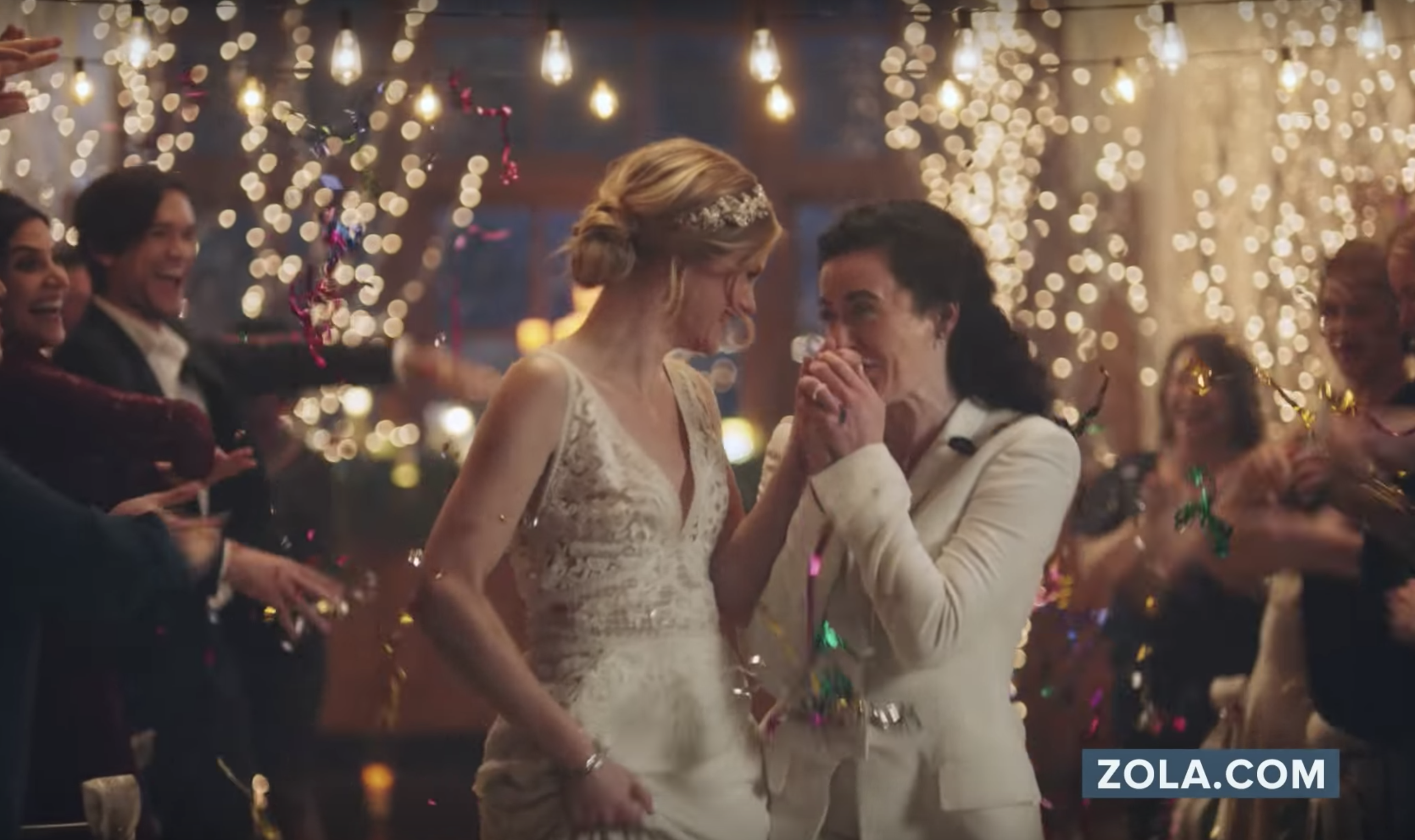 One Million Moms, a conservative advocacy group, put pressure on Hallmark to remove the Zola commercial. According to CBS News, the family-friendly network, which is currently showing its slew of holiday-themed movies, decided to remove the ad in order to appease the group.

"The debate surrounding these commercials on all sides was distracting from the purpose of our network, which is to provide entertainment value," Molly Biwer, senior vice president for public affairs and communications at Hallmark, said in a statement per CBS News.

This didn’t sit well for many Hallmark fans and rival networks.

Freeform added, “This is what happens when you focus all your energy on exclusion instead of clever plotlines. Call us, @Zola. We celebrate the holidays with everyone.”

And other big names like Ellen DeGeneres, Sandra Bernhard, and William Shatner also joined the fight.

On Sunday, December 15th, Hallmark responded to the public outcry regarding its removal of the Zola ad, and agreed to reinstate the commercial on the network if Zola gives the okay.

"The Crown Media team has been agonizing over this decision as we've seen the hurt it has unintentionally caused," Hallmark CEO Mike Perry said in a statement. "Said simply, they believe this was the wrong decision...We are truly sorry for the hurt and disappointment this has caused."

Perry also stated that Hallmark will be working with GLAAD (Gay & Lesbian Alliance Against Defamation) “to better represent the LGBTQ community across our portfolio of brands.”

Ironically enough, this entire controversy comes after The Hallmark Channel vowed to include more LGBTQ relationships (and overall diversity) in its upcoming Christmas movies. We hope that the network sticks with its promise and doesn’t fold because a single organization expresses upset.