It doesn’t matter how many years have passed, Kristen Stewart will never stop being asked about Twilight. Kristen Stewart appeared on Ellen DeGeneres and talked about what she remembers from her Twilight days. At 17 years old, she became a household name, when the Twilight film series became one of the largest grossing YA film series ever. With the extreme, nearly overnight fame, came a lot of discomfort.

Ellen showed Kristen Stewart a picture of the Twilight cast and asked her what that time in her life means to her, Stewart responds, “Really uncomfortable hair extensions?”

Gurl, we so relate. Remember that time we dyed our hair purple, much to our big sister’s horror, and thought we looked so cool? The pictures not only prove otherwise, but remind us of how fried our hair was, having bleached it first to get the color to take. UGH.

Kirsten’s never looked as wonky as we did, though. Her extensions may have been uncomfortable, but they looked lovely.

We LOVE her new, more mature look, though. 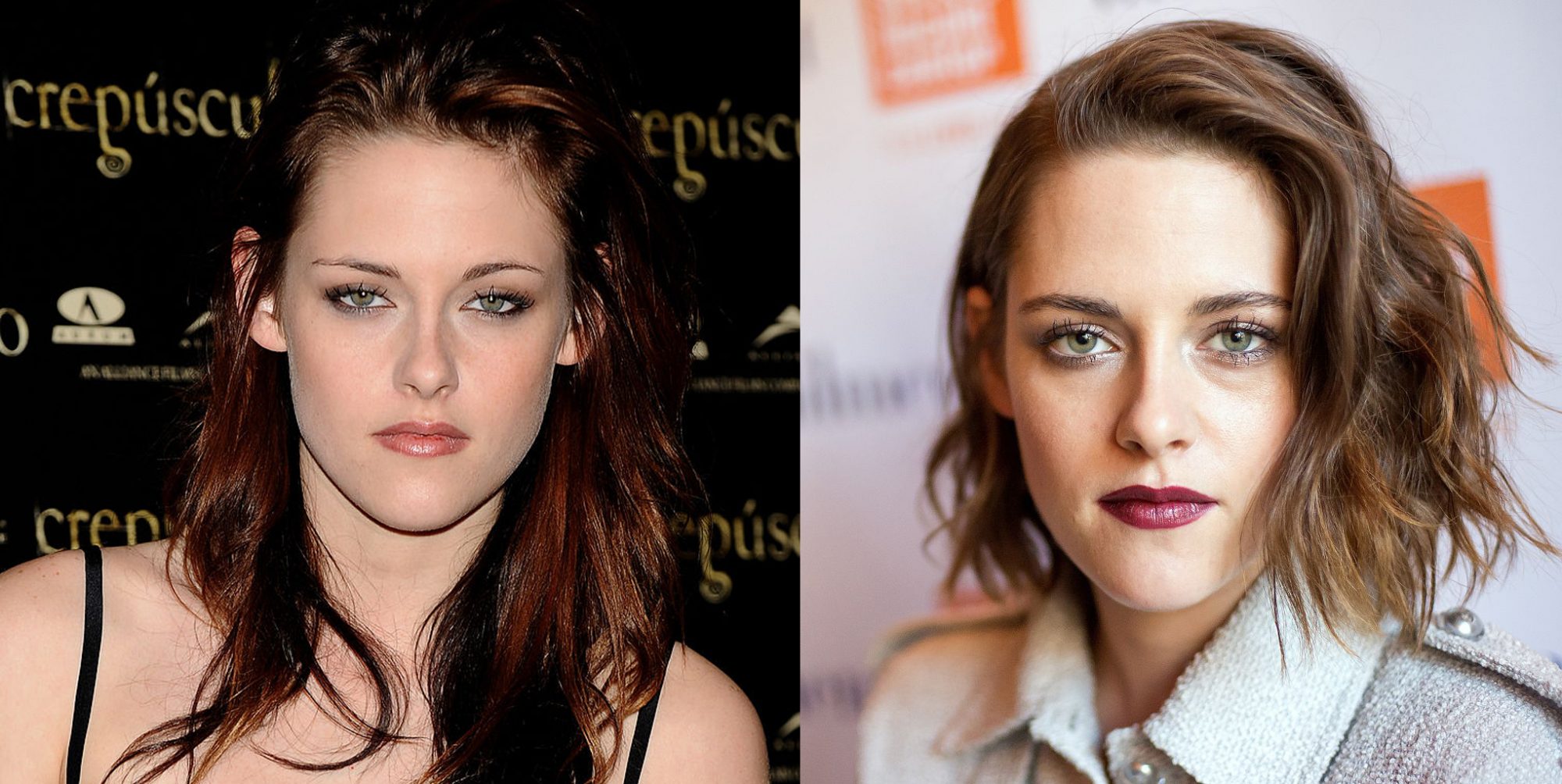 “I look at those photos and I feel like I’m looking at a college yearbook,” Kristen continues, sporting a much simpler, and way more glamorous short, sleek bob. “It was just after my high school experience would have been, so it feels like just after.”

We’re guessing the 26-year-old remembers what it felt like to not be totally comfortable in her own skin. But unlike us, she had to live out that time under public scrutiny. “Something personal became not the most personal thing, which is awesome because to share that is great, but at the same time I was 17 or 18 when it all kind of went down, and that’s the most uncomfortable, terrible, weird [time].”

Ohemgee if we’d had the whole world watching us during our college-age years, we would’ve been so embarrassed. At least Kirsten was building a body of work that will continue to bring joy to many for years to come. And now she looks slamming.

“[Twilight] was something I really invested in,” she says. “It mattered to so many people.”