Getting inked for the first time is often pretty tough. But, if you need some inspiration, you might love Hailey Baldwin’s reason behind her first tattoo. The model, daughter of actor Stephen Baldwin, currently has 17 tattoos all in all — but the tat that started it all shows a ton of thought.

Baldwin gets her tattoos done by celeb tattoo artist JonBoy. And while she has a few different designs, the first one was inspired by her parents. She spilled the beans on Snapchat last night, and we can’t help but LOL.

The first tattoo is of Roman numerals. As she explained through social media, it’s the date in which her parents got married. 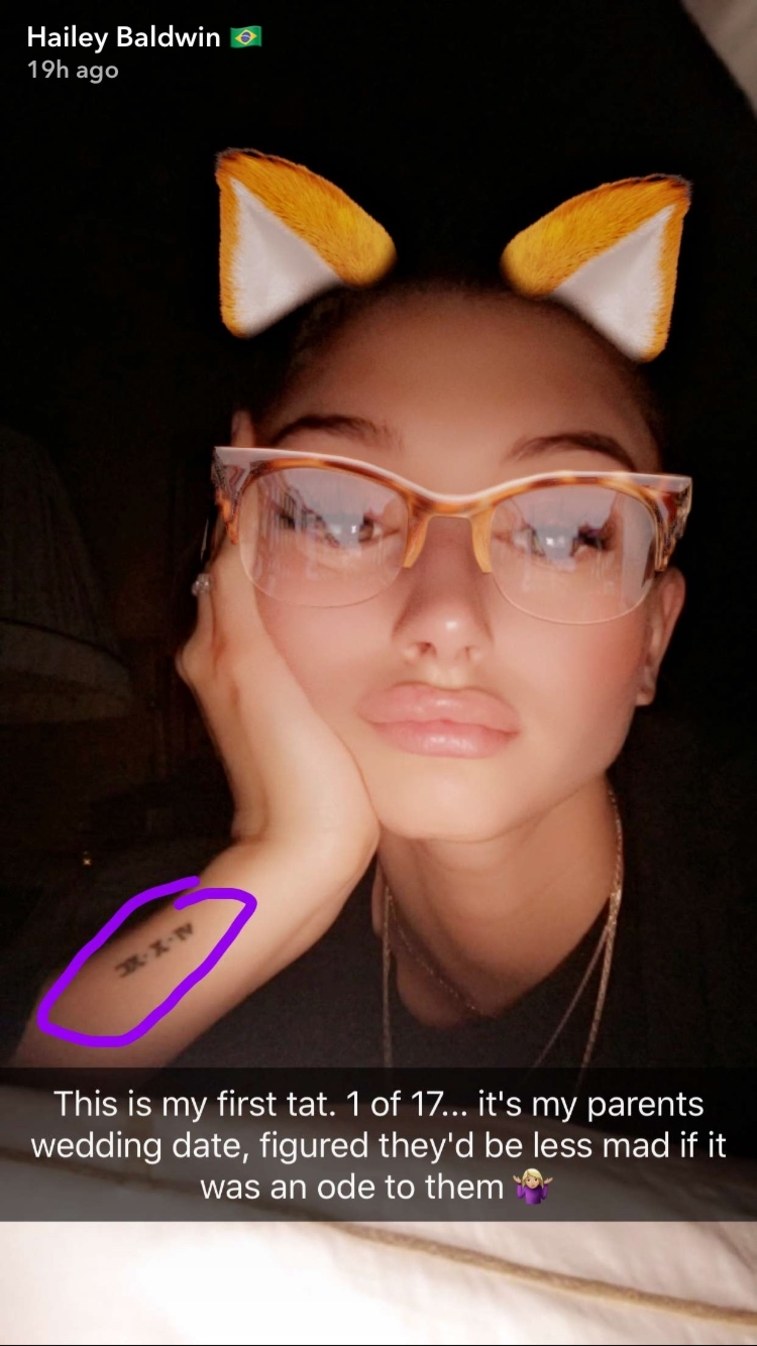 The reason behind it is pretty genius. She figured that if the tattoo was an ode to mom and dad, they technically couldn’t get mad. It’s a sweet gesture, right?

Of course, once that first tattoo is done, the rest don’t really seem like a big deal. The shrug emoji she used in the caption is perfectly placed.

In our minds, we figure that her parents definitely had mixed feelings over the act. But we’re guessing the fallout wasn’t too bad if 16 more happened right afterward. While her body is her own, tattoos often cause a fair amount of parental grief.

While we can’t say you should follow Hailey Baldwin’s logic if you want to get inked, we do think it’s definitely a smart way to break the ice.