Gwen Stefani opens up about her divorce from Gavin Rossdale, how it’s affected her career

If you haven’t listened to Gwen Stefani’s new album This Is What the Truth Feels Like, get on that ASAP. It’s an emotional roller coaster, heavily influenced by her very public breakup with her ex-husband of 13 years, musician Gavin Rossdale. While it would have been easy for Gwen to write a Taylor Swift-style revenge album about the whole thing, she ended up making it about forgiveness.

As you may have read, Gavin allegedly had an affair with the family nanny. And when Gwen discovered this, she filed for divorce. After the dust settled, she struggled to write songs again. “I went through a real period of anger,” she told Vanity Fair. She worried that her solo career was finished.

“I was so scared and insecure and thought it was over for me,” she continued. “I think the hardest thing I did was to get out of bed and go to the studio.”

But in time, she found her voice again—and it came back stronger and louder than ever before. Gwen wrote the powerful song “Used to Love You” about her split with Gavin. “I felt like this song was almost like a forgiveness song,” she said. “It’s admitting, I used to love you and now I don’t. I opened this channel to writing again—it was me being honest, being real.” 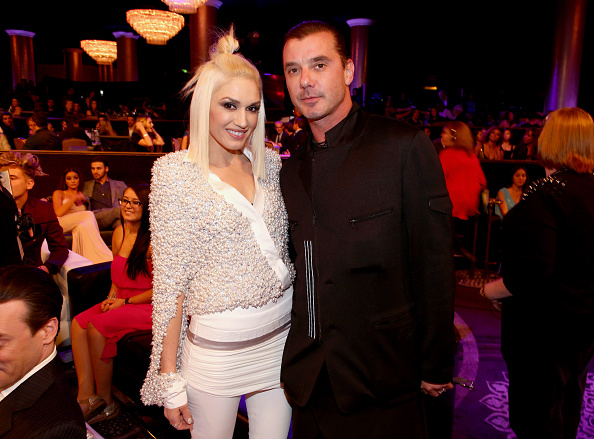 She also talked about, albeit briefly, her relationship with Blake Shelton. Gwen says she’s totally in love with him (squee!) and says he’s inspired her music career in the best ways possible.

“I don’t really want to go into that relationship, and God knows what’s going to happen,” she said. “But I feel like I’m in an amazing songwriting place; instead of being closed off, I’m thinking about positivity and how I can do something creative. I’m just doing what I want to do. It’s so incredible to be in that zone.”