As a sex writer and wellness advocate, I’m a huge supporter of anything that lets folks be their best sexual (or non-sexual) selves. One of the many places to explore our sexuality is at a lifestyle resort, particularly a clothing-optional one. I was recently invited to explore one of these destinations at Hedonism II, a clothing-optional resort located in Negril, Jamaica. The word “hedonism” means “the pursuit of pleasure,” and with its on-site kinky playroom, nude beach, and tantra workshops, I was more than ready to spend four days there, immersed in pleasure. I figured that since I’ve written about being choked during sex and posing in boudoir photoshoots, a clothing-optional resort would be the perfect place to let my freak flag fly. What I didn’t expect to happen was questioning my own sexual liberation while there.

A quick search of Hedo’s social media pages turns up endless photos of glistening, beautiful people’s bodies. While I didn’t necessarily see anyone who looked like me on those pages, when I arrived at the resort and was greeted with a glass of rum punch, I encountered people from all walks of life. In fact, on the scenic walk to my room, I experienced the first of many penis sightings while I was there. And while you think you have an idea of what a clothing-optional resort is going to be like, it hits different when you see people unapologetically reveling in their naked bodies.

My eyes may have gotten a little wide at my first penis spotting of the day, but seeing people and their barenaked jiggles for four days felt comfortable. The resort felt like a place where my body and other people’s bodies could be affirmed, and even ogled without it feeling gross or unsafe. 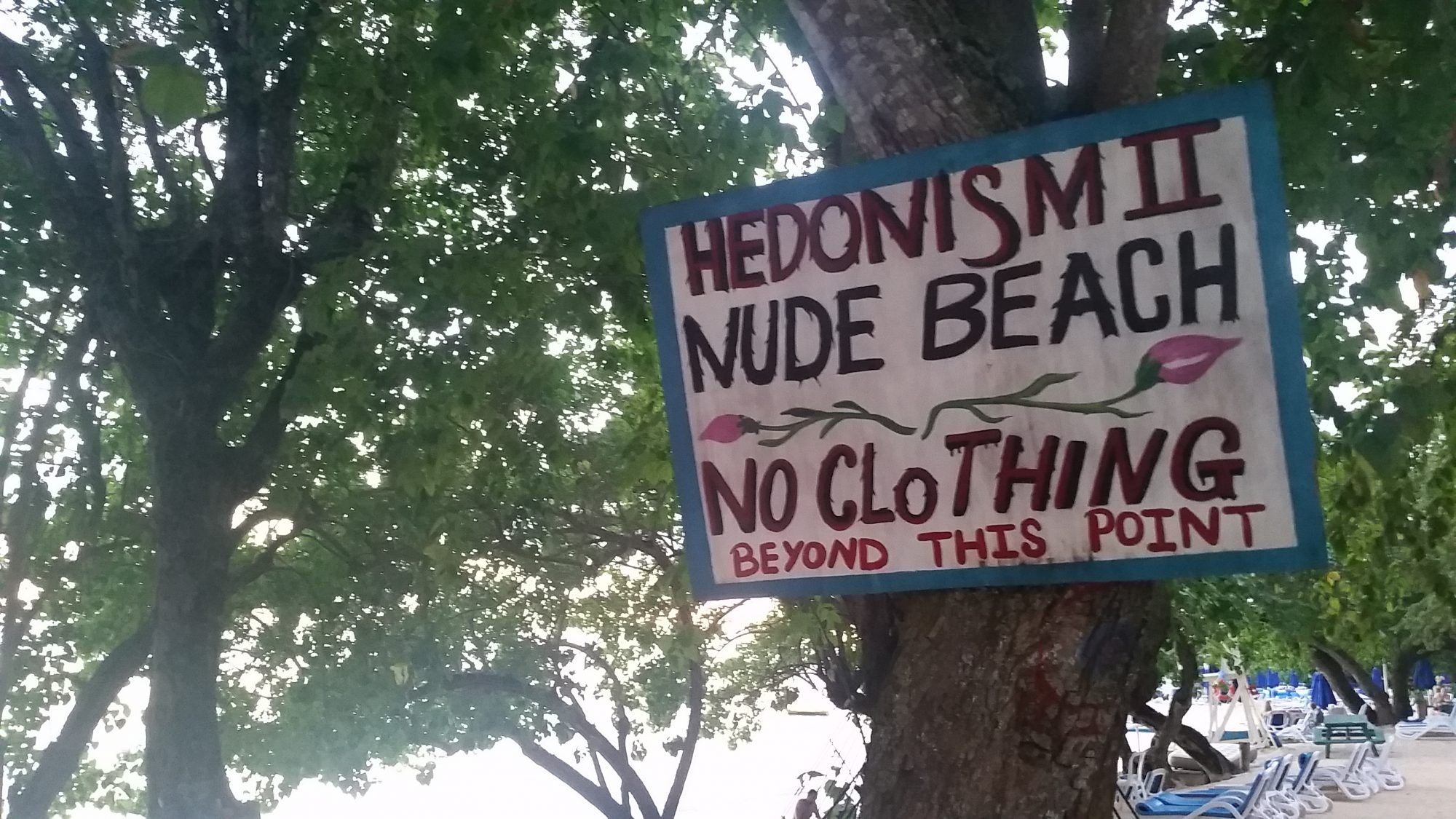 When I told friends that I was going to Hedo, none of them were shocked. Once you publicly and personally declare that you’re sex-positive, going to a resort that encourages sexy shenanigans doesn’t really raise any eyebrows. In fact, on day two of the trip, I received a not-at-all subtle message from a friend asking if I had “gotten any of that good dick yet.”

Make no mistake, as I mentally and literally prepared for this trip, I had every intention of hooking up with someone at the resort—or I at least toyed with the idea, hence the condoms and edible lube tucked away in a quaint suitcase pocket. Of course, there was no shortage of attractive humans to chat up and spend time with at the resort. There were theme nights like “Fetish and Lingerie,” daily entertainment featuring uber talented Black men and women with gorgeous bodies, and pretty much any sexy event you can think of. During my stay, there was a group of men and women competing in an annual pageant competition, and I threw “come hither” vibes at a particular contestant every time I locked eyes with him.

I always advocate for people who identify as women, especially Black women, to do what feels right and safe when it comes to their sexual experiences. If the opportunity is ripe to get busy, then I usually see no reason not to. But during my trip, I teetered back and forth between feeling like I had to hook up with someone because it was easy, and reminding myself that sex positivity and sexual liberation don’t exist in a vacuum. 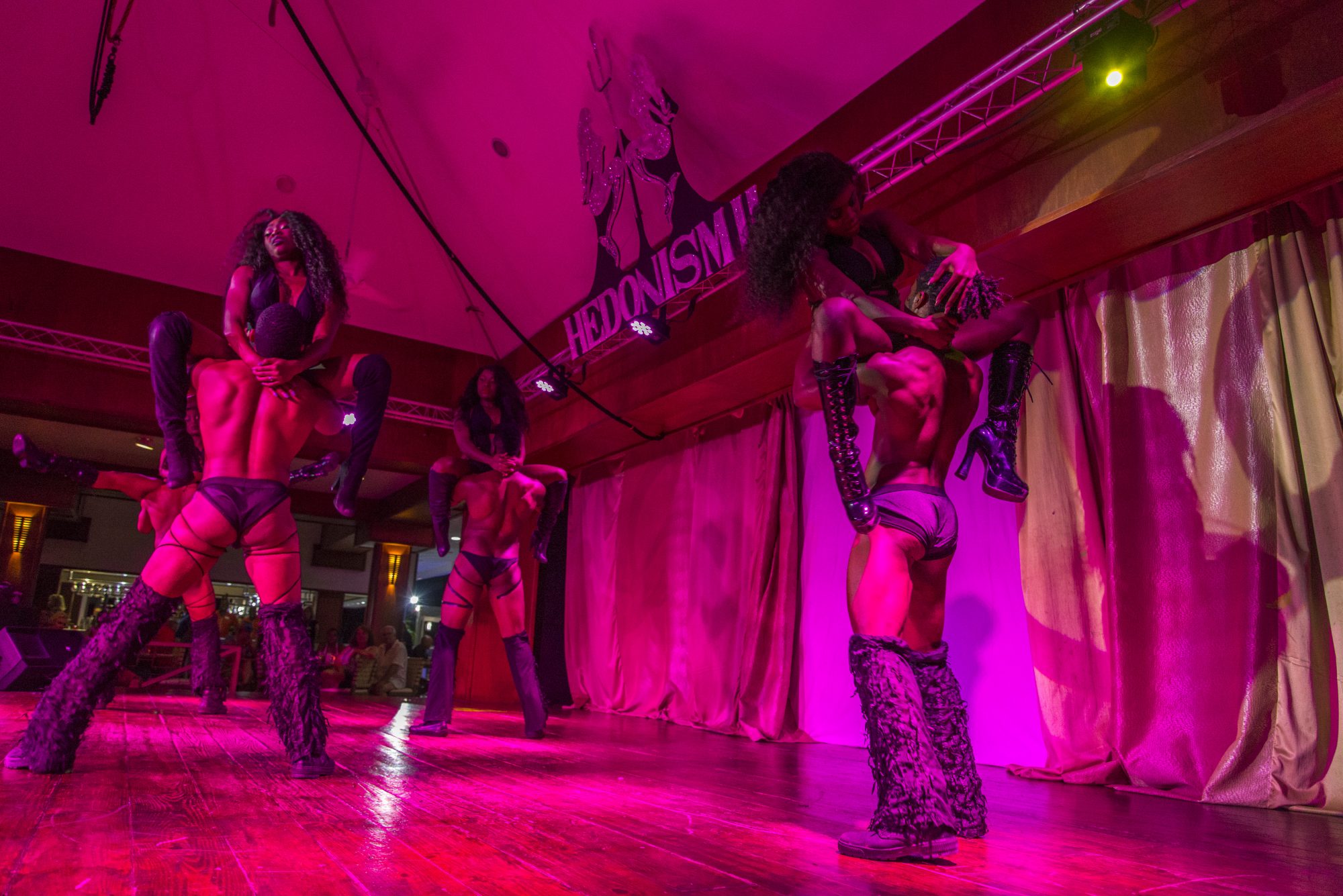 Sexual liberation comes in many forms. Choosing not to have sex—for whatever reason—is also a way to exercise your sexual freedom.

I experienced so many liberating moments during my stay at Hedo: I made conversation with complete strangers at a party while wearing sheer lingerie that put my nipple piercings on bold display. I took shots of Jägermeister at breakfast. I floated in a life vest in the middle of the ocean (since I can’t swim). I got all the way naked on the beach with women I’d just meeting for the first time. I watched a couple have sex in a pool. But I never talked myself into doing anything (or anyone) that I didn’t want to do.

All of the above were liberating for me. And while I didn’t come back with any juicy sex stories to tell, slowing my life down for a few days and shedding some inhibitions was such a necessary experience.

It was odd to have to remind myself that I can be at a naked resort and not be naked, that I can be flirty and free around people without having to hook up with them. Still, it reaffirmed the fact that my sexual liberation isn’t one-dimensional. Having sex isn’t required to prove that you are sex-positive, any more than not having sex makes someone a prude. My time at Hedo was confirmation that everyone’s sexual liberation exists on a spectrum.