Are women required to support Hillary?

As female voters this election cycle, many of us find ourselves chewing over an incredibly difficult question: As women is it our responsibility to support Hillary Clinton? Put more bluntly, when a female candidate is closer to being president than ever before, is it un-feminist to vote for a man? Two feminist icons, Gloria Steinem and Madeline Albright, seem to think so.

For those of us on the left, the man who might get our vote is Bernie Sanders. The “democratic socialist” from Vermont is more progressive than Clinton, and poll numbers indicate that we coveted young, female voters are drawn to that. A recent poll out of Monmouth University turns those notions into numbers, showing that 42% of liberal women under 50 support Clinton, while 51% support Sanders. Two of Clinton’s most famous feminist supporters — Albright and Steinem — have turned this into a generational clash, basically saying that young women who don’t support Hillary don’t understand the stakes. As a young woman, a democrat, a feminist, their assertions sting.

Madeline Albright, the first female secretary of state, introduced Clinton at a rally this weekend saying, “We can tell our story of how we climbed the ladder, and a lot of you younger women think it’s done. It’s not done. There’s a special place in hell for women who don’t help each other!” The quote is a refrain we’ve heard her say many times over, so often in fact that it’s been immortalized on Starbucks cups.

Meanwhile on Friday, Steinem in an interview with Bill Maher intimated that young women are supporting Sanders in an effort to be more proximal to young men. “When you’re young, you’re thinking: ‘Where are the boys? The boys are with Bernie.” Maher quickly picked up on the potentially controversial nature of her statement saying, “Oh. Now if I said that, ‘They’re for Bernie because that’s where the boys are,’ you’d swat me.” He’s probably right. 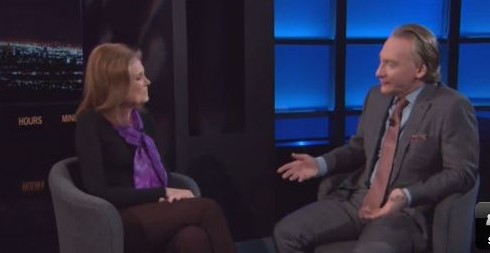 Naturally, young women are not responding well to the comments by Steinem and Albright.

Steinem went so far as to issue a sort-of-apology on her Facebook page:

As the most liked comment on that post shows, women are not just accepting her apology at face value: “You’re one of my heroes, Gloria, and to hear that you quite plainly stated “the boys are with Bernie” in response to why young women are voting for Bernie Sanders was not only a sexist statement, but extremely disheartening. Young women and women such as yourself are in this struggle together, and while I appreciate the apologize [sic], this statement doesn’t really confront the problem, nor how much damage your statement did. You chalked up an entire generation of women as brainless who vote for a man’s approval. That’s not why we earned the right to vote.”

In 2008, Clinton ran without putting the historic nature of her potential presidency front and center. This time she’s taking a different tactic. She talks often about being a woman, and a grandmother, and she has famous young women like Demi Lovato and Lena Dunham advocating on her behalf. At her events, the soundtrack is frequently defined by music filled with words about female empowerment. Those tactics are all positive. Whatever the intention behind Steinem and Albright’s comments, causing a generational divide between women is the wrong way to stump. While their comments should in no way undermine the incredible work Albright and Steinem have done for women their entire lives, their words have let a lot of people down.

The young women I know are smart, engaged, and certainly not choosing a candidate in order to hang out with the boys. We are well aware that the election stakes are high, and because of that we should all take our time in deciding who it is we want to vote for — not be bullied for listening to more than one person’s platform. The most feminist option out there is freedom of choice in all regards, including elections. Ultimately, the way to win our generation’s heart (and vote) is to appeal to it, not to tell us that we’re still too young to know what the heart wants.