Giving birth didn’t ease my “baby blues.” It made me suicidal

Motherhood—and mothers’ voices—should be celebrated every day. But that also means having conversations about the complexities of parenting. In our weekly series, “Millennial Moms,” writers discuss the simultaneously beautiful and daunting responsibilities of motherhood through the lens of their millennial experiences. Here, we’ll be discussing things like burnout from the several side hustles we work to provide for our kids and pay our student loans, dating app struggles as young single moms, rude comments from other parents at daycare, and so much more. Stop by every week for a judgment-free space on the internet where women can share the less rosy aspects of motherhood. Trigger warning: This essay discusses suicidal ideation.

The day I discovered I was pregnant with my firstborn child, I cried for nearly two hours. Alone, on the cold, tiled floor, I contemplated all the ways becoming a mother would change the trajectory of my life. Because, even though I longed to become a mother someday, I’d already struggled to contain the depression and anxiety disorders that consumed me. How could I parent someone when pulling myself out of bed each morning took every ounce of energy I had? That afternoon, before I told my then-boyfriend that he was about to become a father, I convinced myself it would be okay; my intense feelings of sadness and insecurity that stemmed from a lifetime of pain would diminish. They had to, or I couldn’t be what my daughter needed me to be.

The pregnancy was difficult. For nine months, I had severe nausea that made breathing a stomach-flipping experience. I left my job, set my dreams aside, and relied on the support of my partner until the birth would relieve me—or so I thought. Naively, I assumed that pushing out the very thing that had made me ill—the tiny human who demanded to be nourished and sucked the life force from my body, mind, and soul—would ease up post-birth, that maybe I’d begin to feel a little like my “old” self, somehow, some way.

I tried to believe this lie. Then my doctor diagnosed me with perinatal depression—a depression that develops, or worsens, during pregnancy. As a woman with a long history of disorders (much like all the women in my family), I should’ve known what kind of ride I’d be in for when my hormones were bent and twisted to suit my growing baby. I held onto the hope that the rise and fall of emotions would descend eventually if I just took my vitamins, exercised, and ate right. Or maybe if I journaled, maintained healthy relationships, and meditated. The thing is, there would be no amount of external tasks I could complete to erase a mental health issue that had already been building for decades.

Still, it was a hope I needed to believe so I could get through each day. So that when my daughter got here, I could be “Mom.” But if there’s one thing I can tell new mothers, it’s that most of us don’t know what the hell we’re doing. 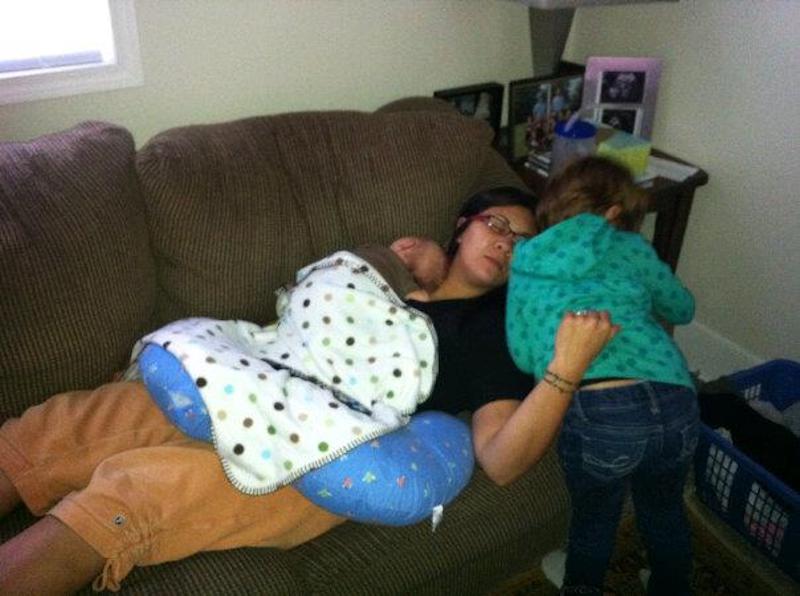 I didn’t know how to hold my daughter when she arrived, how to soothe her crying. There was nothing innate about becoming a mother when I barely felt like an adult at all.

Meanwhile, I stood on a cliff overlooking the vast ocean of my failures. My toes teetered over the edge, almost hoping someone would put a delicate finger along my spine to propel me forward into the great wide open where I could hurt no more. There’s an innate connection between giving birth and our own mortality, a thin line between living and dying. I didn’t grasp the weight of it until becoming a mother. I felt an otherworldly level of exhaustion. That lingering deep pull of sadness—an anchor tied to my ankles from childhood traumas, chemical imbalances, and the combination of relationship struggles and mounting debt in my pursuit of motherhood—didn’t vanish now that I had my baby. It grew like ivy vines, crawling up and strangling my bones.

The crushing weight of the depression itself wasn’t even the worst part. Nor was the fatigue, or even the fact that my partner and I struggled to find our footing as parents. It was that everyone assumed once I delivered my daughter, I’d feel better—I’d be “me” again.

But after I gave my daughter life, I couldn’t return to that version of myself. 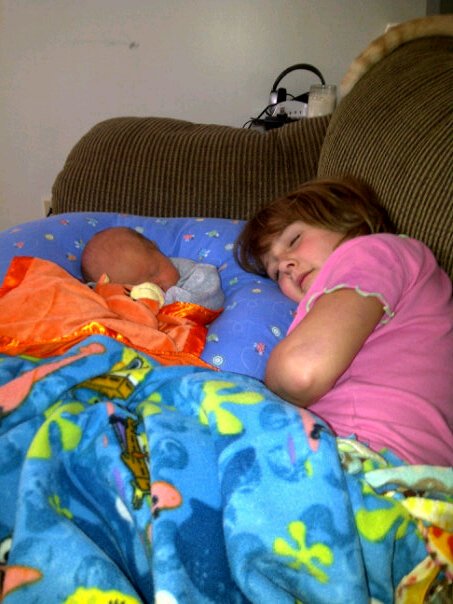 Days and weeks passed after the birth. I spent many of them on that cold bathroom floor crying, pleading to the skies, wishing labor and delivery would’ve taken my life so I wouldn’t have to slog through each day in such pain. This depression—postpartum depression (PPD)—was the most severe, dangerous period of my life. I had no health insurance, no money, no steady job or source of income, and no resources for support. My partner’s wages were commission-based, and our previously planned dreams spiraled into a void. We were doing the best we could with what we had, but it wasn’t enough to save me from myself.

Those around me either chose not to see it, assumed it’d pass (like the “baby blues”), or saw me drowning and didn’t know how to toss a life preserver. I white-knuckled through each day, less connected to my baby and partner, and avoided almost anyone else. It wasn’t until a follow-up appointment with my OBGYN that I began to see the smallest glimmer of light. This man, a near stranger, placed a hand on my shoulder and said, “You don’t look so good.” The actions and conversations that followed led me to the professional help I needed.

Had that doctor not taken the time to really see me—to look past the wears of new motherhood, past the “I’m fine” and muted smile—I wouldn’t be here now.

Others assumed my depression would dissipate after I became a mother. I wish it had. But it didn’t. What did happen, though, was something bigger than me—I survived and could become a parent again. I’m medicated and in therapy but still struggle with my depression. It’s something I’ll likely have to manage forever, but I have tools. My daughter is almost 13 now. I had two miscarriages after my first birth, and then gave birth to my almost 8-year-old son. Being a mother while navigating mental health is, by far, the most difficult lesson I’ve had to learn. But it’s also important for my kids grow up seeing their mother—who is flawed and broken in some places—pulling herself up and taking action to keep from falling back down.

At the end of the day, I am human; not just a product of my depression. And I am a mother. 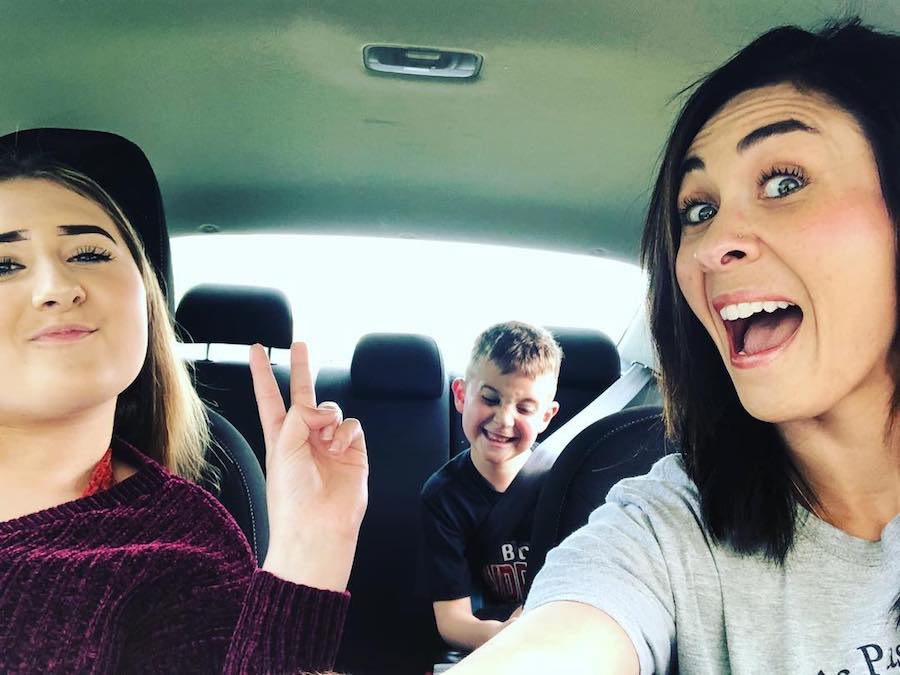 That’s the great thing about having my children: They don’t see those dark places—they just see a mom doing her very best to live in their light.

If only others would see the same.

If you or someone you know is experiencing suicidal thoughts, call the National Suicide Prevention Lifeline at 1-800-273-8255. Counselors are available 24/7.