A woman living alone with her cat(s) conjures up some pretty negative adjectives: lonely, sad, desperate. The usual term for such a woman is “crazy cat lady,” someone who has given up on people to confine herself to a life of feline companionship. While there’s certainly nothing wrong with this decision — it’s something I myself have contemplated every once and while — the surrounding stigma suggests the “cat lady” in question has a small life, lacking in love and affection.

In her photo project “Girls and Their Cats,” photographer BriAnne Wills is working to change these misperceptions one photograph at a time  I was lucky enough to be shot by BriAnne for the series, along with my cat, Paula, and while she worked her magic, I got to know a bit more about the project.

“I moved here with my husband a year-and-a-half ago and didn’t know anybody so I thought that I would start a photo project,” BriAnne told me as we chatted on my couch before the shoot began. “Just as a way to network and meet people and get to know the city because I had no clue.”

Originally, the series wasn’t going to be about cats at all, but rather a nude series of women in New York City. “I put out a casting on Instagram asking if any girls in New York would be interested in posing for me,” she explained. “I had a few girls respond so I started photographing them, and one of the girls actually had a cat and as I was photographing her naked her cat came into the picture and I was, like, ‘Wait, this is really cute!’”

BriAnne is a cat lover herself. Her two babies, Liza and Tucker, are both rescued strays from her time spent in Ukraine, and they gave her the final push to put together “Girls and Their Cats.”

BriAnne has posted the photos to Instagram along with captions that tell the story of the feline/lady relationships in the women’s own words. The project blossomed, gaining traction and going viral in ways BriAnne never anticipated. “Surprisingly, nobody’s ever broached the topic before,” she noticed.

And people can’t get enough of it. The project’s Instagram has over 7,000 followers, featuring subjects all over NYC, and of course, their cats. She doesn’t accept submissions, but it’s easy to get in touch with BriAnne via email, and so many women already have. In fact, BriAnne speculated that I was the 105th subject to be photographed. Still, my pictures turned out totally unique: 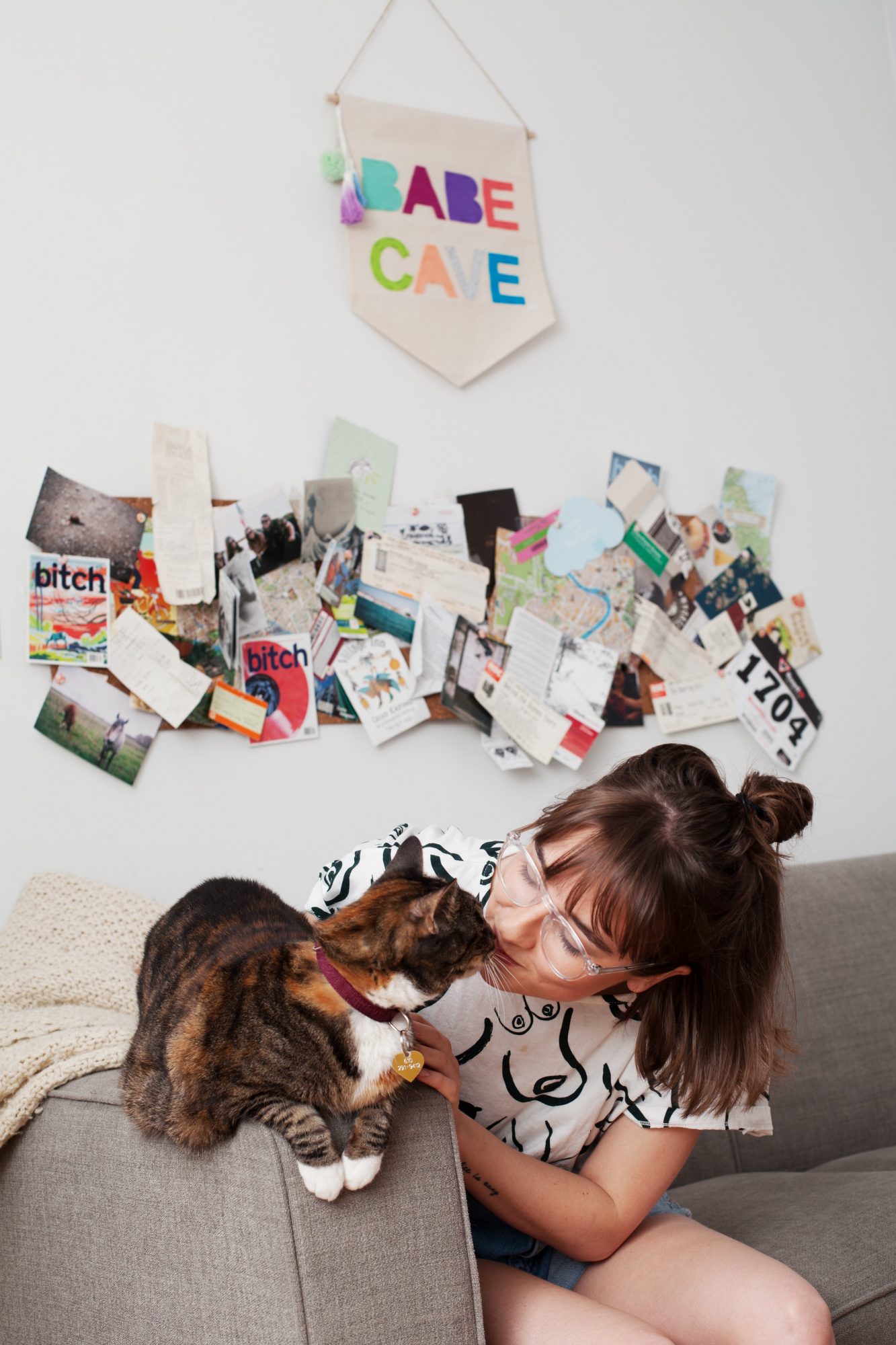 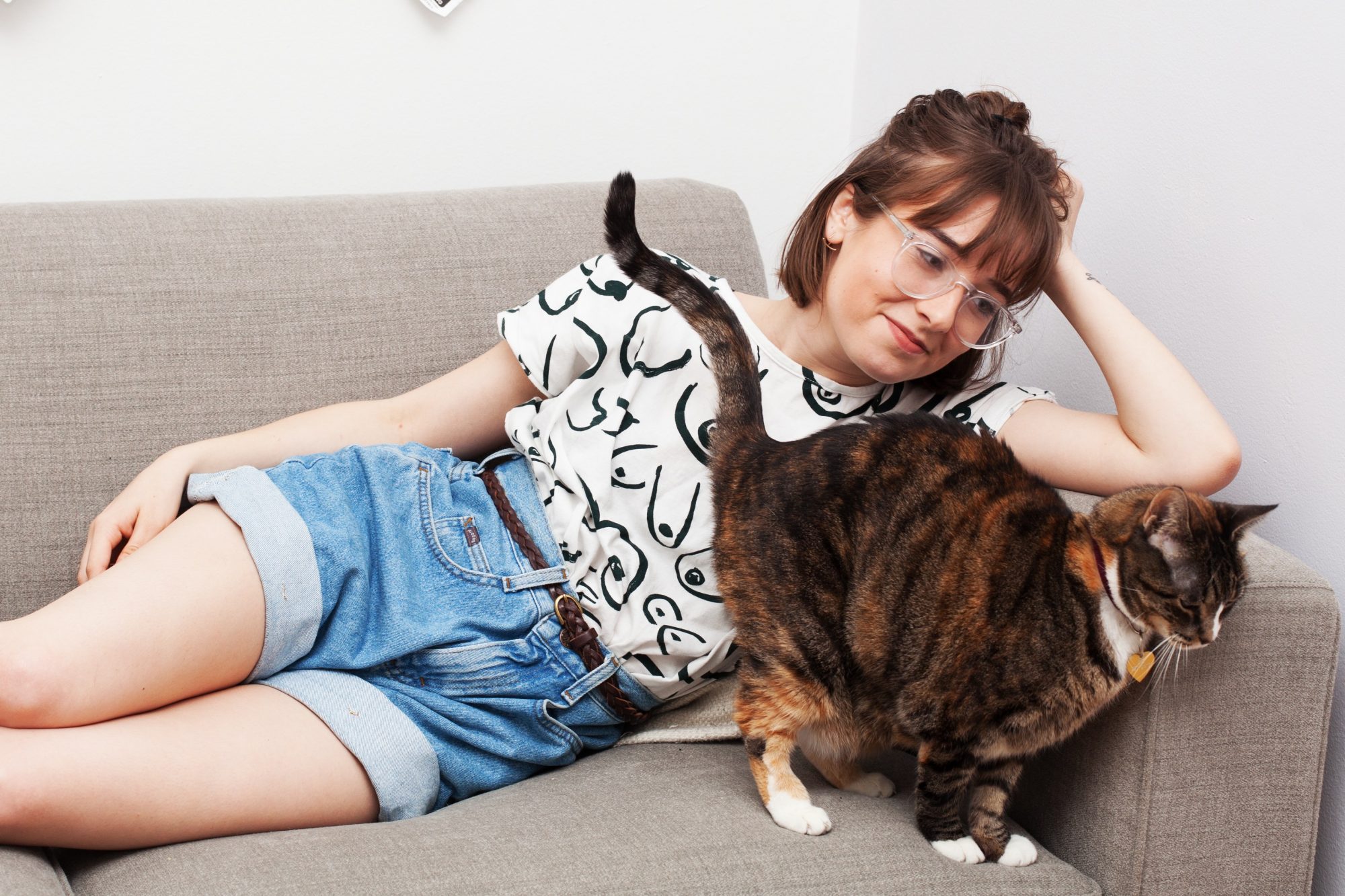 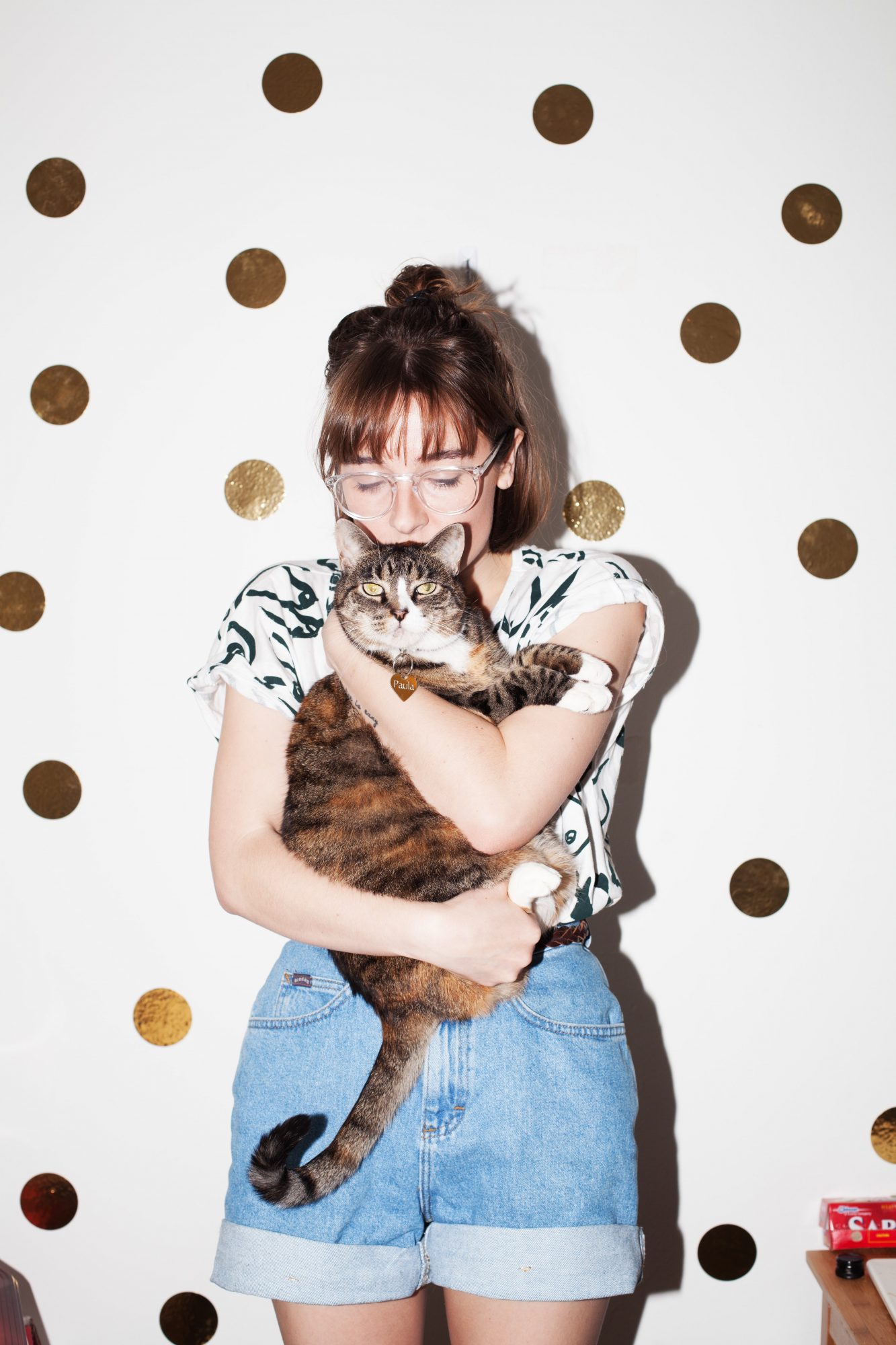 That’s the magic of this project. Every woman has a different relationship with their pet, and every story shows that girls and cats cannot be lumped into any one kind of person, or even one kind of photo.

As for the future? BriAnne plans to continue taking photos and following this crazy adventure wherever it takes her, whether that be a book, a tour, or just another Instagram post that fills our hearts with furry love.