I guess I’m insecure about sweating? That’s not something I’ve ever really thought about. If I’m out in the searing L.A. sun, there will be a tab open in my brain that’s completely dedicated to figuring out how to wipe the sweat off my face without making it obvious to whomever I’m with. If I wake up covered in sweat, because of a toasty night or vivid nightmare, all I can think about is making sure no one will witness me in this state. And I’m always worried about sweat stains.

Maybe it’s because it reminds me of the days when a panic attack manifested as the sweat bursting forth from my pores, or maybe it’s because it leaves me feeling as though I can’t control my own body. Whatever the reason, I’m not a fan of people seeing me when I sweat. It makes me feel vulnerable — even though I rationally know it’s perfectly normal.

Since I am an individual who enjoys making things difficult for herself, that means I also love doing things that cause me to sweat. Over the past two years, I’ve become the type of person who faces fears for fun. That may explain why I’ve ignored the whole “I’m insecure about sweating” thing, since it would prevent me from battling my anxiety. Yes, even sweating can’t prevent me from saying yes to things that make me want to build an underground bunker away from the woes of the world.

That brings us to bikram, or hot, yoga, a trend that’s allegedly/probably been embraced by celebrities such as Lady Gaga, Beyoncé, Jennifer Aniston, and George Clooney. I was kindly invited to try such a class at the eco-friendly Modo Yoga LA studio, and though I was afraid I’d faint and die in a puddle of my own perspiration, I couldn’t resist facing this fear head-on.

I was not prepared for how much sweat would come out of my body.

When I checked in at the front desk for the Modo Live Music class, I was asked if I needed a towel. I responded, “Nah, I’m good,” and held up a small hand towel. The instructor, Alice, graciously responded by handing me a yoga mat-sized towel and said, “You are going to sweat…A lot.” I am forever grateful.

After getting settled in the atmospheric room, I realized that the towel was actually meant to be placed on top of my yoga mat and that yes, I would likely be dripping all over it. It was at this point that I got nervous I’d faint, but was comforted by the fact that Alice said I could rest in child’s pose at any time. (I love me some child’s pose.) There was also a lovely woman playing her guitar in the corner of the room, so that lulled me into a sense of “I will not die here.”

Over the course of an 1 hour and 15 minutes, I witnessed my body sweat in a way I’ve never seen it sweat before. And I loved it. I’ve done yoga before, so I knew what to expect when it came to the poses, but the temperature of the room (100ºF and 40%-50% humidity) was completely new to me. It made me feel strong, allowing me to push my body in a whole new way.

I left the class completely drenched and red in the face, but I felt powerful AF. 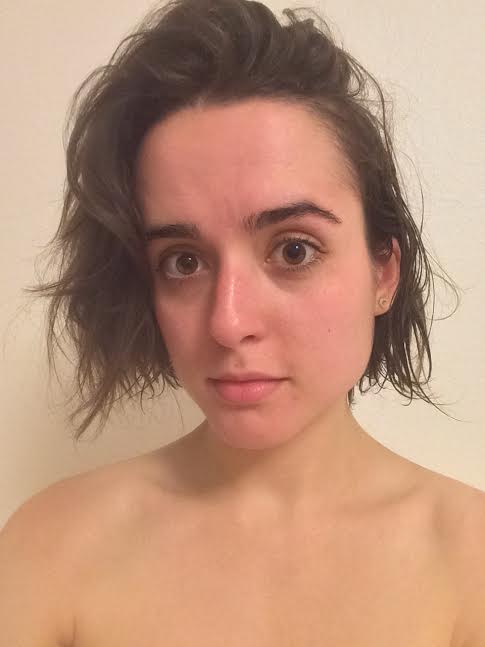 After I arrived back home and took a shower, I gave my mom a call. She said I sounded refreshed, as though I had been meditating. (As opposed to how non-refreshed I normally sound, I guess?) I then spent the hours before bed feeling cleansed, lighter somehow. This is in line with what it says on the official website for Bikram Yoga — that muscles and joints become balanced, your immune system’s organs are revitalized, the lymphatic system works more efficiently, toxins are eliminated, and one’s brain is stimulated thanks to improved circulation. Rad.

I decided that I would definitely do more bikram yoga in the future. Because hot damn, I survived.

And as for sweating, I’m learning to let it make me feel strong (and a little bit sexy).

To learn more about Modo Yoga LA, you can visit their website here. Every Friday night, they offer a “Karma class,” which is donation-based and provides for local charities in need. Their La Brea location has donated almost $400,000 thus far!