Do you ever find yourself thinking about a friend you haven’t seen in a while and think, “Hey, I wonder what so-and-so is up to nowadays?” So you boot up Facebook, and hours later you’ve completed a downward spiral into the lives of someone you knew once upon a time.

Well, that was me this past weekend with Gilmore Girls. I was just hanging out, minding my own business, and suddenly it hit me: I haven’t heard from Rory and Lorelai Gilmore in a while. What’s this mother-daughter duo up to nowadays?

At this point last year, I was averaging about 3-15 Gilmore Girls stories a day. A Year in the Life had finished shooting, and the trailer (and release date) were out, so I, along with the rest of the planet, was eagerly counting down the days. That meant that Gilmore Girls had totally ramped up their social presence (back when the show ended in 2008, everyone was still like “What’s a Twitter?”). This time last year, a day didn’t go by without a Tweet or Instagram from the Netflix revival.

And now, it’s been roughly, oh, **seven months** since Gilmore Girls tweeted. The last tweet — not something they retweeted — was posted on January 31st.

Since then, the account has RT’ed Lauren Graham and Lin-Manuel Miranda (LMM’s mom watched Gilmore Girls on the way to the Oscars, as you do) and…well, that’s been it.

It’s also been seven months since Gilmore Girls Instagram’ed anything. That account’s last IG post went up on January 30th.

It’s impossible to tell if there’s been any activity on the Gilmore Girls Instagram since January 30th, so I have no idea if they’ve liked and/or commented on anything over the last seven months.

Even more troubling, the Gilmore Girls website — TownofStarsHollow.com, the one created specifically for the revival, and “maintained by Kirk” — is GONE. 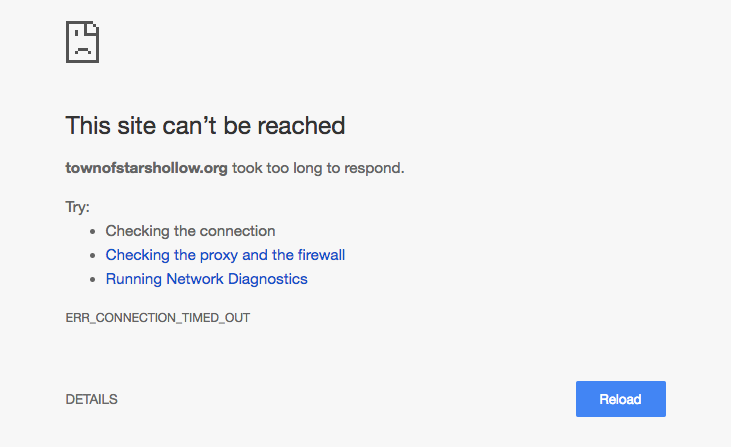 The show’s Facebook is a different story, as this account regularly posts updates, gifs, and birthday messages to the Gilmore Girls cast. I have a theory as to why they’re pretty active, and it’s because I’m pretty sure that Warner Bros. (the OG home of Gilmore Girls) controls this account; the others are controlled by the Netflix social team.

All that aside, we need to talk about what’s going on. Which is nothing. Nothing is happening with Gilmore Girls, and for me, this is troubling.

At the end of A Year in the Life, it seemed inevitable that the show would return for a second season. Since then, literally every single cast member at some point or another has voiced their opinion as to whether or not that’s a good idea. Everything started off super positive…and slowly has turned to, “Eh, maybe we should just stop?”

Where it stands right now, we have no Gilmore Girl revival second season. It also appears as if Gilmore Girls has no social media presence anymore, which is even weirder. Take for example, Netflix’s canceled The Get Down. Netflix canceled the show, yet its Twitter is still up and running. There is no more future for Get Down, but it’s still around. Gilmore Girls could have a future — since we don’t know if we’ll get more or not — and it seems to have completely disappeared.

If you want my opinion, yes, this is a bad sign. It doesn’t necessarily mean that Gilmore Girls is OVER, but come on, between 2013 and right now the Arrested Development Twitter account has been active beyond belief and none of us were sure we’d ever see the Bluths again.

As for the Gilmores? Just reassure us that you’re okay —  in 140 characters or less.