We have one MAJOR question after finishing “Gilmore Girls: A Year in the Life”

Even before it premiered, we had many questions about Gilmore Girls: A Year in the Life. Like, what’s the deal with Lorelai and Luke? And, who will Rory choose? Or, how is Emily living after Richard’s death? While most of those types of questions were answered, one very important query still remains: Where the hell was Rory’s underwear in A Year in the Life?! She found her lucky outfit, but the whereabouts of her undergarments are still a mystery.

Within the first 15 minutes of “Winter,” Rory was a lamenting that she couldn’t find her underwear among the boxes she had shipped to her family and friends after moving out of her Brooklyn apartment. So considering we’ve been hearing about Rory’s underwear since the A Year in the Life trailer came out, we were pretty disappointed that there was no resolution.

And while we understand not wanting to overload people with your stuff, why on earth were her boxes spread out between Stars Hollow, Hartford, and London?! Of course you couldn’t find your underwear, Rory! 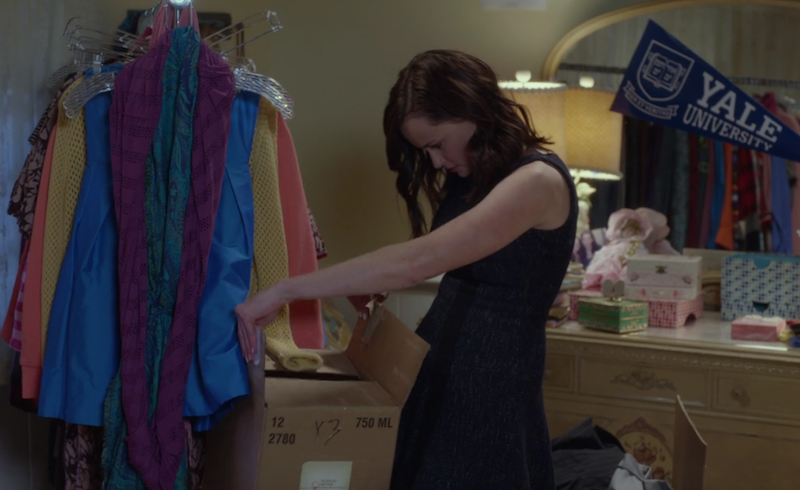 While we get that buying new underwear can be an investment, we think after four seasons (aka a whole year) of going commando, it might be time to bite the bullet and purchase some undies.

Of course, we also don’t judge people who don’t wear underwear, so maybe Rory learned to embrace her underwear-less world. However, since she seemed pretty upset in “Summer,” when talking to Jess about her situation, it still seemed to be a problem for her. And she still hadn’t discovered their location.

After it being a running joke in the six-hour miniseries, we had expected an answer about where Rory’s underwear went. But we’ll just have to go on living our lives never knowing if Rory Gilmore ever found that missing box of underwear.

Our guess? Emily gave it to Berta’s family.