Now that Gilmore Girls: A Year in the Life is available to watch (err, binge) on Netflix, it’s time to recount all the references the revival made. Being the pop culture-obsessed show that it is, we knew there would be a million pop culture references to keep track of. But, as this is also an ode to the original series, the show also has some amazing callbacks to the show’s original run.

Read on if you dare, spoilers for episode “Summer” are coming!

The return of April Nardini 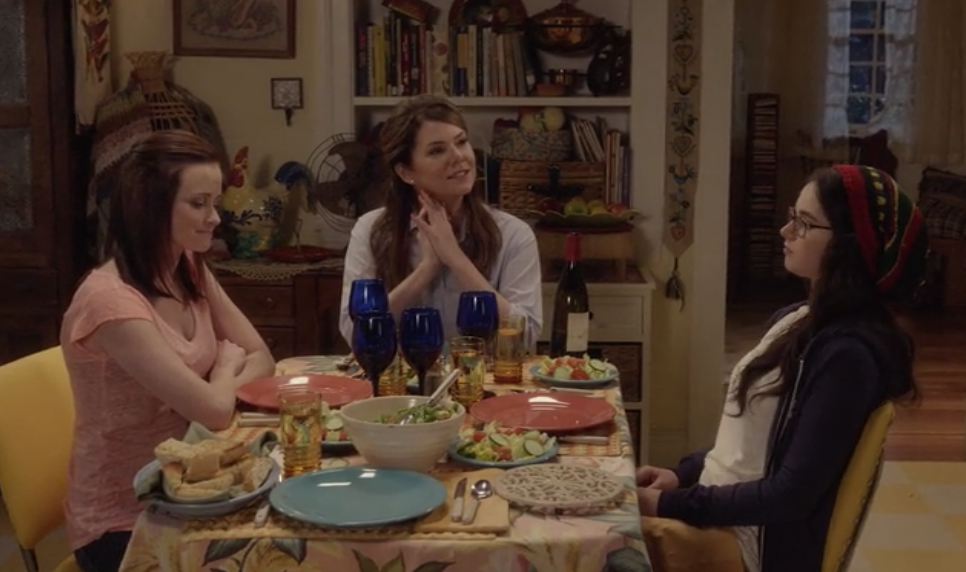 One of the most controversial of Gilmore Girls characters, Luke’s daughter April, makes an appearance early in “Summer” during a family dinner with Luke, Lorelai and their respective daughters. April references her love of science, which is a subtle callback season 6, when April revealed herself to be Luke’s daughter, after using a DNA paternity test to win a science fair. 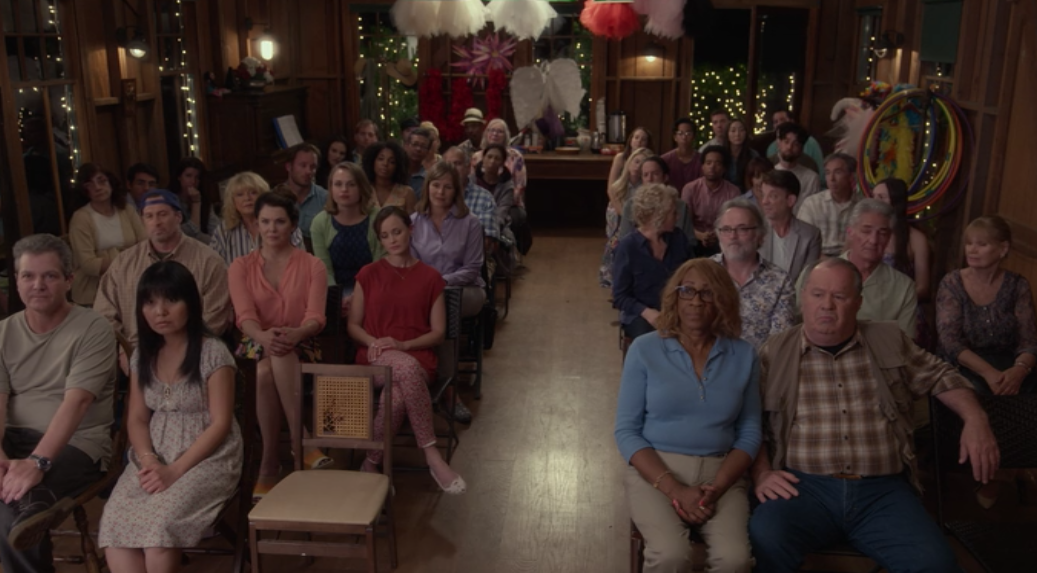 There’s nothing that the residents of Stars Hollow love more than town hall meetings, so it shouldn’t surprise anybody that there would be multiple within the revival. The meetings are generally a free for all and generally a good way to get acquainted with the quirky people of Stars Hollow. 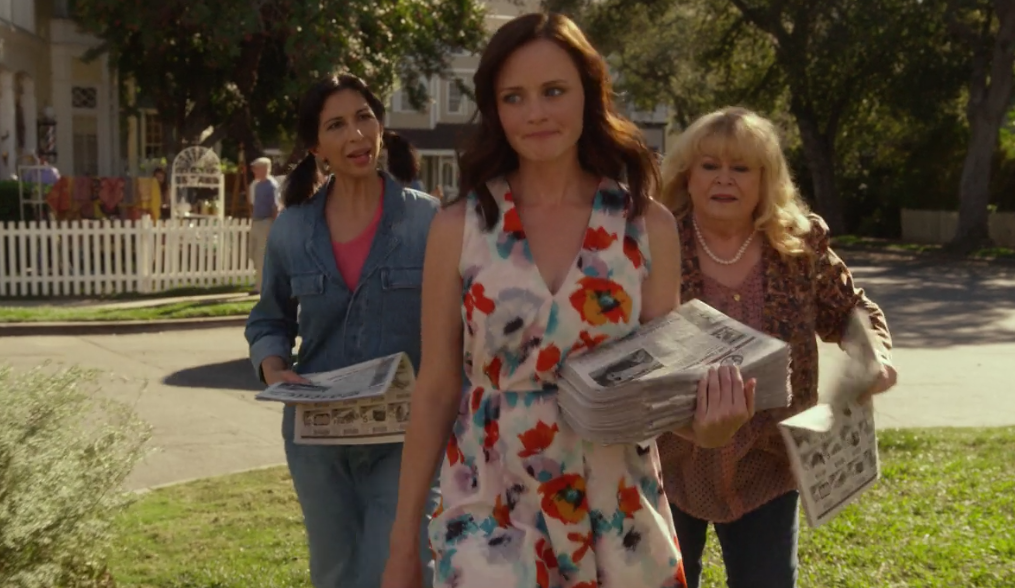 The people of Stars Hollow love their traditions. In “Spring” Luke and Lorelai attend the basket bidding, where they went on a “date” in season two. Additionally, the townspeople are up in arms when Rory takes over the Stars Hollow Gazette and removes the seasonal poem, forcing her to reinstate it. 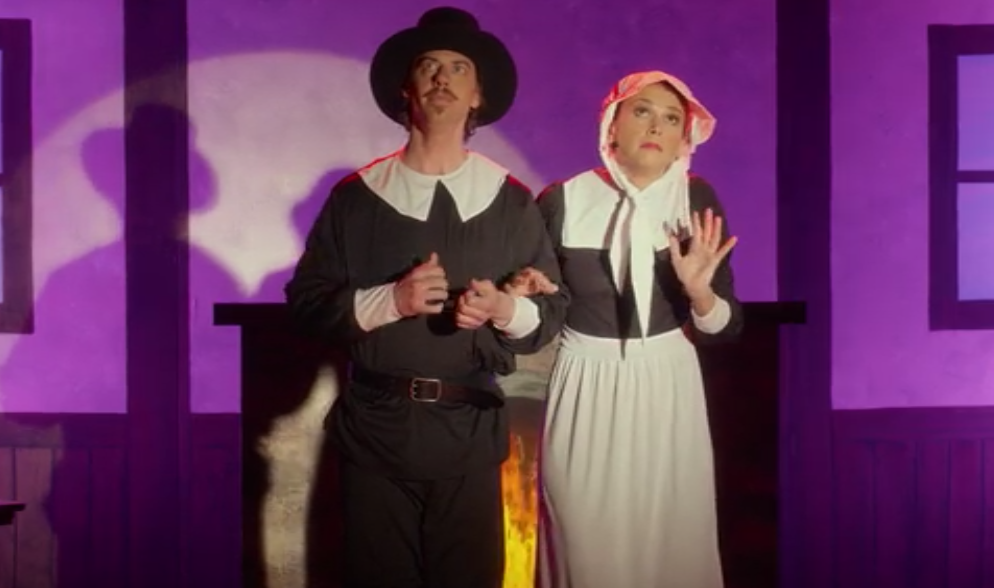 The original run of Gilmore Girls saw some odd town traditions, from the Revolutionary War reenactment of the twelve men who waited for the British troops who never came, to the much discussed founding of the town. Simply put, the townspeople are very proud of their town’s history. This is why they are THRILLED when Taylor, in an effort to bring tourism numbers up, writes a musical about the town’s history, which is as bizarre as they come.

The Reappearance of Carole King!! 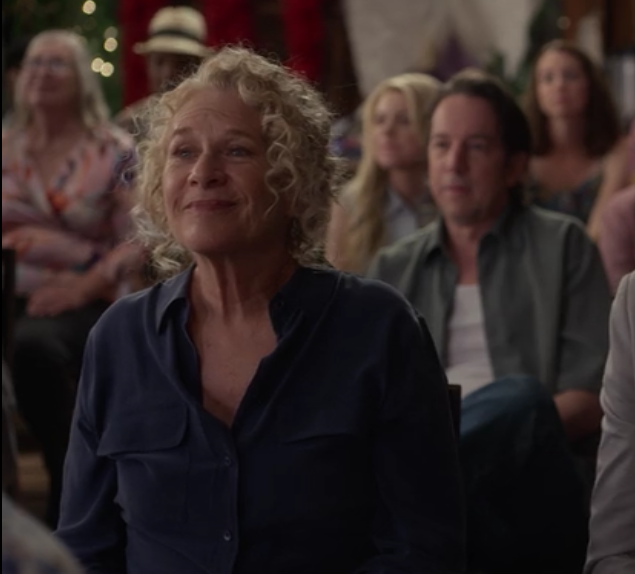 You didn’t think they’d do a Gilmore Girls revival without Carole King, did you?! The “Where You Lead” singer returned as music store owner, Sophie, who also volunteers to be on the Stars Hollow: The Musical advisory committee. 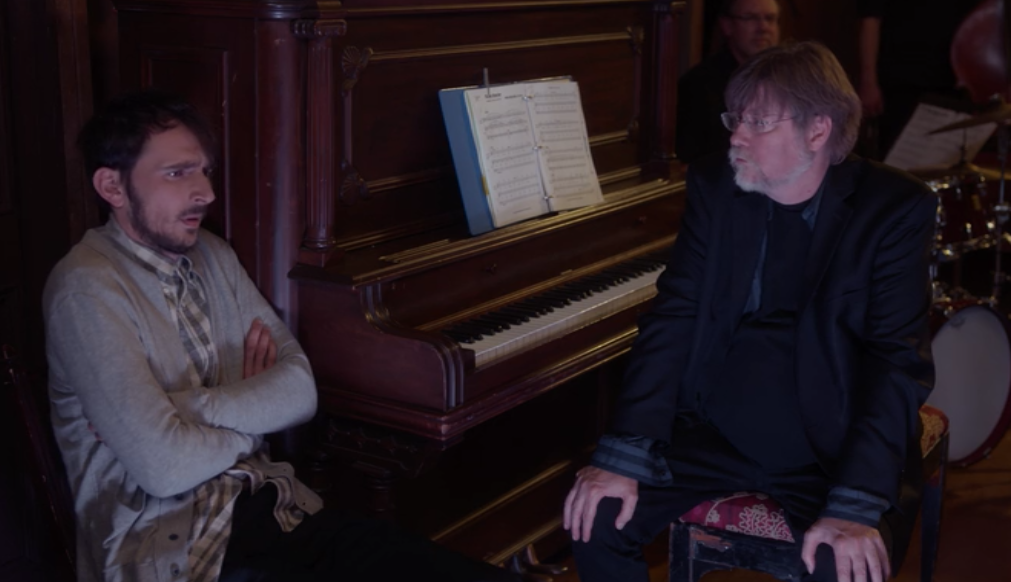 Brad, who played piano for the school production of Fiddler on the Roof in season five, reappears for Stars Hollow: The Musical. 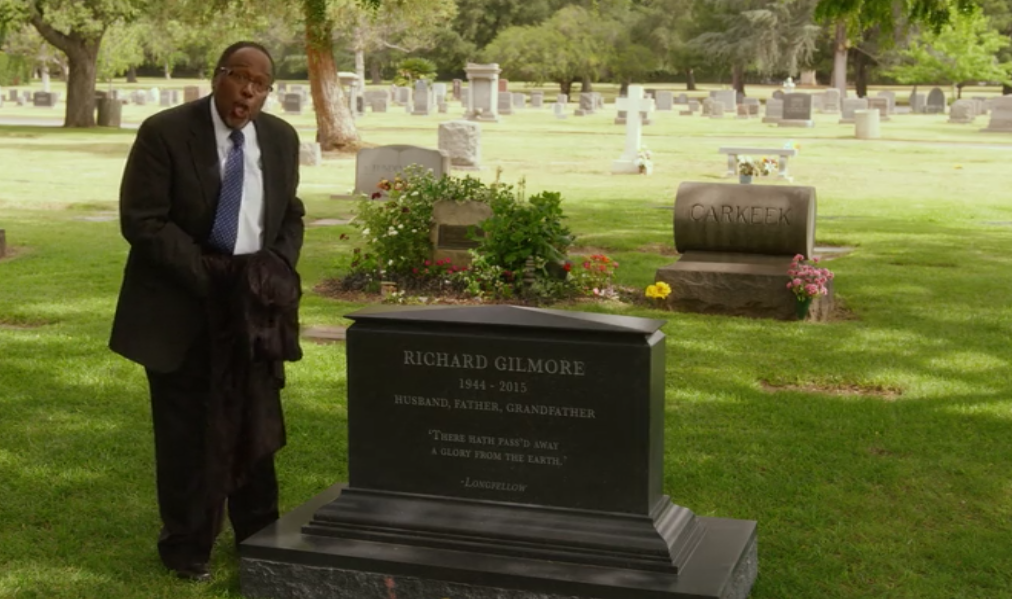 George Bell, who was the dialogue coach for Gilmore Girls and appeared as Professor Bell, one of Rory’s professors at Yale, turns up as the person in charge of Richard Gilmore’s headstone, of which there are six — don’t ask, it’s a long story.

Jess is still as literary as ever 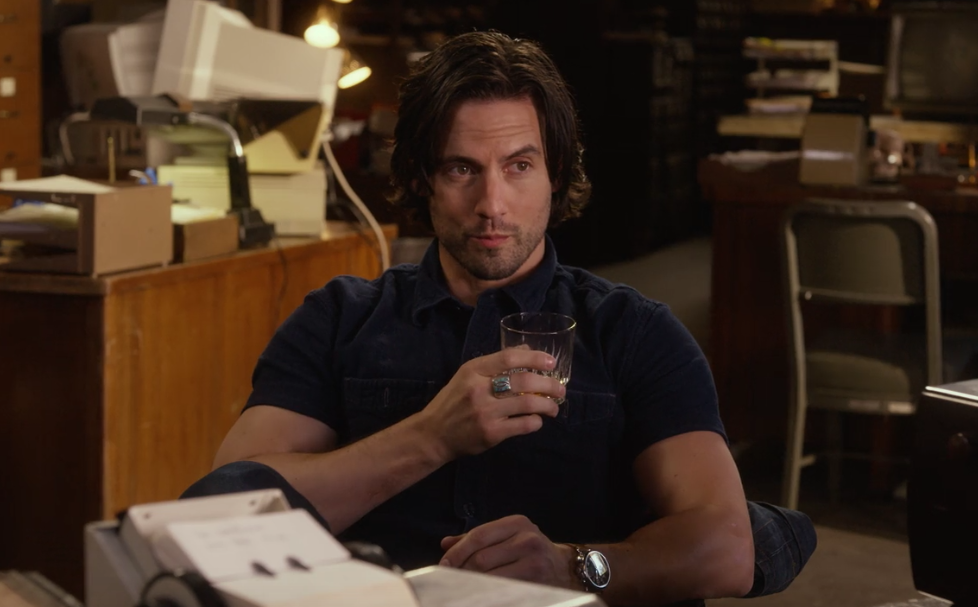 One of our favorite aspects of bad-boy Jess was his not-so secret love of books, which broke stereotypes because apparently bad boys CAN read. He later joins a publishing house in Philly and writes a novel. Adult Jess is still a literary guy and is still at the literary press, which is probably the most Jess thing in the world. 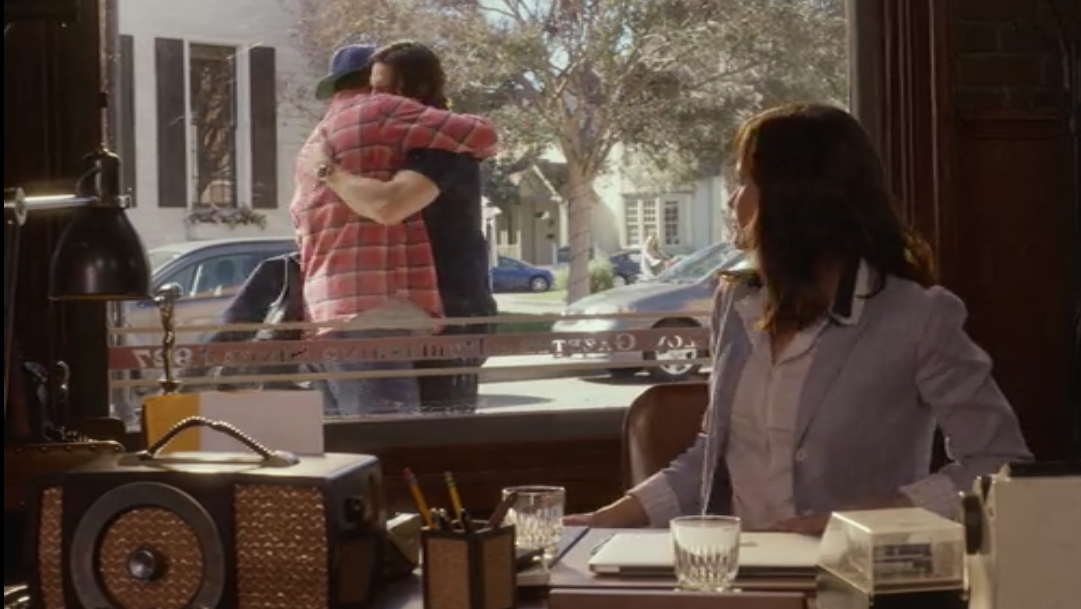 So, why is Jess in town? A carry-over from the “Spring” episode, Luke’s sister Liz and her husband TJ have accidentally joined a cult. Apparently there were vegetables involved and a six million year contract. Jess has arrived to help Luke sort out the mess his mother has gotten herself into.

Ahh nostalgia! Go finish the revival and then treat yourself by re-watching the first six seasons (and MAYBE seventh) of Gilmore Girls.