Not only were we excited to see the new things that Rory and Lorelai were up to during Gilmore Girls: A Year in the Life, but we also watched the new Gilmore Girls for the nostalgia factor. And the second episode of the Netflix revival did not let us down. When it came to referencing the original Gilmore Girls series, “Spring” was chock-full of throwbacks.

Spoilers for Gilmore Girls: A Year in the Life follow.

Remember the good old days of Stars Hollow circa 2000–2007? Well, so does A Year in the Life. Although the musical “La, la, las” were notably missing from the second episode of the revival, there were enough other moments that embraced the original series to make up for it.

So here’s every throwback reference from “Spring” that really embraced the original Gilmore Girls. 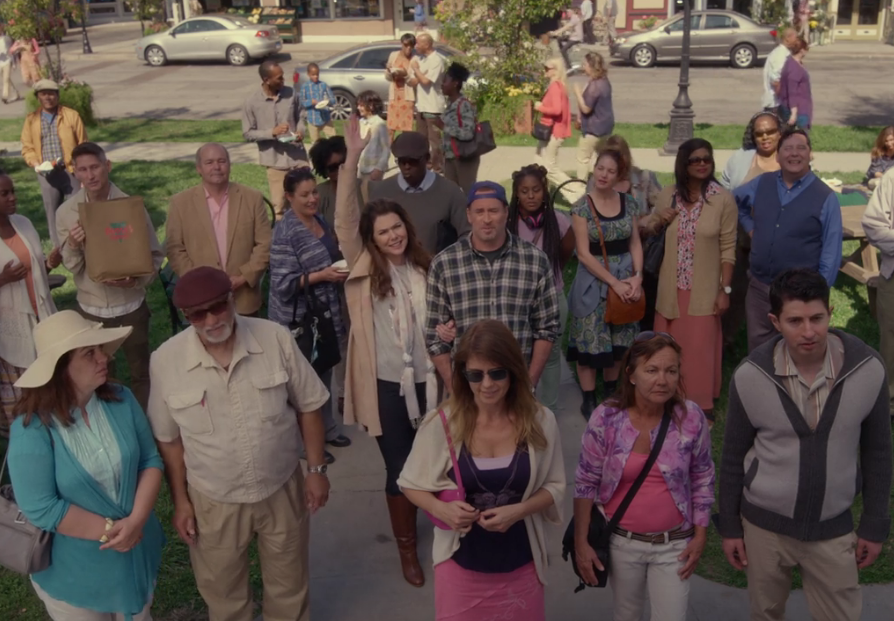 Lorelai herself referenced Season 2’s “A-Tisket, A-Tasket” to Luke when she said, “Basket bidding is part of our early romance — it’s nostalgic.”

Jackson and his produce 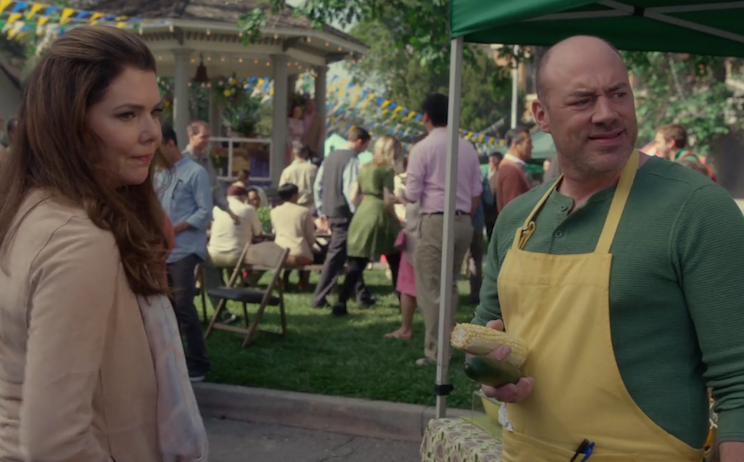 He wasn’t with Sookie at Stars Hollow’s international food festival, but at least Jackson had his vegetables to keep him company. 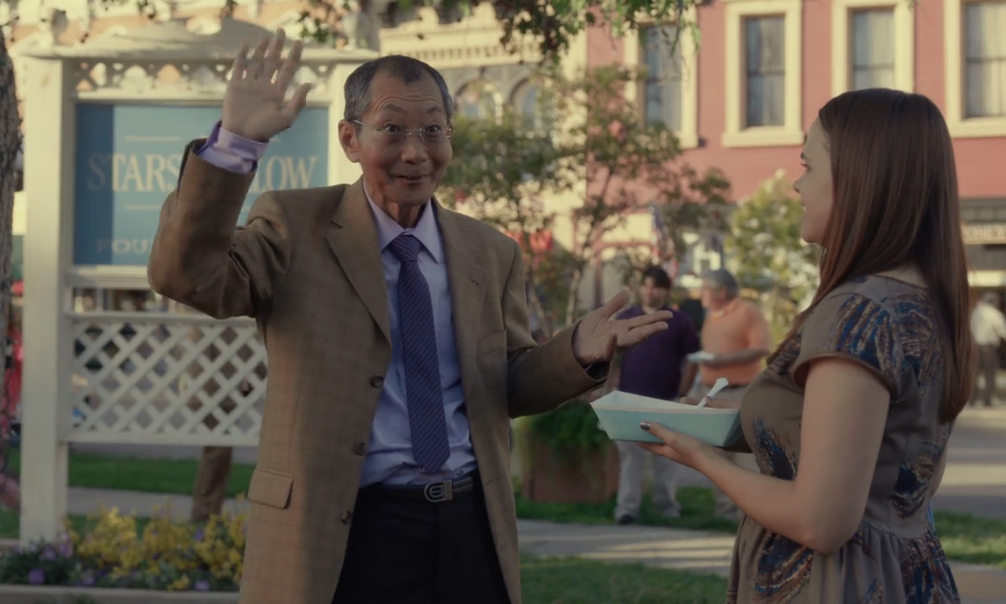 Ever wonder where Mr. Kim was? Well, A Year in the Life proved that Lane does in fact have a dad and he’s alive and well. (Mrs. Kim was there too — directing her Korean choir). 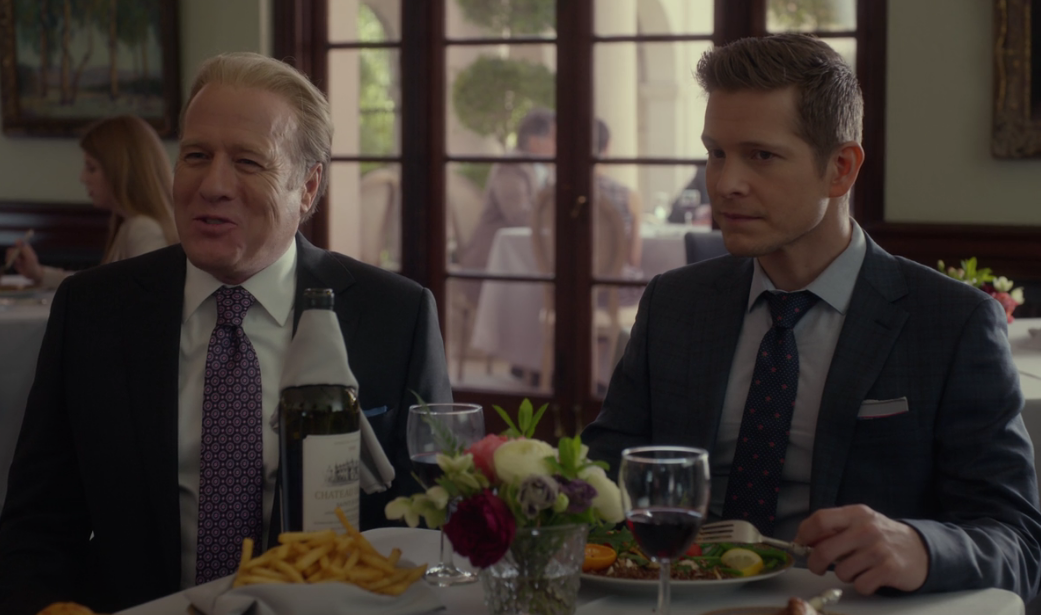 He was just as jerky as ever (ugh), but he did connect Rory with Condé Nast…so he was nice for like, .10 seconds. 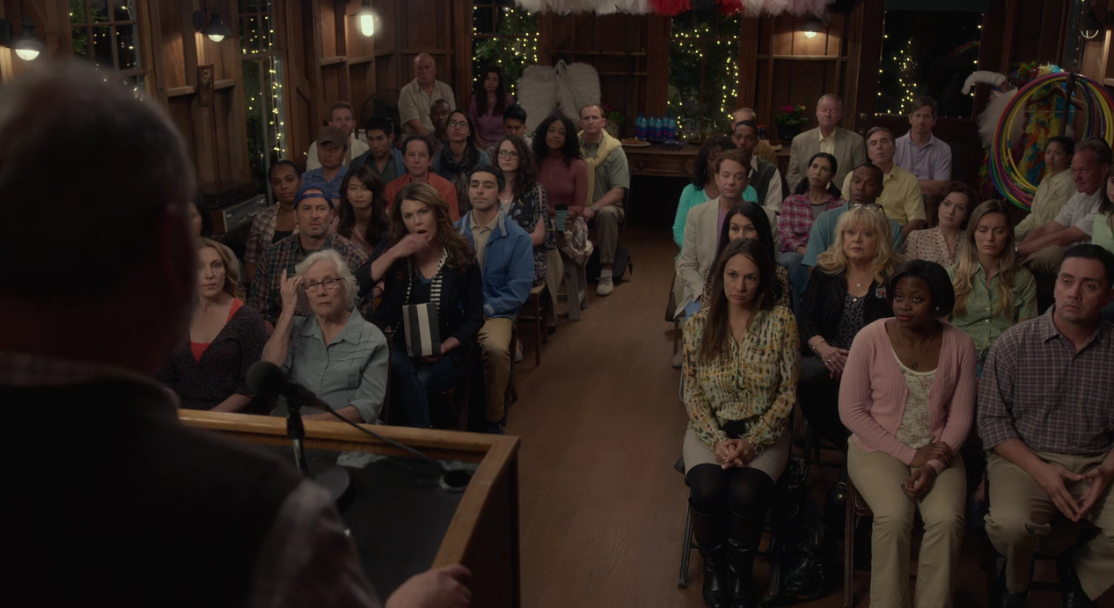 Taylor ran a town meeting in “Spring,” complete with him antagonizing Lorelai and references to Woodbury. Of course, Lorelai brought snacks.

Liz and T.J. joined a cult 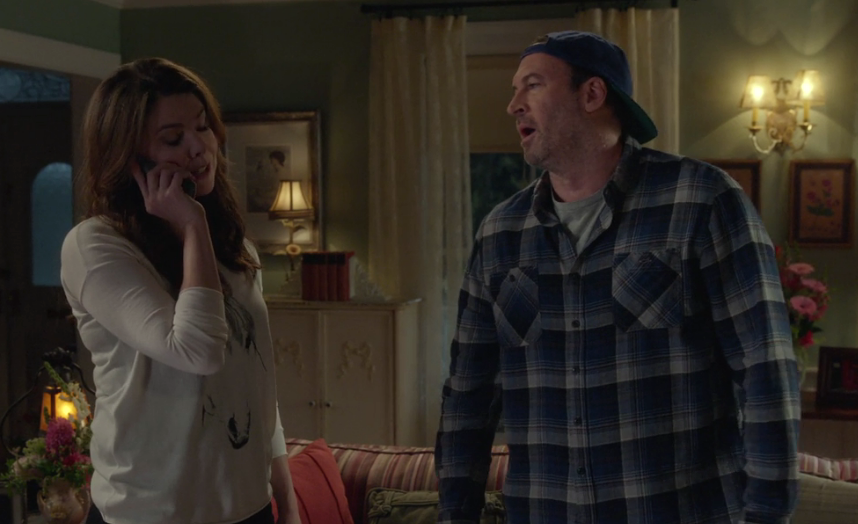 We never saw Luke’s sister and brother-in-law in the revival, but we got an update on their eccentric lives. They joined a cult. A produce cult. Like, as in vegetables. Yes, Lorelai and Luke were just a confused. 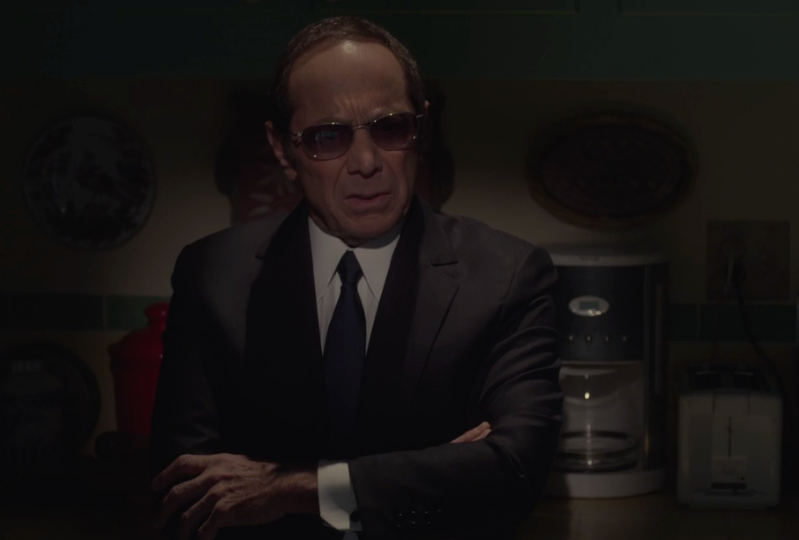 You might remember theSeason 6  episode, “The Real Paul Anka” because it was Jess’ last episode in the original series, but it was also the first time Lorelai had an IRL Paul Anka Dream. She had one again during the revival. 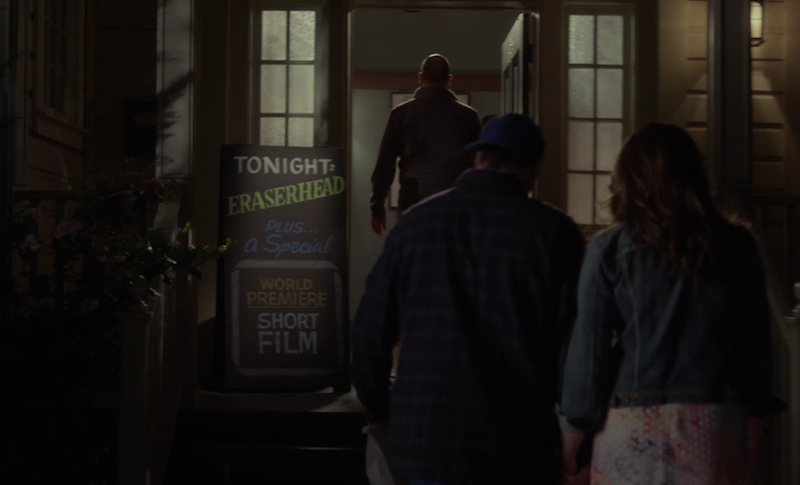 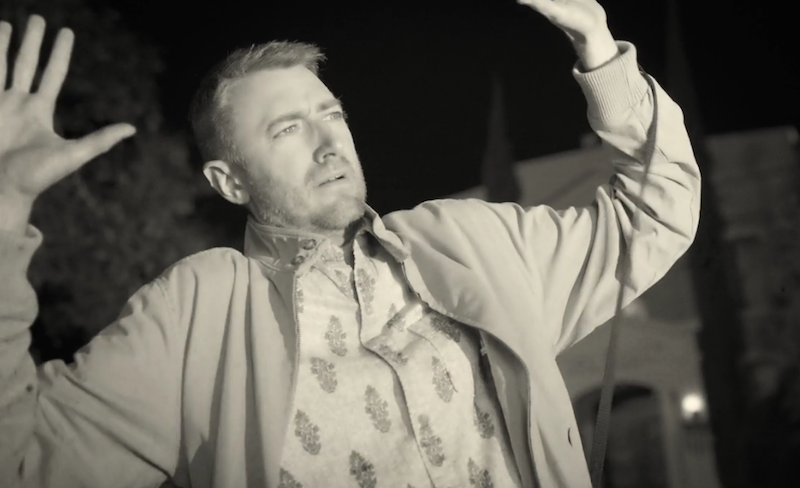 It took him many years, but Kirk finally released another one of his films. 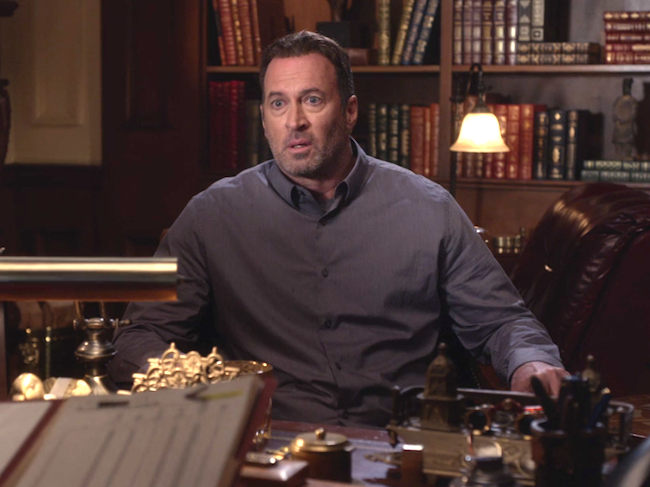 Even in death, Richard still wanted Luke to expand his business. 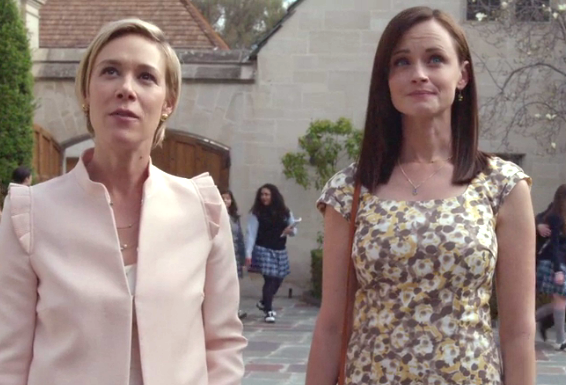 Paris and Rory journeyed to their alma mater Chilton. Good to know that Headmaster Charleston is still in charge — no Max Medina though ?

The return of Tristan! 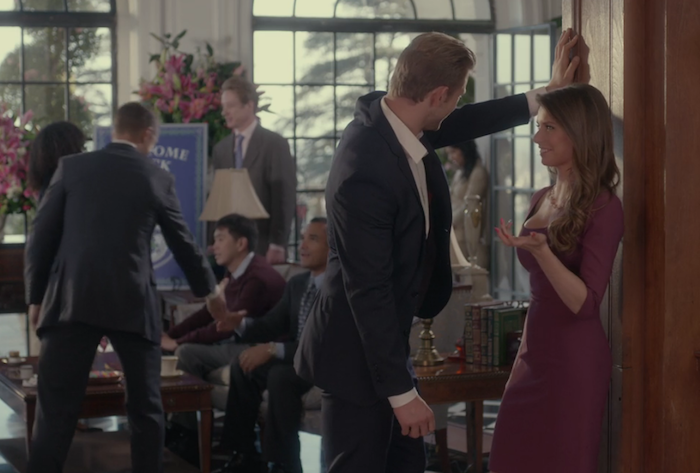 Sadly, Tristan wasn’t portrayed by Chad Michael Murray, but Paris’ bathroom breakdown was worth the recast. 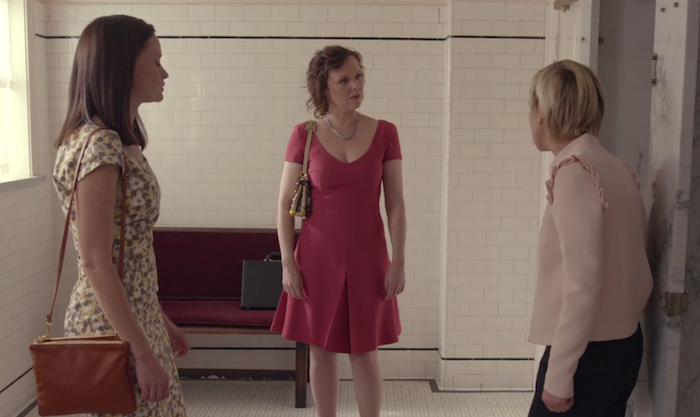 In the words of the Puffs leader Francie, “Sorry did I accidentally step into 2003?” 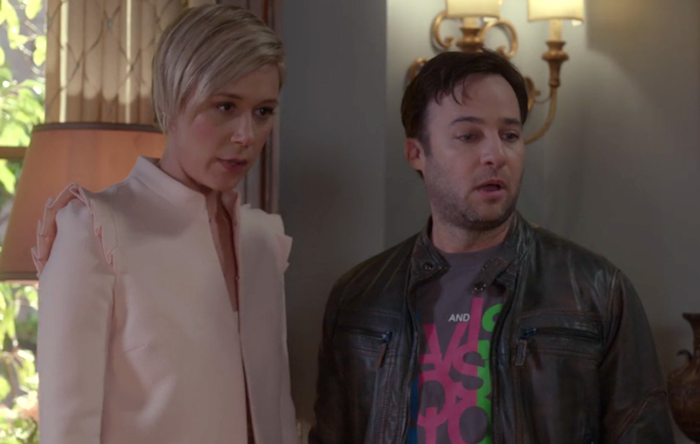 Even though they are divorcing, Paris-Doyle banter was required for A Year in the Life. 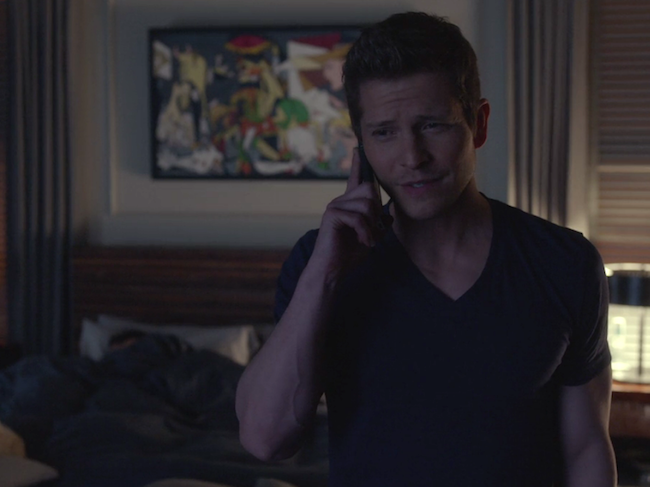 Logan called Rory “Ace” during a late-night phone call. It could have been cute if his fiancé Odette hadn’t been sleeping in the bed RIGHT BEHIND HIM. Not cool.

Lorelai talking about her first marriage 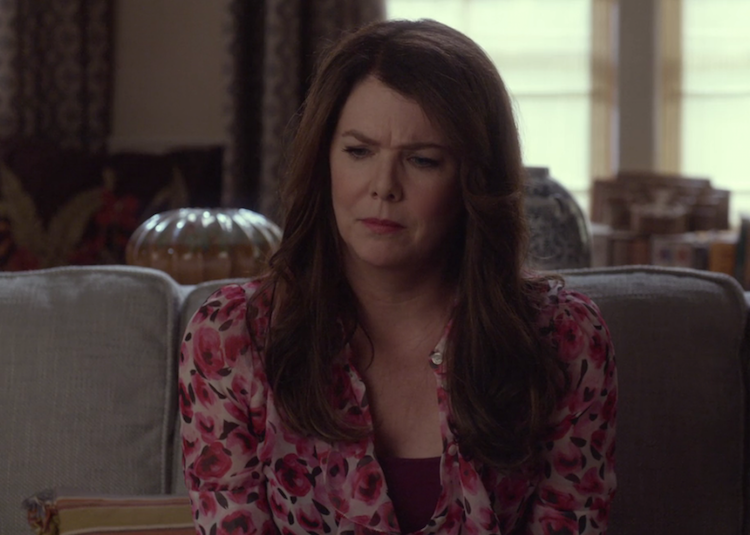 Because, yes, Lorelai was married to Christopher in Season 7 — even if Lauren Graham didn’t remember.