Fashion in New York and Los Angeles is pretty much night and day — NYC is more chic + dark colors, while L.A. is all about year-round yoga pants. So when Cali native Gigi Hadid wore sweatpants while getting coffee in New York this week, we weren’t at all surprised by her fashion choice. (She once described what it was like growing up in Malibu by saying, “Our school was just across from Zuma Beach, and we all wore Lululemons and bathing suit tops to go to the grocery store—no makeup, no shoes” — so there you have it, folks.)

For her autumn-day outing, Gigi wore a matching gray crewneck sweatshirt and sweatpants, plus well-loved white sneakers and a super-long white coat. Topped off with mirrored cat-eye sunglasses and classic California girl waves, Gigi looked both at home in New York and West Coast chic. 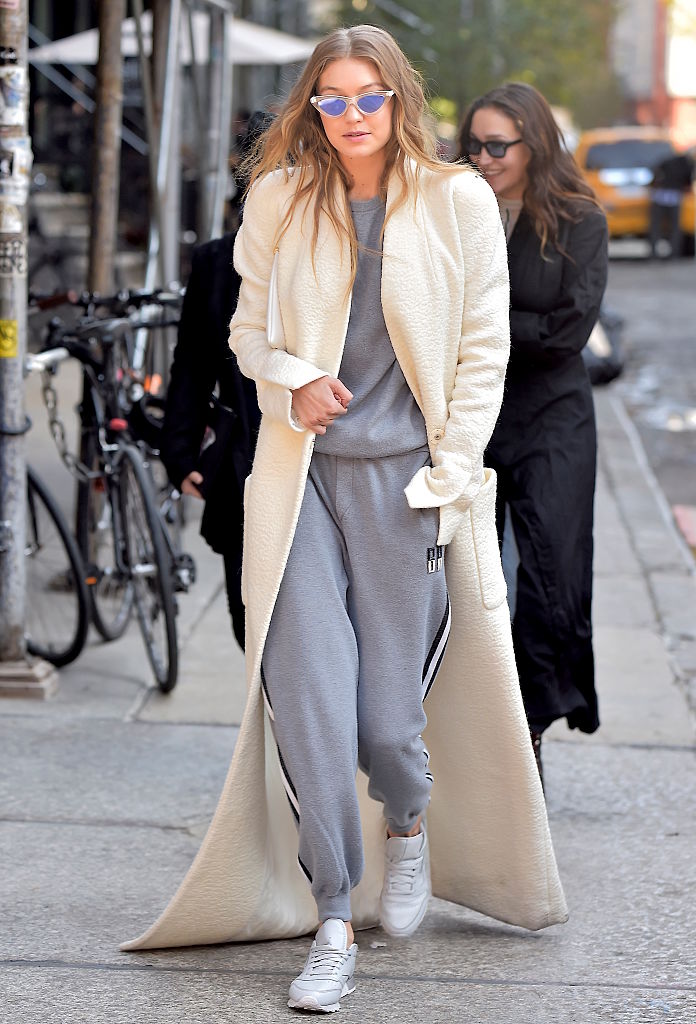 Aside from her cozy AF sweatsuit, this photo has been getting attention for some, ahem, other reasons. Namely, the fact that Gigi’s white coat is dragging all across the (famously filthy) streets of New York. 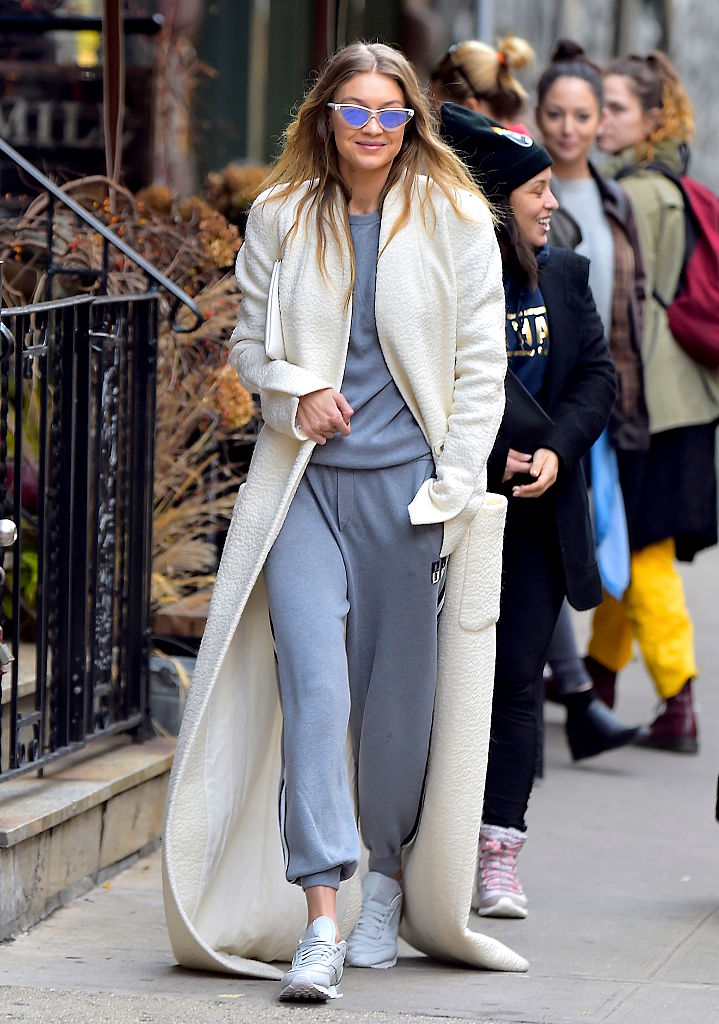 Gigi was quick to explain,

Whether you’re grossed out or not, you have to admit the sweatpants + long coat look is pretty darn fabulous. We’re on your side, Gigi!