Turns out, you get paid more per episode to live in Stars Hollow than you do King’s Landing

If you’re thinking about making a move to a (fictional) city in the near future, we’ve got some surprising information for you: You’ll actually make more money living in Stars Hollow, Connecticut, than you will in King’s Landing, Westeros.

Crazy, right? Considering that living in King’s Landing HAS to factor in hazard pay for, you know, literally anything and everything that might happen there, from beheadings, to Wildfire, to simply just being alive. 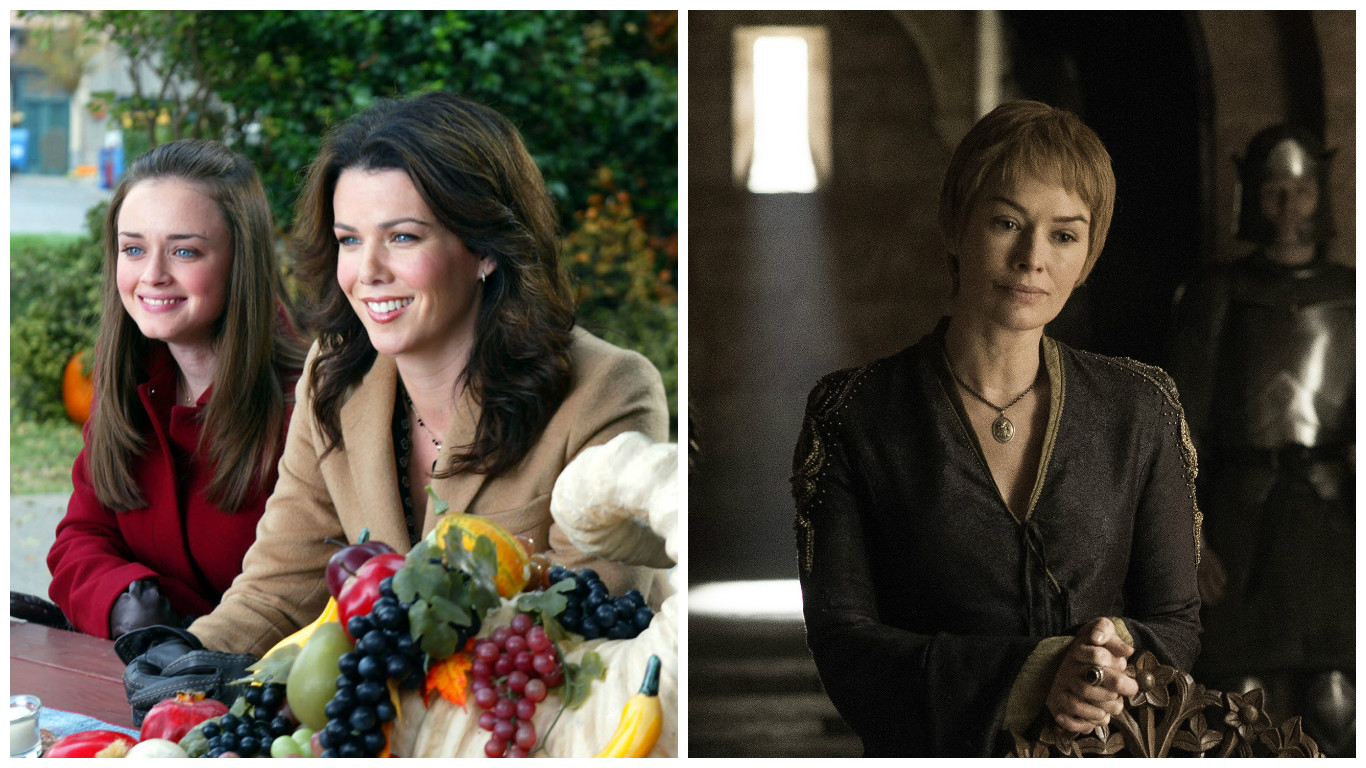 But yeah, it’s true. According to a new survey from Variety, Lorelai and Rory Gilmore are making way more money per-episode than Jaime and Cersie Lannister, which is crazy to think about. The only hazard pay you need in Stars Hollow is if like, you spill piping hot coffee all over yourself.

Variety interviewed and surveyed everyone from drama to comedy actors, on both broadcast TV, cable, and streaming. In the end, they concluded that Lauren Graham and Alexis Bledel are both making a whopping $750,000 an episode for the upcoming Gilmore Girls: A Year in the Life. That's compared to the $500,000 Lena Headey and Nikolaj Coster-Waldau.

So, for four 90-minute episodes of TV, Graham and Bledel are making a cool $3 million.

Meanwhile, in the end, Headey, Coster-Waldau (along with Peter Dinklage, Kit Harington, and Emilia Clarke) are actually taking home about $1 million more. For eight-ish episodes of Game of Thrones, the’ll take home just about $4 million (that is, if they survive to the end of the season!!).

So if you’re looking for a brand new place to call home, may we suggest this quaint little town in Connecticut? Hear there’s great coffee there.