From the time we were young, we were taught that our gender should be a deciding factor for what we wear. From ideas about what colors were acceptable (pink is for girls, blue is for boys), to separate departments in the clothing store, we were raised to see fashion as binary—maybe even divisive—and rarely gender-neutral.

But in the year 2020, we appreciate fashion and style for being the opposite: It’s unifying. Dressing how you want is viewed as a healthy creative outlet and form of expression. Men can wear makeup, women can wear menswear, and visibility for the LGBTQ+ community in the fashion industry has expanded to include more gender-neutral and non-binary options.

According to industry expert and fashion designer David Meister, this makes total sense: “I think socially we have let go of the stigma that men must shop in the men’s department and the same for women,” he tells us. “I think more and more people realize that cool clothing is cool clothing and they do not think of it in terms of gender.”

What is gender-neutral clothing?

Put simply, these gender-neutral clothing is designed without a specific gender demographic in mind. It does away with the preconceived notions about how men, women, or non-conforming people should dress—simply put, it’s clothing for all people. High fashion and haute couture may have played around with the idea first (think: Jaden Smith’s much-talked-about Louis Vuitton skirt in 2016), but there are a few big-name retailers that have dabbled with gender-neutral items in the past.

In 2016, Zara put out a selection of jeans, hoodies, and shirts and called it the “Ungendered” line.  In 2017, H&M launched a collection of unisex workwear staples called “Denim United.”

But as more brands learn to “get with times” so-to-speak, we could see this becoming more of the norm—especially in loungewear and athletic apparel, says Meister.

“Let’s face it: Much of what everyone wears to relax or workout is the same: sweatpants, a T-shirt, tank tops, comfy shorts, boxers, and casual sweatshirts,” he says.  Plus, Meister explains that manufacturers and retailers can benefit because unisex clothing streamlines their inventory.

From Beyonce’s Ivy Park line to old-school favorites like Champion and Fila, plenty of loungewear brands are normalizing the idea that clothing doesn’t need to be binary. It’s just one small step toward a larger conversation about equality in fashion, but we are SO here for it.

Beyoncé’s chic line of maroon and orange athleisurewear may have sold out at record speed, but part of its success may have been due to Beyoncé’s commitment to breaking the “so-called fashion rules.”

As she told Elle Magazine in December 2019, the line purposely included plenty of gender-neutral pieces that were made to fit all kinds of lifestyles and identities.

“I love experimenting with fashion, mixing high and low, sportswear with couture, even masculine and feminine,” Bey said.

And although her thoughtfully designed sweats flew off the shelves, you can sign up for updates on the next Ivy Park drop here.

TomboyX is a line of apparel that includes loungewear and underwear intentionally designed for any body to feel comfortable in, regardless of where they fall on the size or gender spectrum. In addition to their adaptive clothing, the company is committed to fostering a community of inclusivity and gives back to dozens of LGBTQ+ causes. From comfy cotton bralettes to sleek boxers and sweatshirts, it’s the kind of loungewear you can feel good about wearing. 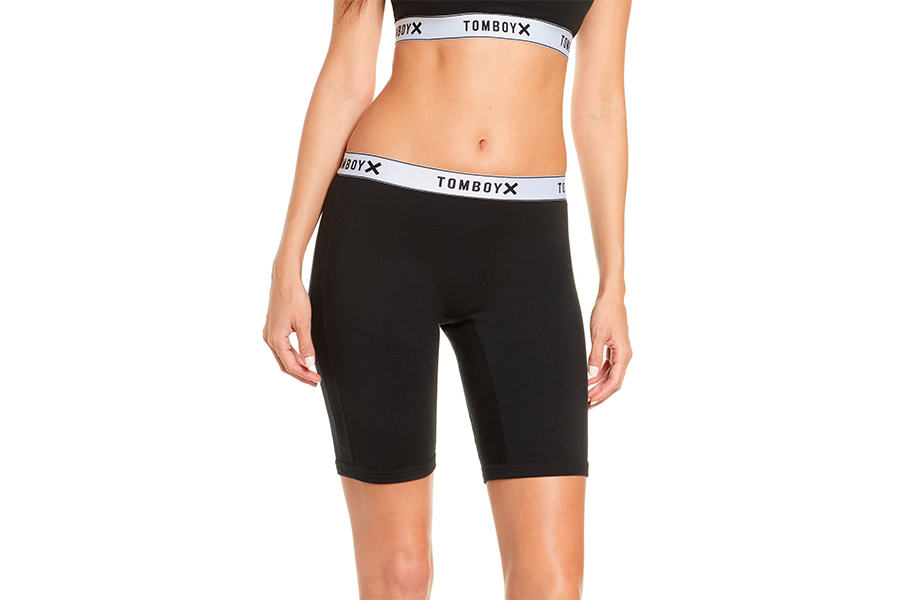 If Fila’s 2020 spring ready-to-wear runway was any indication, this athletic company may be on its way to even more unisex design. From functional anoraks to crew cut sweaters and cozy hoodies, the athleisure brand with the iconic red-and-blue logo is making its way into a fashion-forward, gender-neutral era, while still maintaining its retro branding and charm.

As the home of the original hoodie, Champion has always been committed to authentic athleisure and sportswear design. The brand has a unisex/gender-neutral selection of plush fleece sweatpants, sweatshirts, and T-shirts that are offer the same relaxed fit on guys, gals, and non-gender conforming folks. 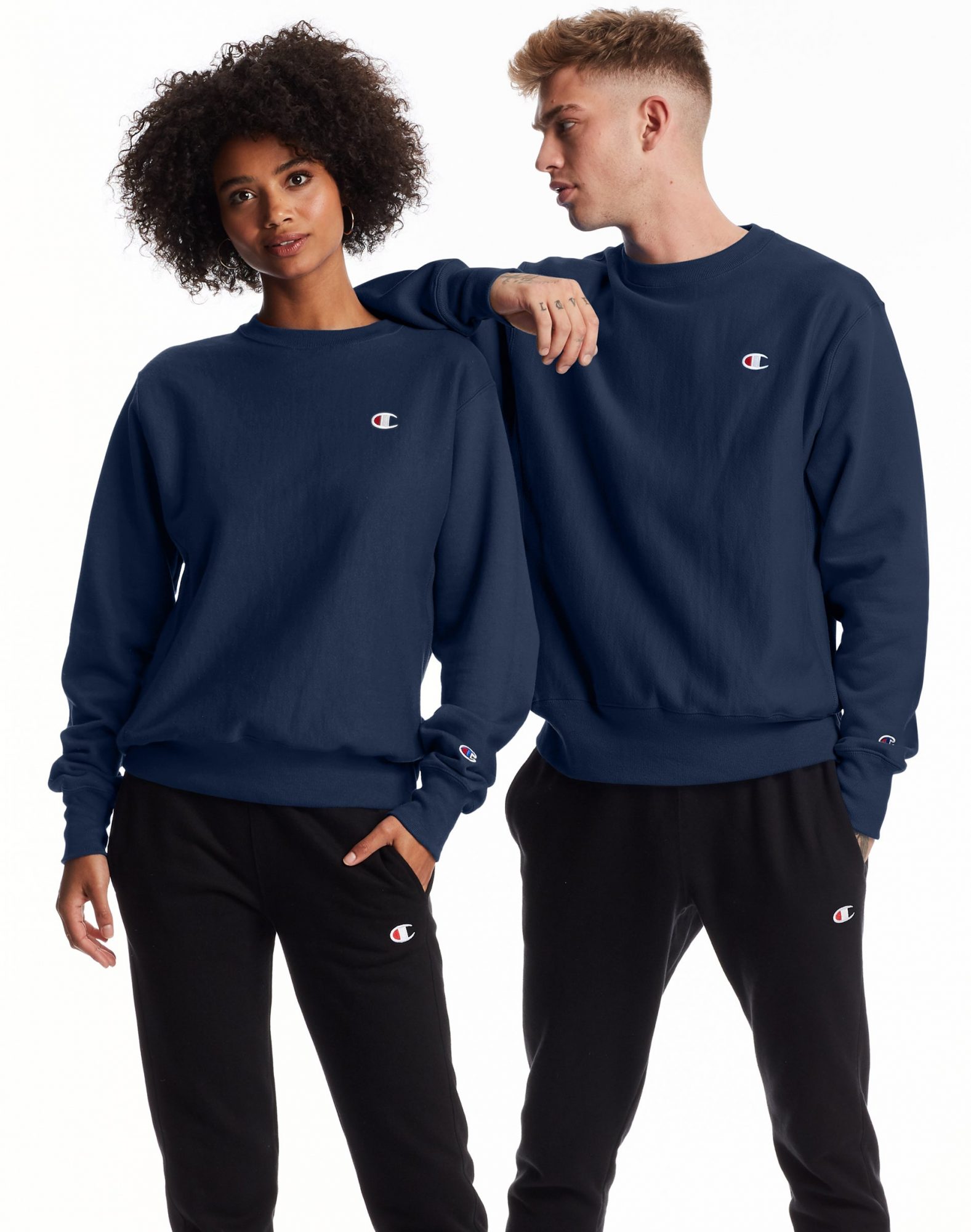 Wildfang’s feminist outlook is all about bucking traditional gender stereotypes and encouraging all identifying women to wear whatever the fuck they want. From queer women who prefer a more masculine cut but don’t necessarily fit into menswear to those looking for less restrictive clothing options, the brand has multiple workwear and loungewear selections that span the size and gender spectrums. 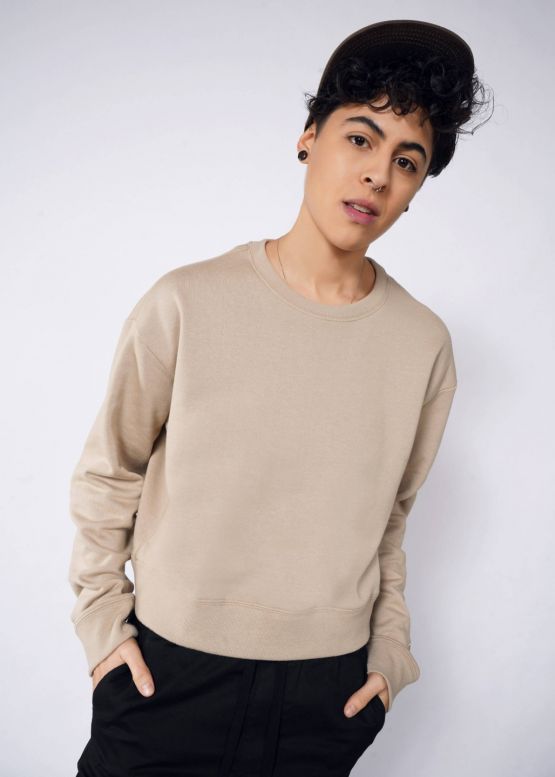