Ugh, Gaston from Beauty and the Beast. One of Disney’s most hated characters.

But despite being a misogynist pig, the man does have quite a few admirers. You know, these girls…THE GROUPIES:

But there’s something weirder at work here. These three women look EXACTLY the same. They can’t all be the same person, so are they…gulp…triplets? 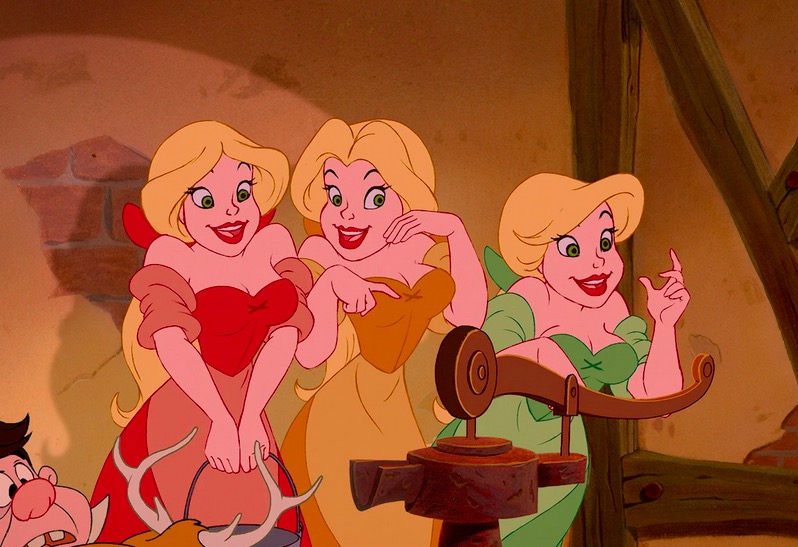 And if they are triplets, isn’t a bit weird that they’re all lusting after the same guy? It kind of reminds us of this twins situation that’s playing out on the current season of The Bachelor:

So, what’s the deal? Here’s what we were able to find — according to the Disney Wiki, they are indeed IDENTICAL TRIPLETS. 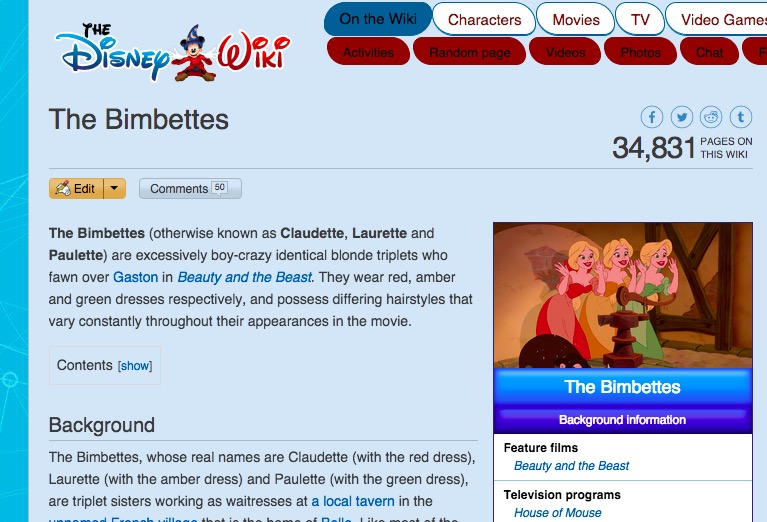 What’s more, they’re referred to as “The Bimbettes” (despite apparently having real names).

Okay, so you have three sisters interested in the same guy, but still, “bimbette” isn’t such a nice term. Get it — bimbo/bimbette? Oy.

But the question remains — what would the Bimbettes do if Gaston ACTUALLY picked one of them?