These new “Game of Thrones” images are totally freaking us out

Game of Thrones returns in 60 short days, and ahead of its Season 6 premiere they’re making one thing perfectly clear: No one is safe. Anyone, and at any time, can end up on one of the shelves in the House of Black and White.

The newly released promo images show us many faces — some who have died, some who are still alive, and others who are just like, ¯_(ツ)_/¯. (Looking at you, Jon Snow.) You know what that means? Season 6 is more than likely going to be the craziest one yet. As if all the past seasons haven’t been absolutely insane with shocking deaths (that drive us mad for weeks and months. And we’re still looking at you, Snow).

While Jon’s fate is up in the air, last time we stopped by Westeros, the likes of Tyrion and Arya were very much alive. Is this a horrible case of foreshadowing, suggesting that many of our favs won’t make it to Season 7? Or, once again, is Game of Thrones majorly messing with us?

Along with the solo character images, HBO released posters including ALL the faces of ALL the characters we love, and might lose, and those we’ve lost already. While it’s always nice to see Dany, it’s not great seeing her here. But so nice to see you again, Robb Stark! 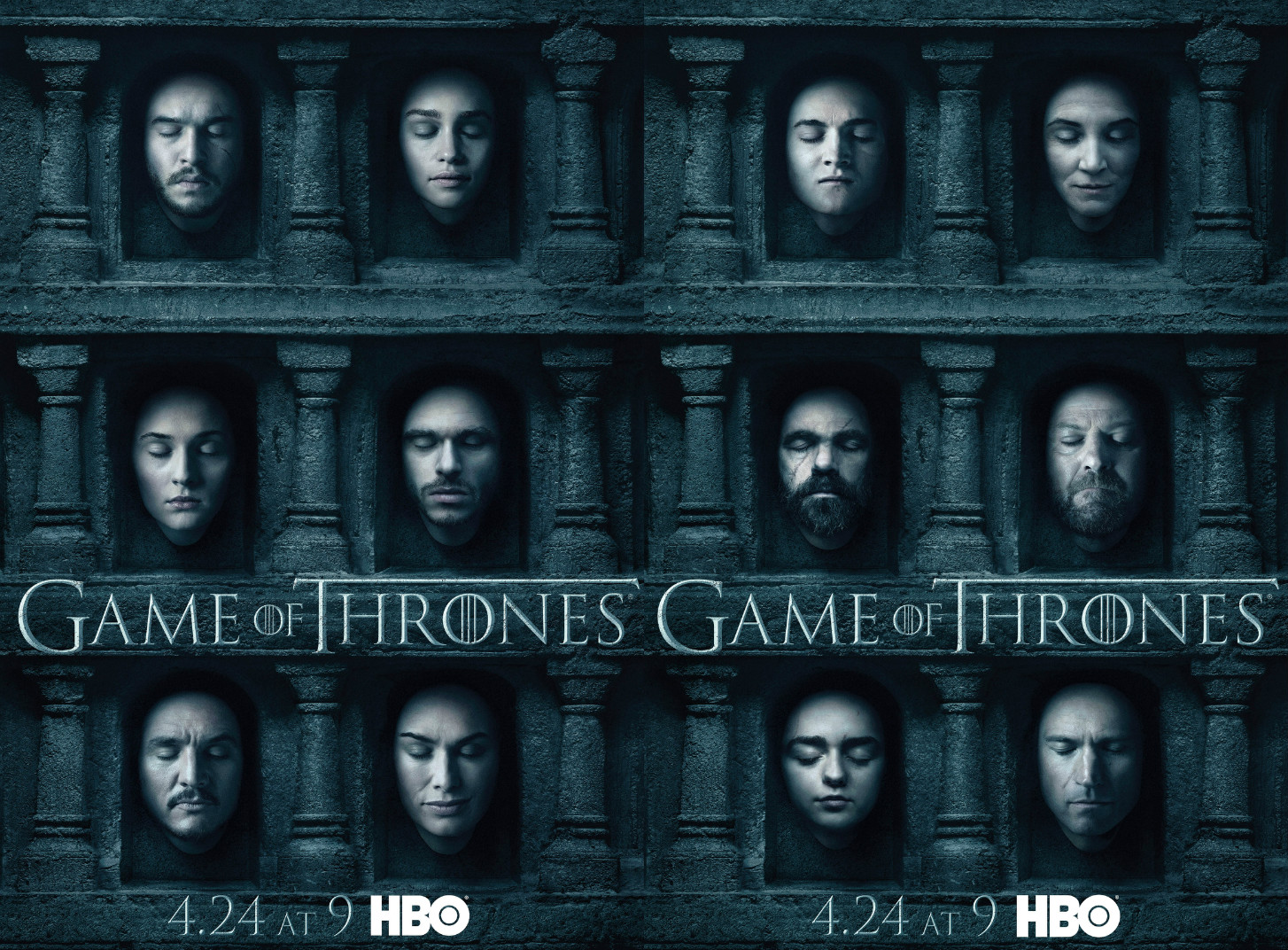 Can your heart even handle the wait for Game of Thrones, let alone how much will surely emotionally wreck us this season? It all begins again on April 24th at 9pm on HBO.