Move aside, Dany, Jon Snow has a new best friend on “Game of Thrones”

Remember when Daenerys Targaryen and Jon Snow first met and our hearts melted at the impending friendship? Well, we’ve moved past that, but not only because we think there’s a *pretty* solid chance they might get together. Jon Snow has a new BFF. If you haven’t seen Game of Thrones episode “Eastwatch” just yet, you’d best make your grand escape from this post because major spoilers are about to wash ashore.

After rowing out of our lives back in Season 3, Gendry made his grand return to the show and our hearts. Ser Davos found Gendry hanging out at Flea Bottom in King’s Landing…and then the two immediately got back in a row boat with Tyrion. The trio set off for Dragonstone, and that’s where Gendry met his new best friend, King of the North Jon Snow. It was the best thing ever.

Despite Davos warning Gendry that Jon Snow does *not* have the time to know he’s secretly harboring the last remaining bastard of Robert Baratheon, Gendry immediately comes clean because he knows that honesty is the best policy. And thus, their beautiful friendship is formed. 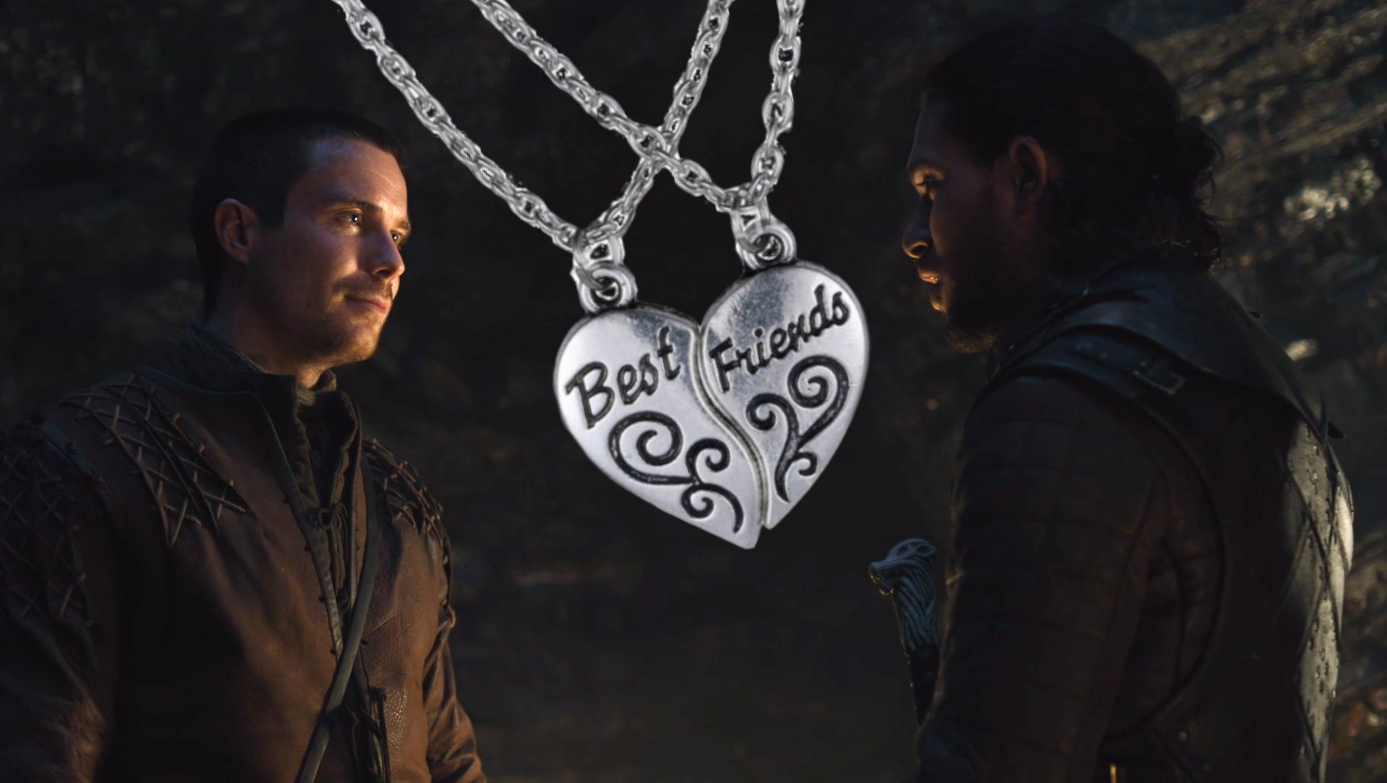 The two immediately bonded over being bastards, their legendary warrior fathers, and their roles in the war to come. Davos really wants Gendry to go to Winterfell and be a blacksmith there, but Gendry knows he’s a Baratheon now and he wants to fight alongside Jon Snow.

While we’re a little disappointed that Arya didn’t come up during their conversation, we loved how Gendry and Jon instantly clicked. Even Ser Davos became all nervous proud dad at his two surrogate sons meeting.

The episode ended with new BFFs Gendry and Jon joining the coolest band of misfits in Westeros: They team up with Jorah Mormont, Tormund, Beric Dondarrion, The Hound, and Thoros of Myr to bring back a wight to show Cersei.

We’re keeping our fingers crossed that our new new BFFs survive to become the new Robert and Ned!