[Warning, lots of Game of Thrones spoilers ahead.]

After a slow start, Game of Thrones kicked things into high gear this week with the second episode of Season 6, “Home.” We finally found out if Jon Snow is really, most sincerely dead (he is not). We saw Tyrion tame some dragons (and fuel another popular fan theory). And, perhaps most importantly, we got some awesome flashbacks to Ned Stark’s childhood, including the first glimpse we’ve gotten of his sister, Lyanna. 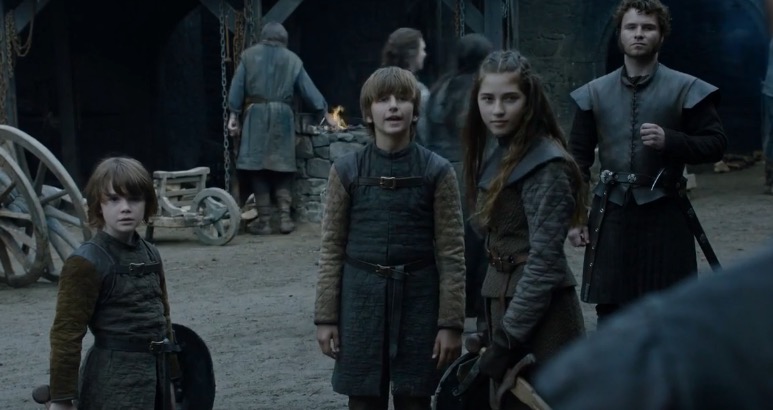 And, in the previews for next week’s episode, the ominously-titled “Oathbreaker,” we see even more of Young Ned. https://www.youtube.com/watch?v=

This is all very important because one of the most popular Game of Thrones fan theories (okay, probably the most popular) hinges on a decision Ned Stark made when he was younger. We’re talking, of course, about the R+L=J theory, which stands for Rhaegar + Lyanna = Jon.

The theory speculates that Jon isn’t Ned Stark’s bastard at all, but the son of Lyanna Stark and Rhaegar Targaryen. Rhaegar abducted Lyanna (although there’s some debate as to if he actually kidnapped and raped her or if she willingly eloped with him) and when Ned finally found her in a “bed of blood,” she was dying and had just given birth to a son: Jon. Ned, being the standup guy that he was (RIP), agreed to claim Jon as his own to protect him, because that was not a good time to be walking around Westeros with Targaryen blood.

And remember that preview for next week’s episode? Young Ned is about to face off against Arthur Dayne at the Tower of Joy, which happens to be where the R+L=J theory claims Jon was born. NBD.

What’s more, if this is proven true, it will mean that Jon has both Targaryen (fire) and Stark (ice) blood running through his veins. And, since the book series Game of Thrones is based on is called A Song of Fire and Ice, that seems pretty important.

And Young Ned Stark is posed to prove it all true THIS SUNDAY (!!!).