Have you started bingeing Fuller House yet? If not, don’t worry, this isn’t too much of a spoiler. If you’ve been eagerly anticipating the ’90s reboot, you probably already know that Mary-Kate and Ashley Olsen chose not to participate in the new show for several reasons: They don’t act anymore and they also have crazy-busy lives running their various fashion lines.

Leading up to the show, hints were dropped about how Fuller House would explain Michelle’s absence: Like the Olsens, Michelle wouldn’t be around because she’d be in New York running her “fashion empire.” And within the first minutes of the show, we learn this. 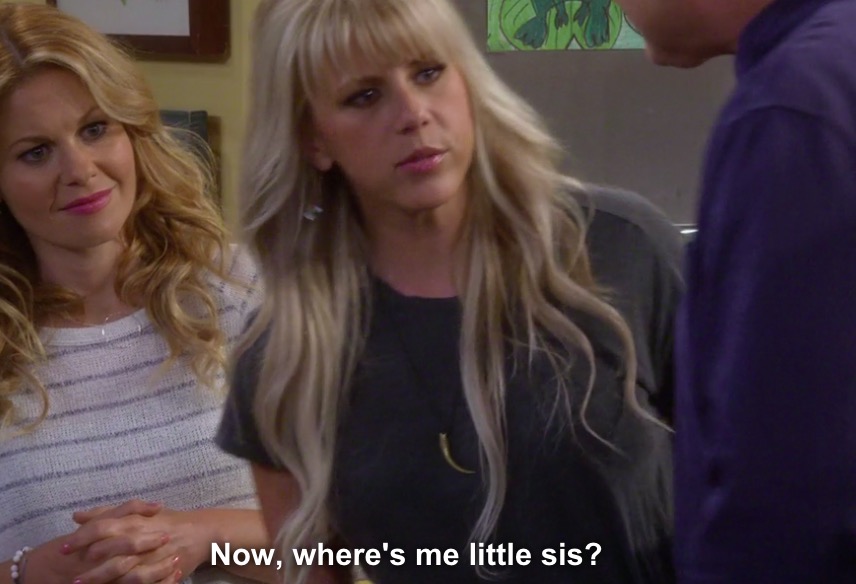 And THEN. The whole cast just turns and stares at the camera for a VERY LONG TIME:

D-d-d-daaammmmnnnn. But all in good humor, right?