Hey, congrats on completely binging Fuller House this past weekend. Major props to anyone who finished it all in one sitting, seeing as how it was roughly about six hours. And now that you’ve watched it (and have the new opening credit theme song stuck in your head forever), it’s time to talk about it. Mostly, the lingering plot holes discovered in the show that have us scratching our heads big time.

1. Like, exactly how much time passed from the pilot episode of Fuller House to the end?

The timeline doesn’t make sense. Stephanie attends Coachella in April… and Uncle Jesse and Aunt Becky actually got married on February, so how come they renewed their vows way after their original wedding date?

Guys, the housing prices in San Francisco are ridiculous. Why was D.J.’s other home never addressed, and what happened to it after she moved back into the Full House house, and did she successfully sell her other house, and what was the asking price? 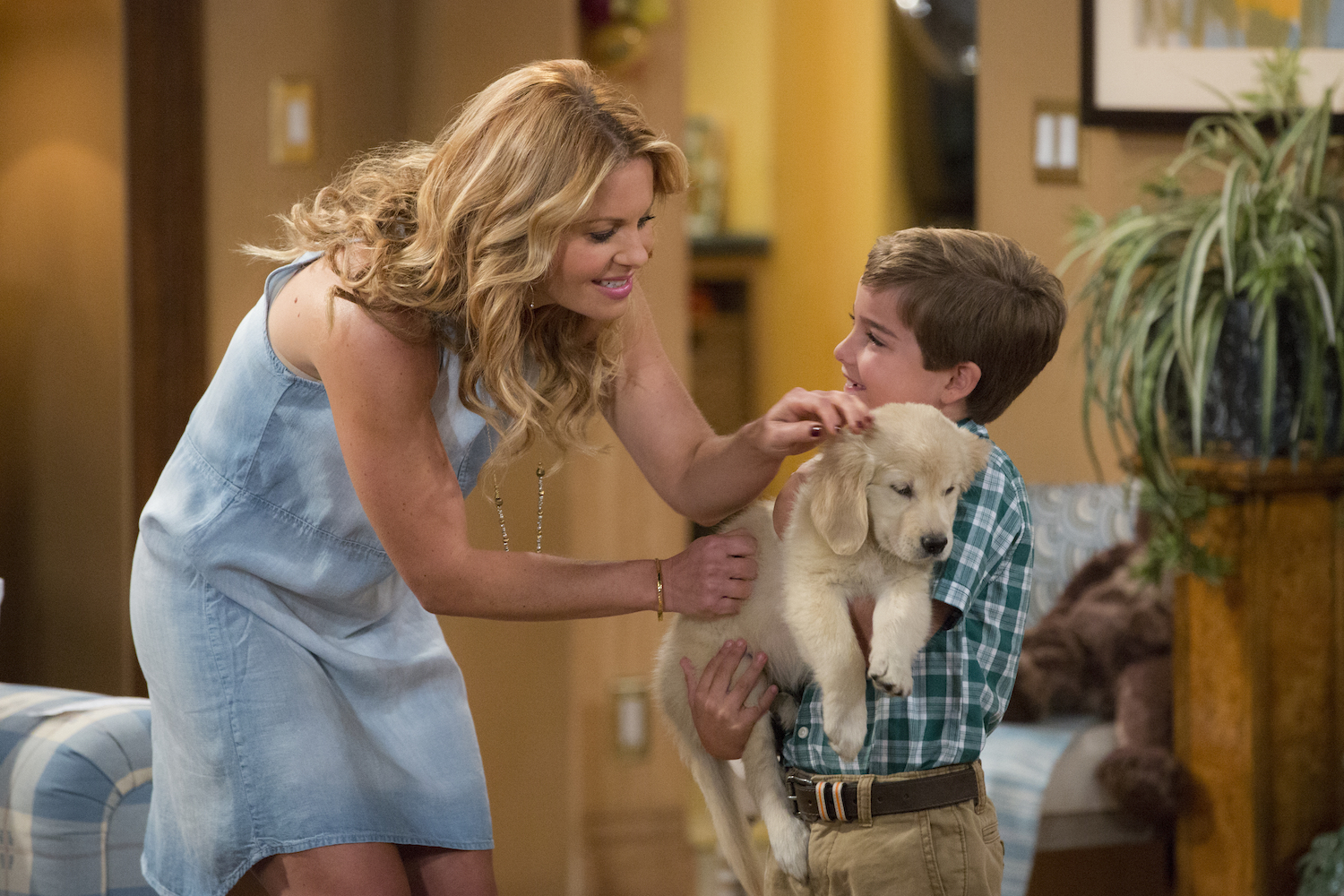 How many dogs named Comet did the Tanner family go through, and how come Steve ended up with one of Comet’s female descendants if he hadn’t been dating D.J. this whole time?

4. Why did Danny live by himself for SO LONG in that GIANT HOUSE?

On top of that, why did he keep the entire house intact with so many bedrooms, including the basement? Why did he leave all the kids’ drawings on the wall? That’s kind of sad, right? 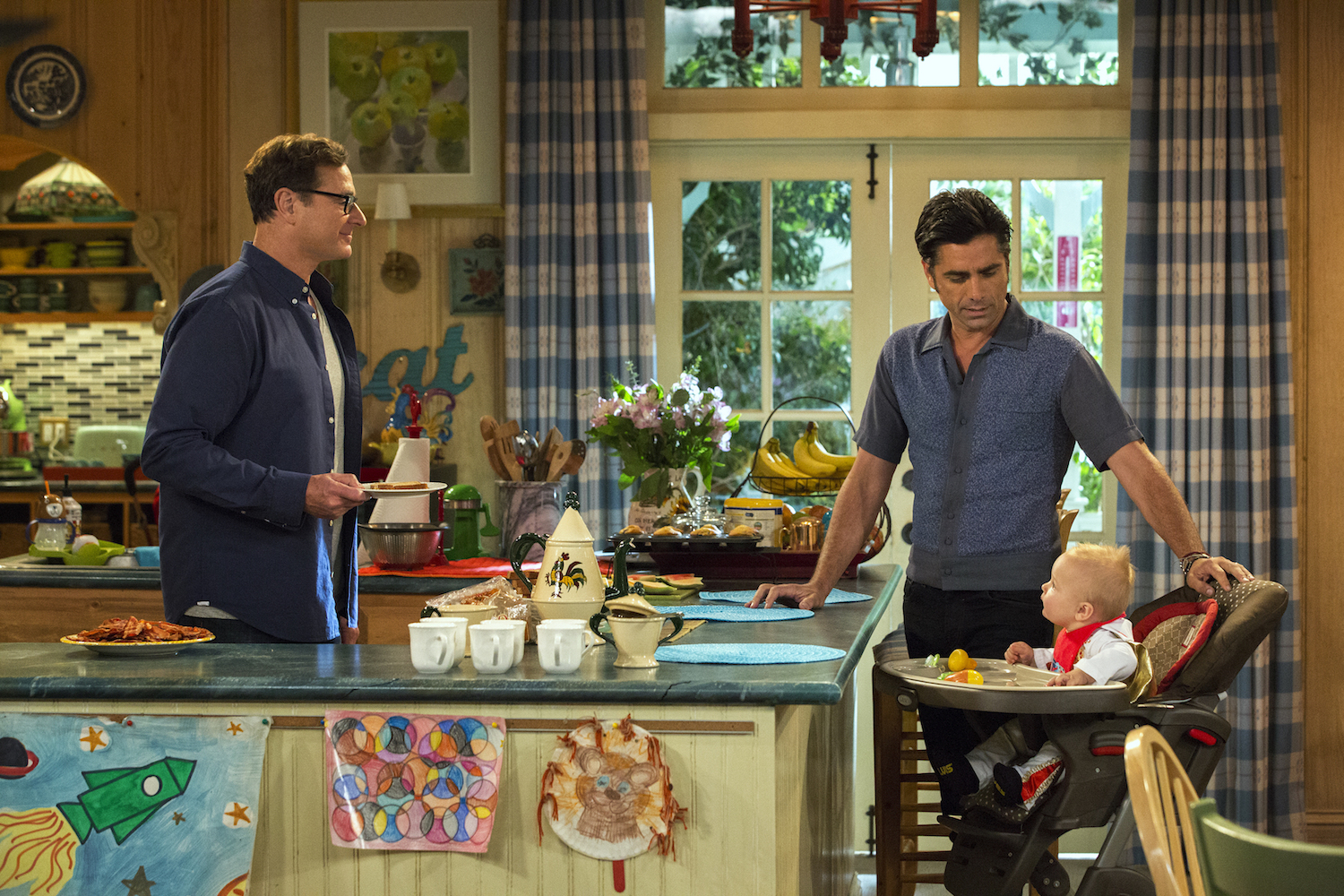 5. Why did Danny drop a piece of toast on the floor and then not FREAK OUT ABOUT IT?

6. Why didn’t Nicky and Alex come up to San Francisco for their parent’s renewal ceremony?

It was established that the boys weren’t all that great at college and spent most of the time surfing anyway. They would have been so ready to take a long weekend trip to San Fran. But they didn’t. 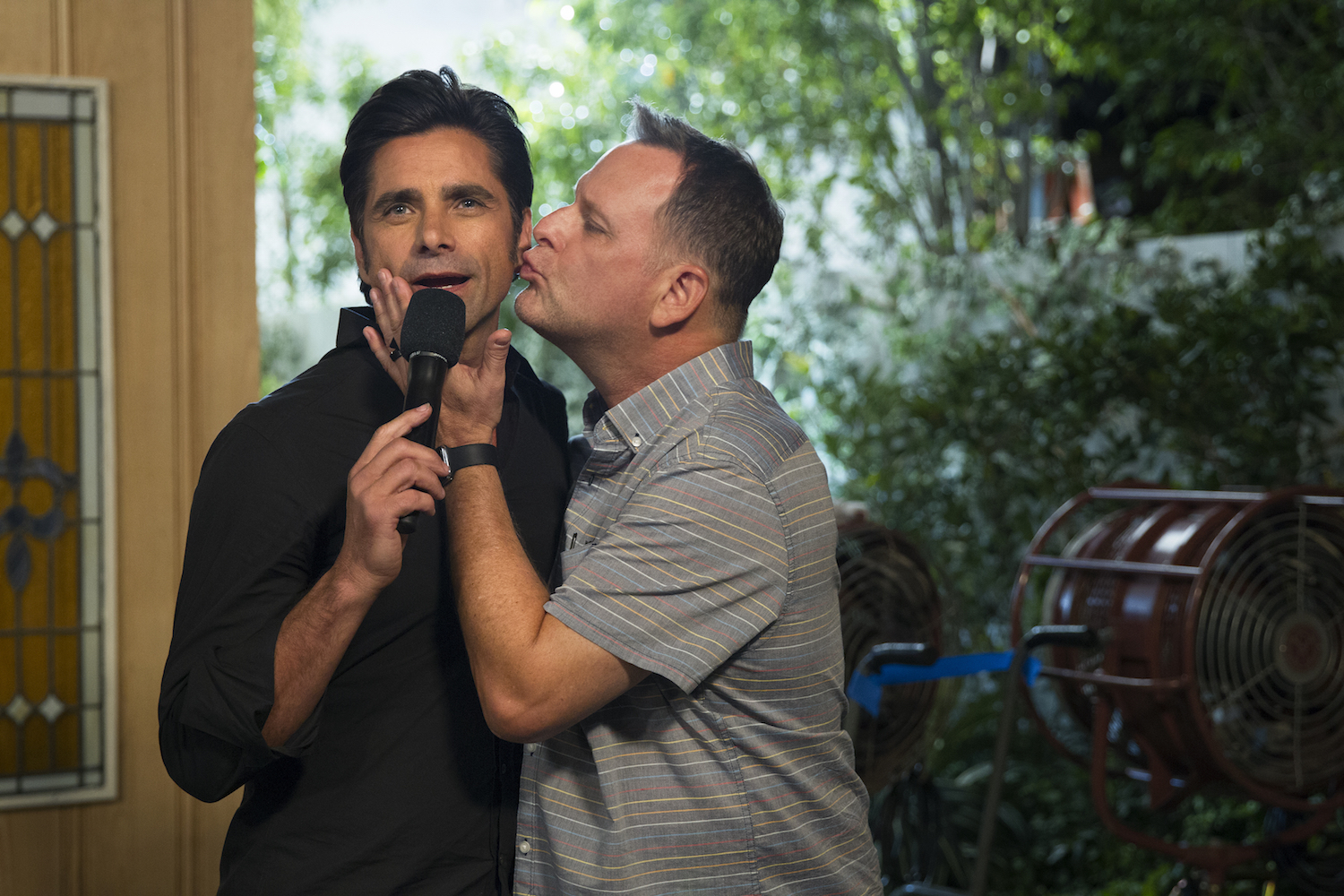 7. Are we really supposed to believe that Uncle Jesse hasn’t tried to sing “Forever” every single day of his life for the last two decades?

8. Who thought that Bollywood number was a good idea?

WHO? SHOW YOURSELF. Also, why did no one think to put Steve in an Aladdin costume because that would have been really awesome. 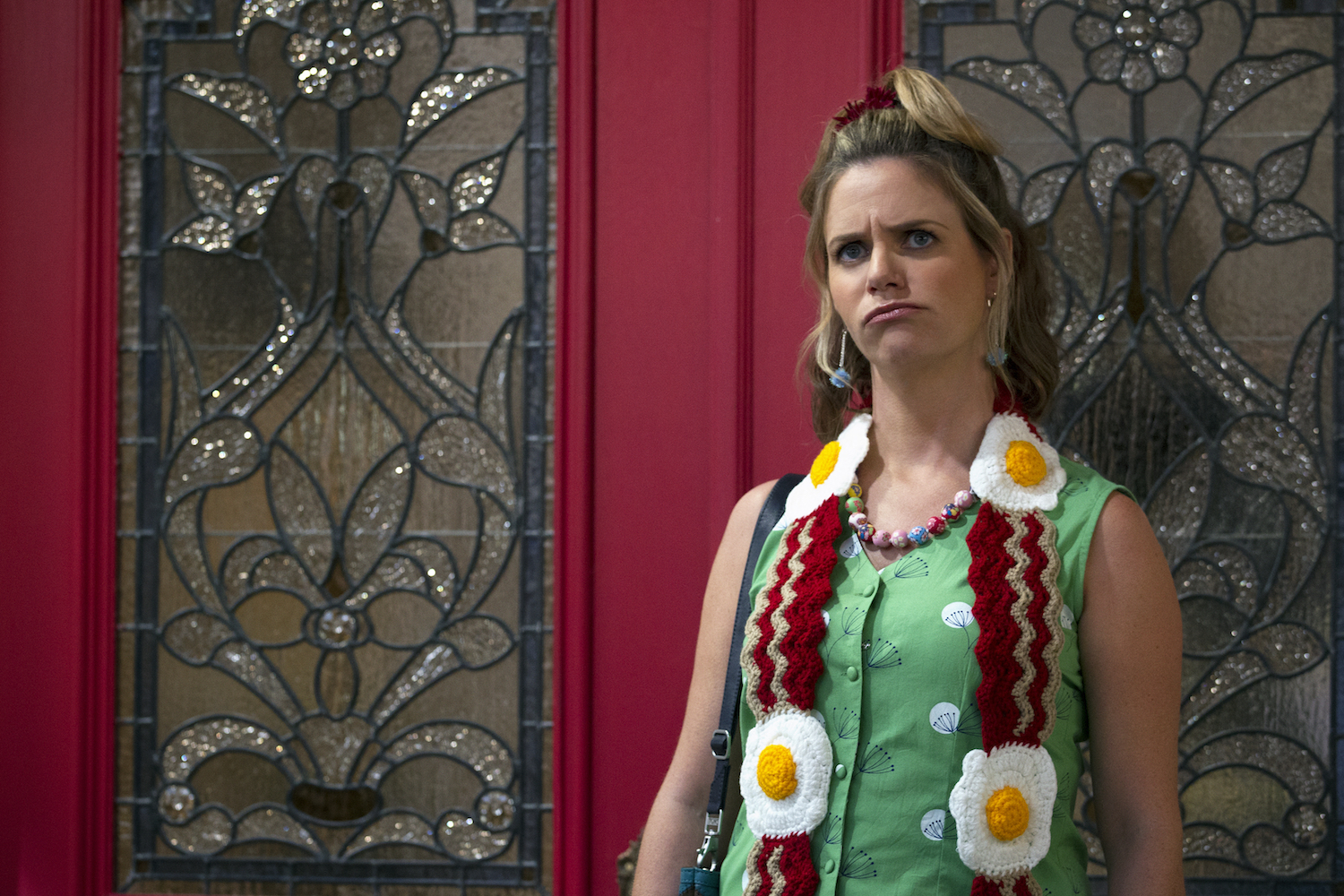 9. Why was Kimmy’s party planning group referenced, and certainly hired to cleaned up, but never seen?

Kimmy is supposedly some great party planning sage, and has a clean up crew that even impressed Danny. So, where were they? Did Kimmy have anyone else helping her with her party planning, or was it really a one-woman show?

10. Where did Stephanie get so much tomato juice so quickly?

On top of that, how did Stephanie actually get the tomato juice? Like, did she head out to the store, with Tommy, smelling like skunk? 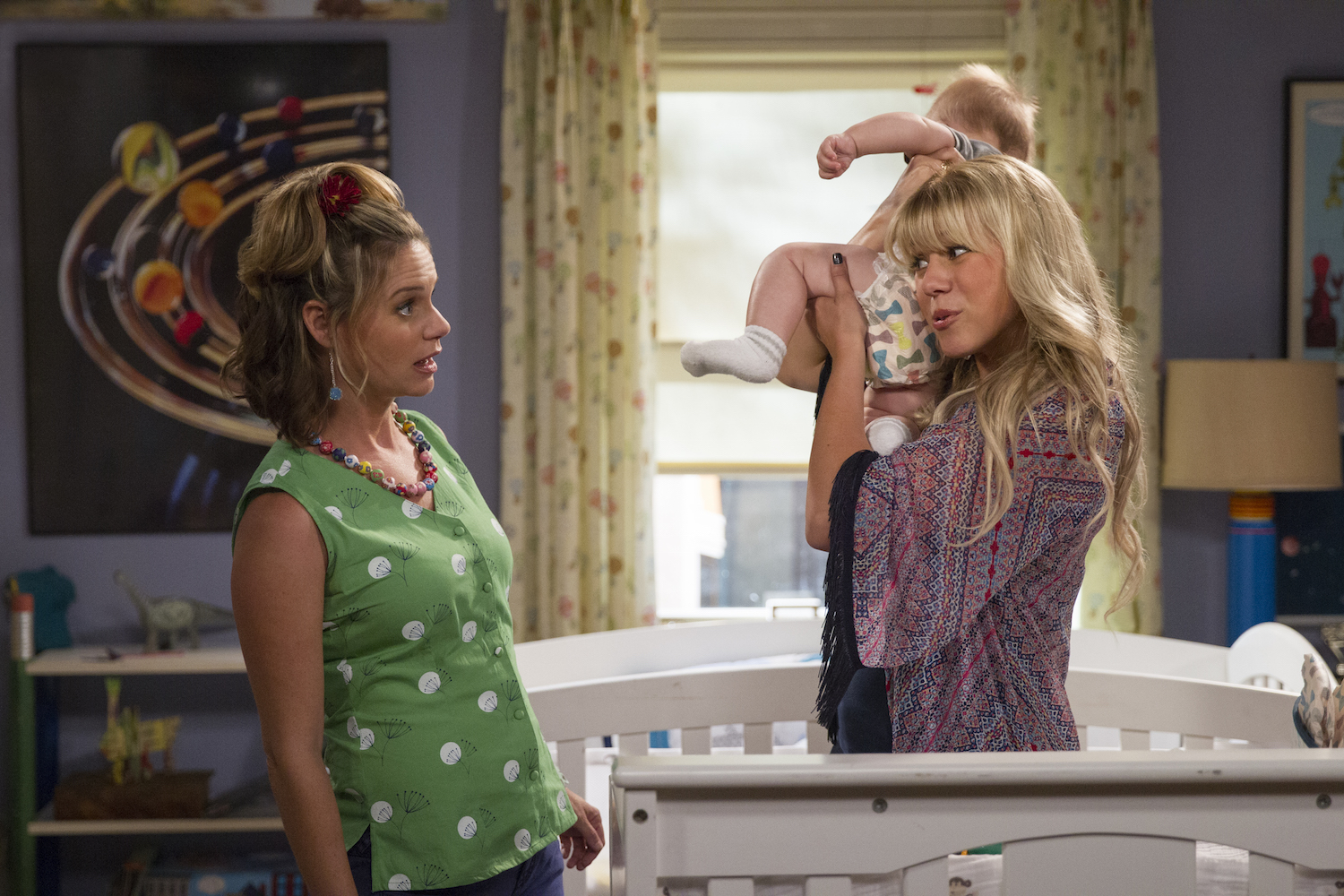 11. Where was Stephanie meeting all of these guys?

Are we supposed to believe that Stephanie is super big on Tinder because otherwise why was she always talking about seeing and dating different guys — especially after it was also established that she was slowly turning into a “spinster aunt?”

12. Was learning about Stephanie’s fertility issues sort of… out of the blue?

There was NO LEAD UP to that. It was just like BOOM, can’t have kids. 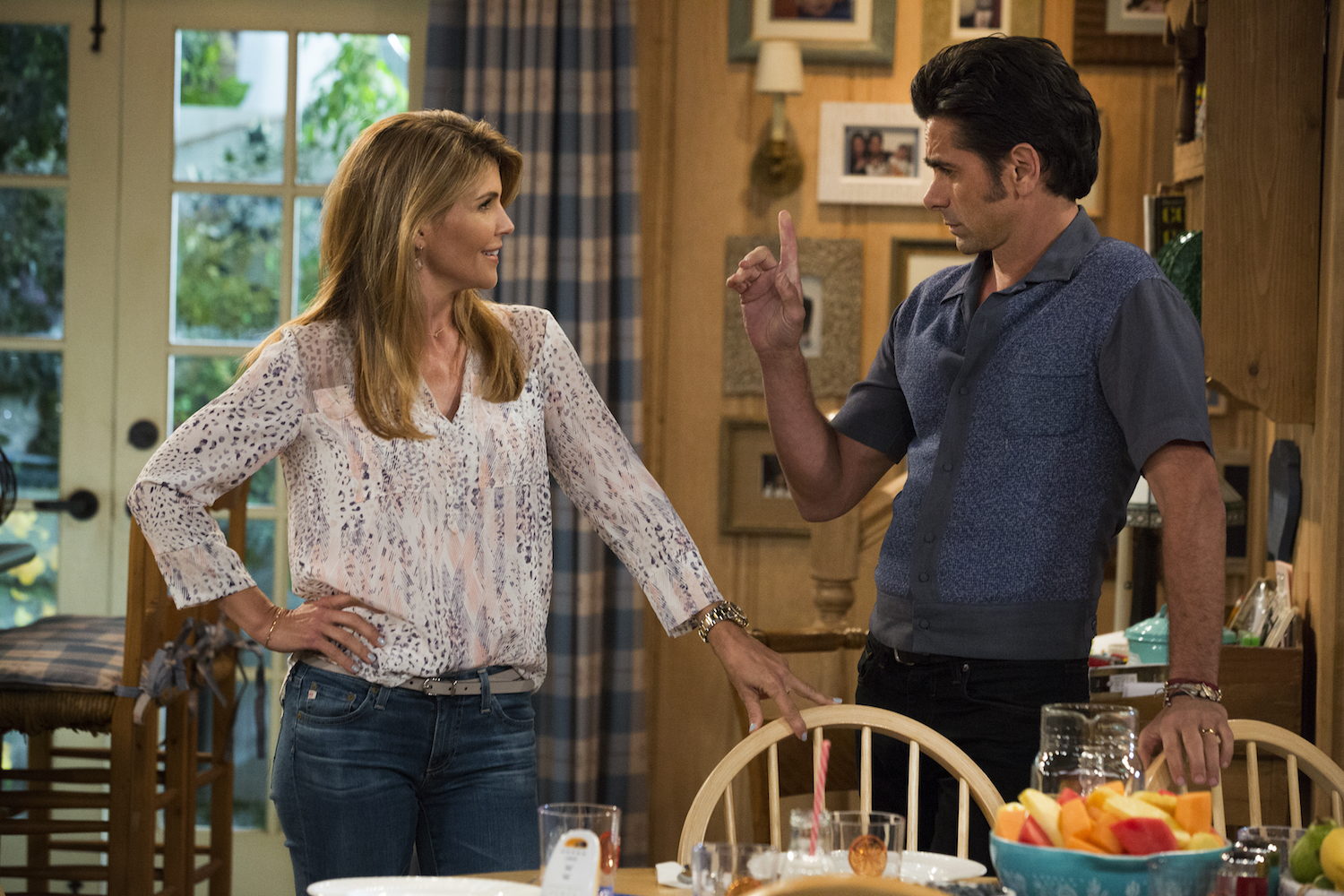 13. When did Aunt Becky get so baby crazy?

That wasn’t in the OG show.

14. How did Matt pick up and leave his vet practice in Miami for an extended period of time?

It was like he took a vacation to cover his dad’s vacation and that didn’t make any sense.