So… is there something going on between Uncle Jesse and Kimmy Gibbler?

We need to discuss Fuller House for a second. Specifically, Uncle Jesse and Kimmy Gibbler. Did you guys ever get the feeling that… that there was some flirty fun going on between them? 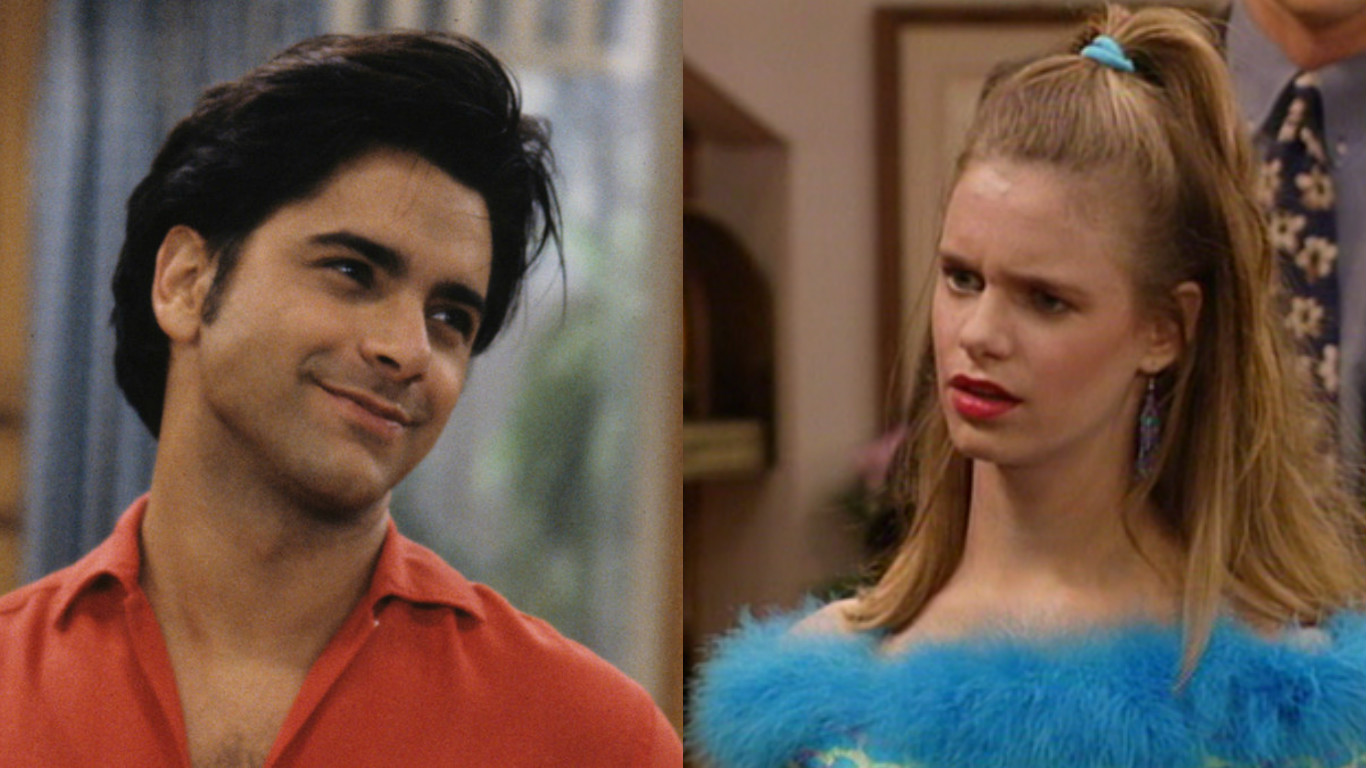 Thinking back to Full House, this alluded sexual tension was there, but in super small doses. Because, that age-difference thing, and also like, it would have been weird as hell. But, let’s be honest with ourselves for a second. Everyone had a crush on 90s John Stamos, EVERYONE. It would have been weird if Kimmy didn’t have a crush on him. You still might have a crush on him, and have a poster of Stamos hanging on your wall (there’s nothing wrong with that).

The OG show even acknowledges this crush a little. There was one episode, “Another Opening, Another No Show” (Season 7, Episode 8) where Jesse and Kimmy found themselves locked in a supply closet at the Smash Club, and Kimmy jokes, “Isn’t this a crazy twist of fate? You and I, stuck here like this?” And Uncle Jesse throws his hair a little bit and replies, “I know, over the years, you’ve probably had a crush on me…”

And viewers at home are like whut?  YEAH, SUUUUURE, KIMMY.

Well okay, that weird sexual tension is back for Fuller House, and it’s still kinda weird. Like, how Kimmy describes Uncle Jesse as “the dreamy one” to her daughter Ramona.

And then can’t help but get excited when she moves into Uncle Jesse and Aunt Becky’s old room.

We’ve also only just begun our Fuller House binge, so maybe this is actually address in full at some point. Or this is something we’ve imagined. Or Kimmy is finally an ~adult~ and cool to shout about her childhood crushes to the world. Or, this has really been going on the whole time. Stay tuned.