All the friendship lessons I learned from “Broad City”

I love Broad City. I think most people who have been blessed enough to come across it love it, too, in the purest of ways. It isn’t a guilty pleasure, like the way you read gossip magazines or binge-watch Keeping up with the Kardashians on Sundays. It isn’t something you have to learn to love. For almost everyone that watches, it’s love at first sight. Broad City is an honest and realistic (but also completely absurd) look at New York through the eyes of two optimistic and down-on-their-luck women, and is funny enough to warm even the coldest of hearts.

What makes it so laugh-a-minute, ear-to-ear grin enjoyable is best friends Ilana and Abbi, played by Ilana Glazer and Abbi Jacobson. These women aren’t perfect. They both struggle with dead-end jobs and can (in their own ways) be selfish, mean, or lazy. But so can we — which is what makes their flaws so refreshing. Their intense and all-encompassing love for each other helps them overcome obstacles big and small. Watching their friendship on the small screen has taught me a wealth of lessons in how to love myself and my friends. 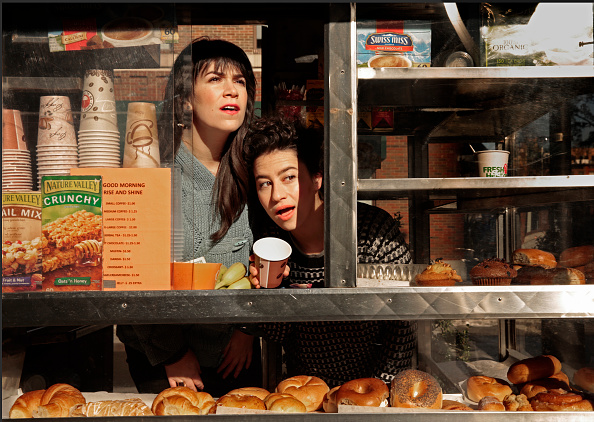 Our differences bring us closer.

Initially, I liked to think I was an ‘Ilana’ — outgoing, hilarious, and self-loving. In reality, I’ve found myself more on the Abbi end of things. Ilana’s uninhibited sexual choices, tendency to hide weed inside her body, and penchant for shouting, “YAS, QUEEN” might be occasionally embarrassing for the more low-key Abbi, but Abbi never tries to shut it down. Similarly, Ilana only tries to change Abbi when it’s to make her more confident or to help her love herself. Their different bodies and styles are never the source of petty insults, and only serve for an extra dose of comedy when they swap roles for the day. The world wouldn’t be as exciting if it was only full of people like Abbi, and nothing would get done if we were all like Ilana. Finding new things out about each other — like the fact that your friend has an alter-ego when she’s drunk — isn’t something to be afraid of. In fact, it’s exciting. It’s just learning a new facet of their brilliance.

Friends are there to lift each other up.

We are there to literally lift each other up if knocked unconscious due to a seafood allergy, but also figuratively, as well. Ilana throws Abbi compliments all day long, telling her she has the “ass of an angel,” and “chocolate brown eyes.” Ilana’s near-constant uplifting monologue instils more confidence in Abbi than we’ve ever seen in her, even when she doesn’t ask for it. Abbi usually replies with an uncomfortable, “Ilana…” followed by a small smile and a spring in her step. Watching these exchanges is all I need to convince me that I need to give my friends much more frequent compliments. 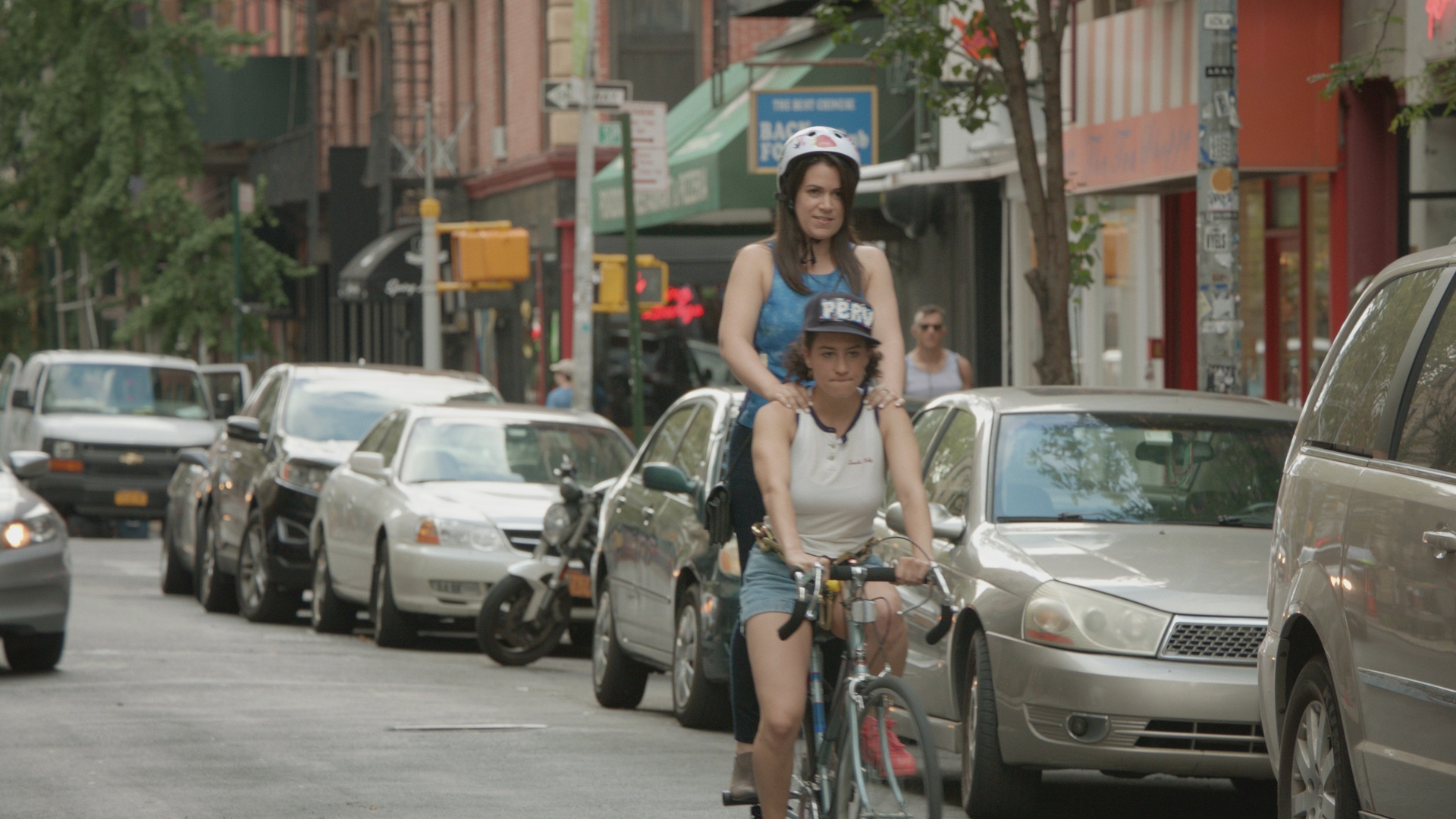 Your friends successes are your own.

Ilana’s life, like most of ours, is a little bit of a mess. She (sorta) works a job she hates for very little money, and doesn’t seem to have a long-term plan — but that doesn’t matter. Abbi works at a job she’s not too fond of either, but she’s an aspiring trainer and an illustrator, and when she succeeds Ilana is there — slamming her illustrations onto the window at the bank. Doing everything she can to attend Abbi’s art showing at a s-handwich s-hop! Screaming about Abbi’s pegging successes at Grandma Esther’s Shiva. It’s easy to feel bitter jealousy when your friends do well, but we need to learn how to swing those green-eyes back around to love.

The start of a friendship isn’t unlike the start of a relationship; you want to look your best at all times and avoid anything that might damage your reputation. You might tiptoe around subjects that could potentially make your friend see you in a different light, or ensure you’ve always picked out your best outfit when you meet up. There’s a point, however, where that all fades and you start to get real. Ilana and Abbi still have the occasional dressed-up evenings and glamorous outings, but more often than not, they are covered in literal trash. These girls have had allergic reactions, fallen into dumpsters, forced bike chains off their bodies, been to the bathroom, been maced, been black-out drunk, had near foursomes, cleaned in their underwear, and more… all in front of each other. None of this served to the detriment of their friendship, and only made it that much stronger. We can all learn a little about shedding our shame from Abbi and Ilana. 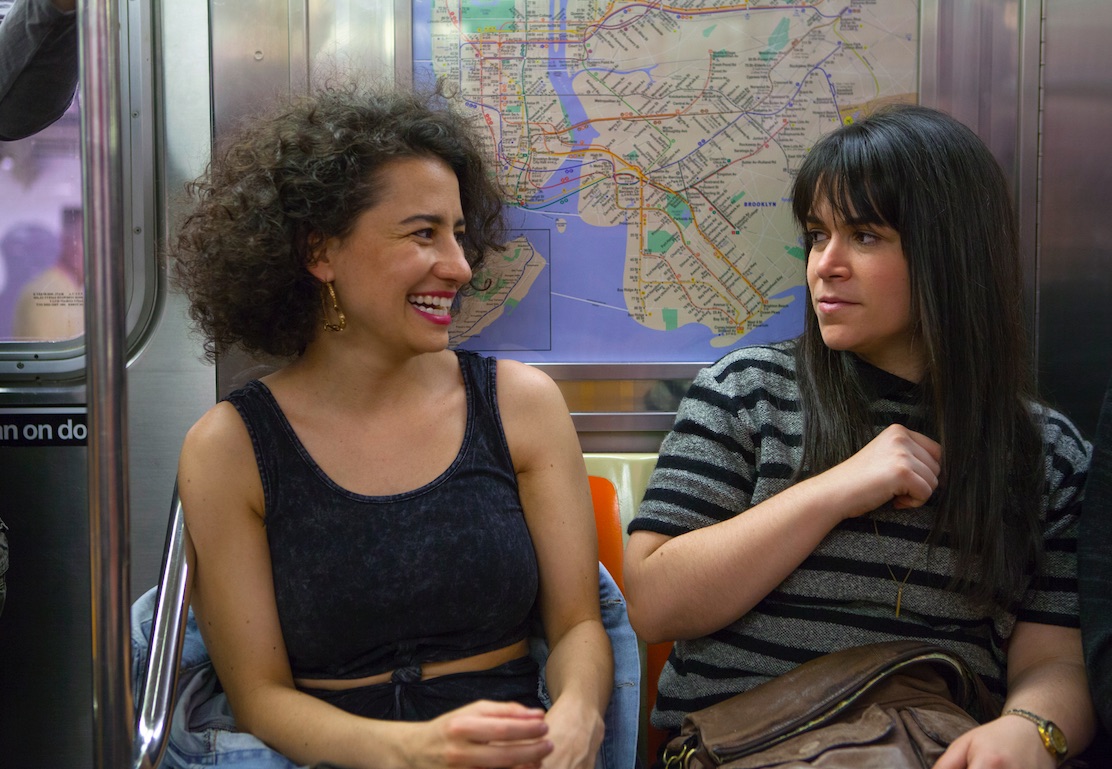 And when it’s not, your friends send out the red alert to everyone they know that you may well have been literally murdered. Ilana is so committed to her lifelong 24/7 friendship with Abbi that she is willing (jokingly or not, the jury’s out) to die if Abbi does. Ilana and Abbi’s friendship, IRL and through technology, is nonstop in a way that is so true to our own lives. The same way we Snapchat in the bathroom, they Skype during sex and to take care of each other when they are disastrously drunk. Their communication is so all-encompassing that they consult one another on everything from the smallest of decisions to the doozies. Technology has made it so we can talk to our besties constantly, and when you take that away, you run the risk of rollerskating yourself into a huge hole on the way to a dog wedding, which nobody wants to do.

You might not have found the Ilana to your Abbi just yet, but that’s okay. It took them a little while to find each other, too. Broad City, in its infinite wisdom, teaches us as much about loving ourselves as it does about loving our friends, which is exactly what makes it the gift that keeps on giving.

Marianne Eloise is a writer, MA film graduate, and full-time TV and pop culture obsessive. She also writes poetry, and her debut collection Cactus was published last year. Her work has been published on Bustle, PopMatters, and more. She can always be found either at the beach or in front of a screen. You can follow her on Twitter.