Frank Ocean played paparazzi at the Met Gala, and his photos are how we wish our Instagram pics looked

Frank Ocean may have attended the 2017 Met Gala as a guest, but once inside, the Grammy-winning musician took on a new role entirely: event photographer.

Nope, we’re not kidding. At the request of Anna Wintour herself, the legendary artist played Met Gala photographer for the evening snapping candids of A-list guests like Kendall Jenner, Hailey Baldwin, Gwyneth Paltrow and more. He even turned the camera on Vogue-adored photographer Mario Testino himself!

Getting cozy with a Contax T3 35 mm, Mr. Ocean’s medley of candid shots colored a perspective into the Met Gala festivities that we rarely catch on the red carpet. The old-school film paid off, too, because the sartorial snapshots are definitely up to snuff for Vogue‘s hallowed pages. The moments he captured? Like a Mastercard ad, they’re *priceless.* 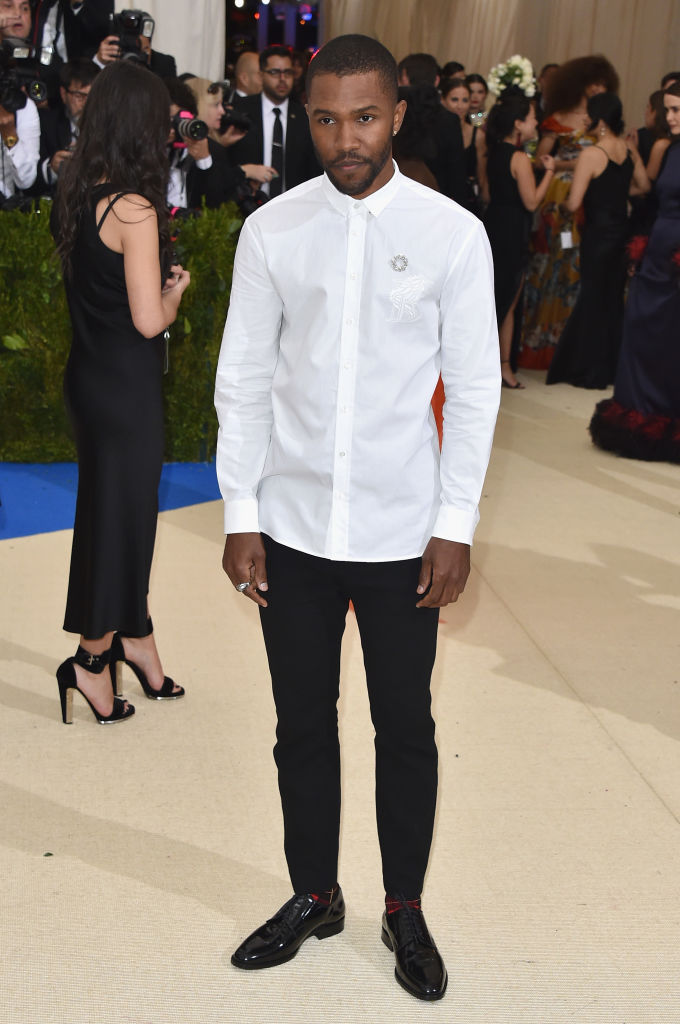 And how could he miss Kendall and her BFFL Bella Hadid making faces?

Or Hailey Baldwin sticking her tongue out in couture?

He even got away from the supermodels for a minute to take a party pic of the bros.

Before getting right back to it with sharp photos of Naomi Campbell, Zoe Kravitz, and Adwoa Aboah.

He even scored a snapshot of Gigi Hadid cracking a joke with Alexander Wang. Talk about candid!

Hmmm, perhaps his newest track, “Lens,” has some underlying messages about his desires to be behind the lens rather than in front of it.

And say Frank: if you’re looking to experiment with some Instagram photo-taking in the future then hit us up, because we dig your work!