I learned how my food choices affect our planet, so I changed the way I eat

I met Jasmin at a hostel bar in Iceland.

Last October, my small travel group walked into KEX for a meal at the hostel’s trendy gastropub, Sæmundur í Sparifötunum (try to say that 10 times fast… or just once). Jasmin, a self-described food and hospitality lover, was having a drink at the bar while waiting for a colleague to arrive for a meeting. One of my friends, who is admittedly way more friendly and outgoing than I am, introduced herself to Jasmin and started up a conversation. As it turns out, she is one of the most fascinating people I have ever met.

Jasmin works at Dill, a newly Michelin-starred restaurant in Reykjavik specializing in new-Nordic cuisine. She spends her days exploring Iceland, starting natural wine clubs, and scavenging the coastline for a variety of edible seaweed. Her Tweets detail her efforts to make beetroot and turmeric kombucha, and her occasional escapade in sampling fermented shark.

In between shots of Icelandic liqueur (aptly called Björk), our group of five travelers joined Jasmin to talk about Iceland, food, and our passions – one of which, for Jasmin, is sustainability.

"It's a huge pet peeve of mine when people say they're vegetarian because they care about animals and the environment, but still eat fish," Jasmin told us.

This isn’t to hate on all the pescatarians out there, but Jasmin has a point: Overfishing has decreased bluefin tuna populations by 96 percent. Non-sustainable salmon fishing has created dead zones along Chilean coasts, making it impossible for fish to survive there. A study from way back in 2003 estimated that, because we don’t have sustainable fishing practices in place, the world’s population of large ocean fish is down to just 10-percent of its pre-industrialization size. 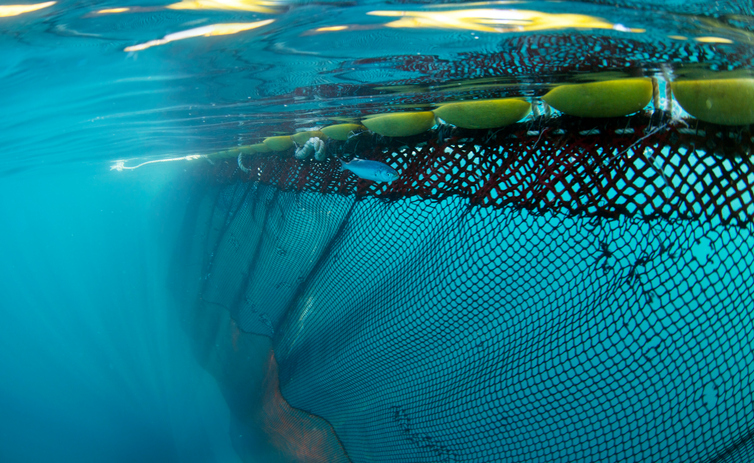 Jasmin isn’t alone in her feelings. Chef Michael Cimarusti refuses to serve bluefin tuna in any of his restaurants for this exact reason.

"Nobody is going to die of starvation because you give up bluefin tuna. These are all first-world problems, truly. But they resonate on a much larger level than that, the extinction of a species is not just a first-world problem, it is a worldwide problem," Cimarusti told Munchies.

My conversation with Jasmin sparked a totally new way of thinking about the food I eat, how it affects me, and how my choices influence the world I live in.

Right about the time I went to Iceland, I was trying to re-surface from one of the darkest depressions of my life. I was in poor health, eating and sleeping terribly, and I had gone from being a fairly loud and extroverted person to barely being able to hold a conversation with acquaintances. I had already begun revamping my diet to cut down on processed foods and animal products, but I’d made those changes because they felt healthier — not because I’d considered any environmental repercussions.

But the more I thought about eating responsibly, the more and more I realized that my mental and physical health do benefit from making sustainable choices.

Trying to positively impact the world through my choices, however small, made me feel exponentially less helpless and hopeless.

These are the ways I’ve shifted my diet to be more sustainable and environmentally friendly:

I cut down significantly on my meat and fish consumption.

Researching overfishing led me to lower my fish consumption by about three quarters. Since sustainably caught seafood is more expensive, only enjoying it a few times a month has helped me balance out the cost. I also stopped eating Bluefin entirely.

I cut my beef consumption down to special occasions only. Eating half a kilo of beef – about 1.1 pounds – contributes to climate change as much as driving a car more than 220 miles. Beyond that, it takes 1,799 gallons of water to produce just one pound of beef. This means forgoing weekly pot roast will do a whole lot more to end droughts than cutting down your shower times.

I increased the amount of fruit and vegetables I eat.

It’s much easier to find sustainably-harvested plants than sustainably-raised meat. I’m not a vegan, but I’ve managed to get my diet down to about 85 or 90 percent plant-based foods. This kind of moderation, where animal products are okay in small doses, has made the lifestyle infinitely more doable for me. From a lifetime of omnivorous eating, I’d been conditioned to categorize meals by protein: I’m having chicken on Tuesday, steak on Wednesday, fish on Thursday, etc. This is actually a really limiting way to think about the food you cook and eat – there are sooo many amazing recipes and options out there. If this sounds stressful, I’d recommend starting by trying to implement three or so meatless recipes into your week.

When I can swing it, I go local.

In my town, the farmer’s market only comes around during the summer, but I make sure to shop there every weekend when I can. If I can stay away from fancy gourmet stands and focus on produce, it’s cheaper and fresher than the supermarket, and local produce has a dramatically lower carbon footprint than produce that’s shipped from out of state.

I plan out my meals to cut back on food waste.

In the US, 20 percent of households don’t have enough to eat, but 40 percent of all usable food ends up in landfills – where it will never, ever decompose, creating gasses harmful to the environment the entire time. With this in mind, I try my hardest to eat everything I put into my fridge before it spoils. This means I’m less overeager at the supermarket, and have learned to only buy what I need — which also saves me money.

I’m not an expert on food sustainability or the environment, nor am I a perfect environmentalist.

I’m just trying to be more mindful about my choices and the way they can impact the world — and the more people join in, the better off the planet.