We he(art) this: People are getting flash tattoos to support Planned Parenthood

Since at least Neolithic times, the art of tattooing has allowed human beings to express culture, heritage, religion, and artistry on their own skin. In the USA’s current political and cultural climate, it’s vital to identify, support, and fight for your own personal beliefs, and some Americans are using the age-old tradition of tattooing as one way to do so.

Kiss My Angeles (a feminist podcast and blog) is hosting a Flash Tattoo Fundraiser for Planned Parenthood in the Los Angeles area. As of publishing, 6,900 people are interested in the event, while 1,100 say they’re going. Seven tattoo shops in the Los Angeles area will be participating, including Boartooth Tattoo, Holistic Tattoo, Ink’d Chronicles Tattoo Studio, Mule Tattoo, Kingswell, and Thunderbird Tattoo.

Sarah Bhorntus, the Event Organizer, told HelloGiggles that the idea started with her wanting her own personal tattoo to commemorate participating in the Women’s March, but after making a connection with a tattoo artist and cold-calling other shops, she decided to host a fundraiser.

"It was just a little match that I lit that kind of exploded," she told us. "I think that after the march there was a feeling of 'I hope this doesn't dissipate' — this feeling of 'We can do something about this and we don't need to rely wholeheartedly on our elected officials, there are things we can do on our own.' Obviously, the march was an amazing example of that. So I think it's been really amazing to see that a lot of people felt how I felt and wanted to do something [after the march]. I've had barbershops and temporary tattoo companies that were like, 'We don't know what we can do, but we want to do something.'" 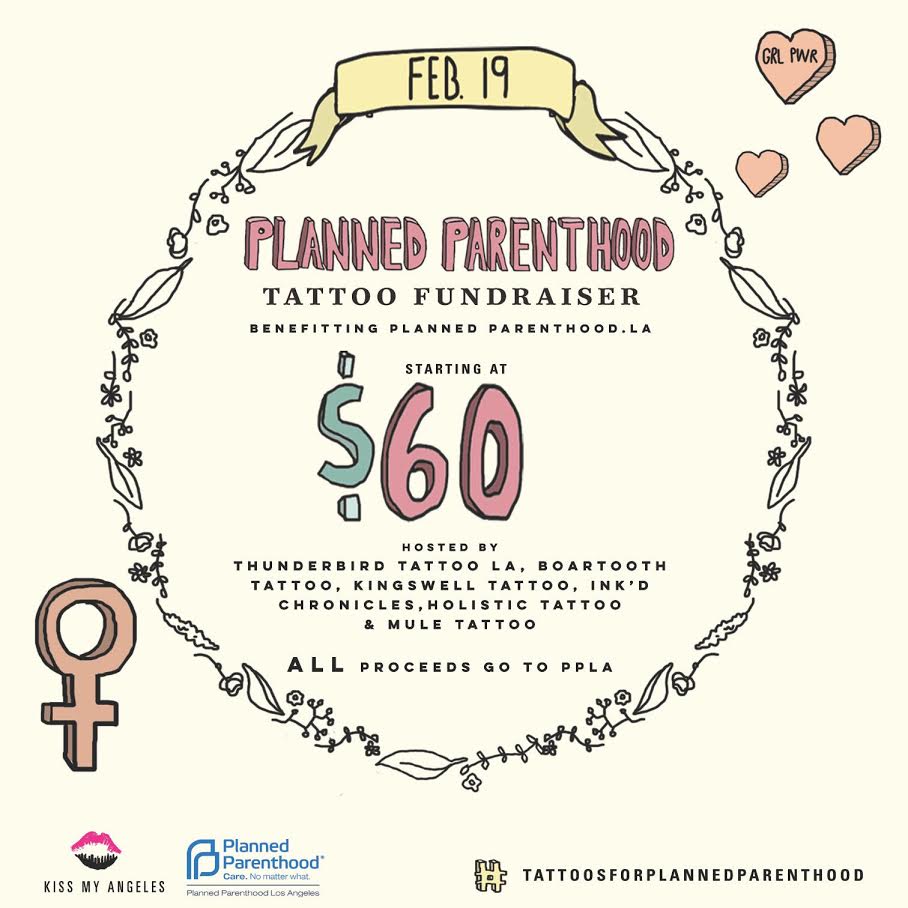 Artists have created a flash tattoo sheet displaying which designs are available for the fundraiser, from the words “Nasty Woman” to the female gender symbol, to the phrase, “my body, my choice.” 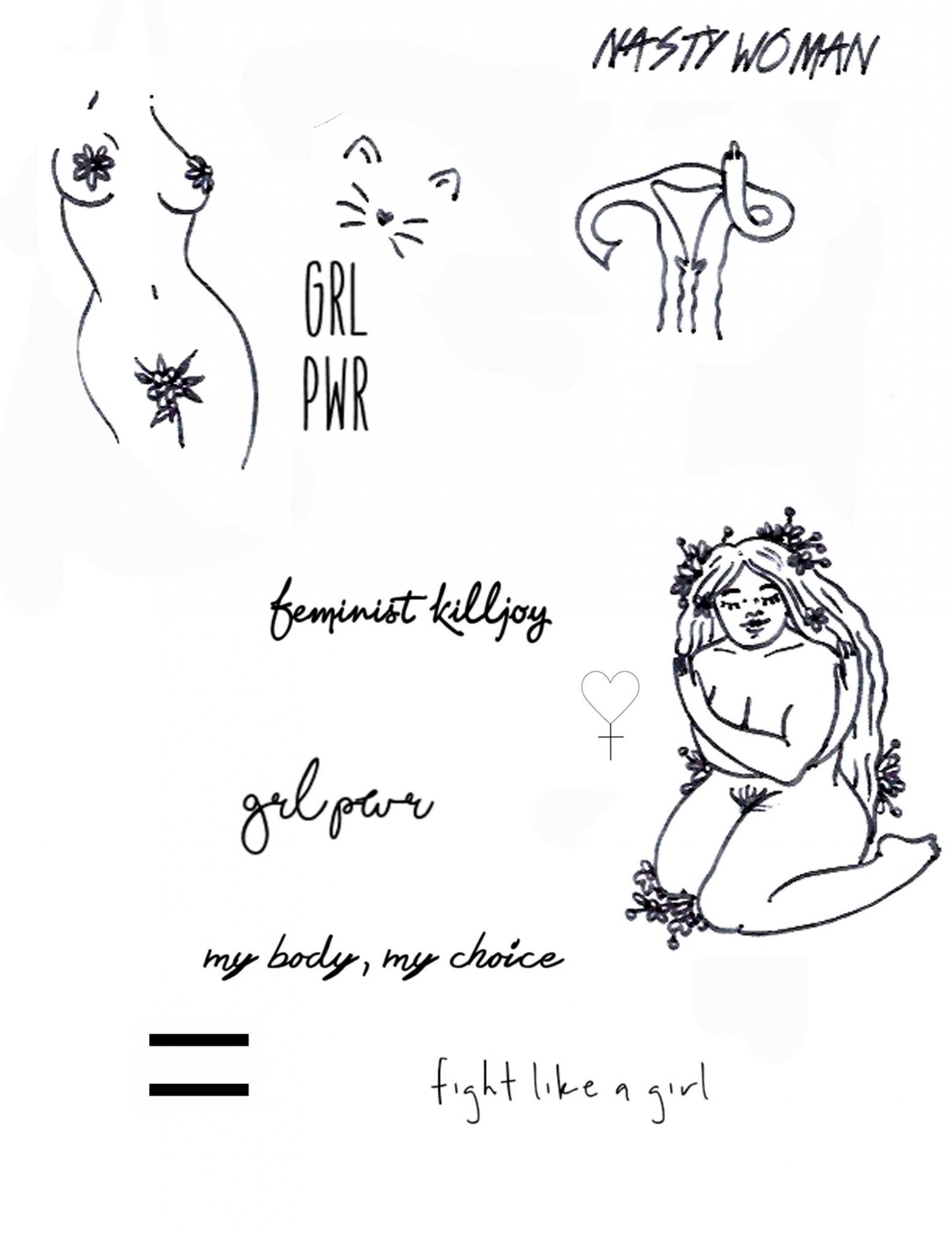 Sarah also wanted to have a fundraiser for Planned Parenthood specifically because of her history with the organization.

"I'm a Muslim-American, and I'm a woman, so there are a lot of issues that have come up with this administration that impact me directly or indirectly. But I wanted to focus on Planned Parenthood because at its core, women's rights are human rights. I've been to Planned Parenthood throughout my adolescence so I really owe them a lot in that kind of way, where I don't want to see them defunded. Or to think that women in my community or in other states don't have access to something that was so crucial to me when I was growing up, and I didn't have health insurance through my employer, or I didn't feel comfortable going through my parents," Sarah told us. "I think for all of us it's been an overwhelming couple of weeks so I just wanted to focus on this particular cause because it impacts women directly and there are bigger repercussions that can come with overturning Roe v. Wade and really attacking those human rights."

This fundraiser in Los Angeles isn’t the only one raising money for Planned Parenthood. The shop Magic Cobra Tattoo Society is pairing with Magick City (a performance space “for live music, art happenings, flavor raves, and be-ins”) in Brooklyn, NY to put on the event “Tattoo to Protect Your Parts: A Planned Parenthood Benefit.” As of publishing, 4,400 people are interested and 1,100 have said they’re going. 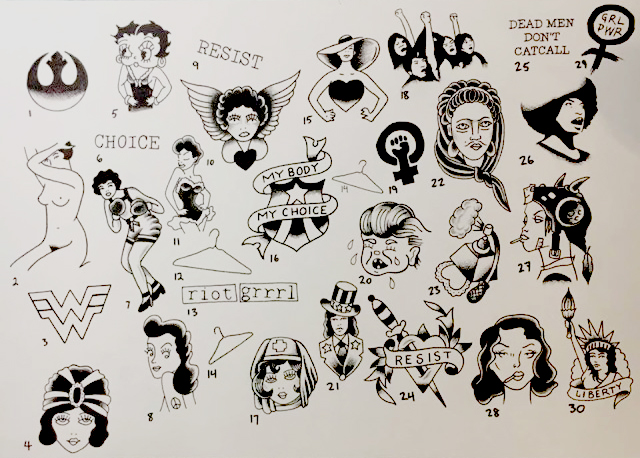 Similarly, Sarah said that using tattoos to raise money feels like a specific way to empower a certain group of young activists.

"I wanted something that was permanent, that was like, 'There's no going back from this point. There's only moving forward.' I wanted something that was going to be a reminder that I'm in this, and I'm mobilized, and I can't sit back and wait for someone else to come in and fix it. It's a more modern way to raise money and connect with a younger generation," she explained. "I feel like we're on this new frontier of, 'How can millennials get involved in ways that maybe feminists and activists in the past didn't have the opportunity to come up with because of things like the internet?' I felt like it was a young and fresh and rebellious move and I think a lot of people connected with that."