New data from a study of 70,000 random OK Cupid users proves that all women on dating apps are at a total advantage—hooray!

Aside from unwanted photos of men’s, uhm nether regions, boring starter conversations like “sup” and also just the general malaise of terribleness that is online dating—OTHER THAN ALL THAT, online dating is finally in our favor!

OK Cupid discovered that across the board, women are not initiating enough conversations. Regardless of sexual orientation, women are very passive with online dating. 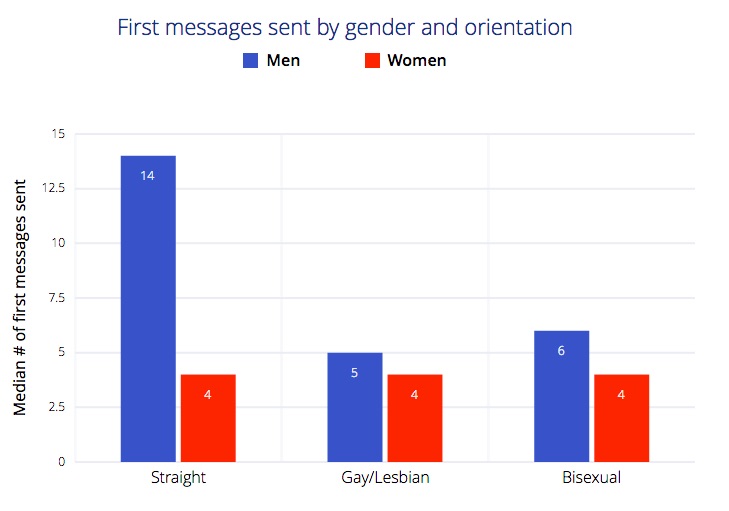 However, the study showed that everything changes once a woman starts sending more initial messages. Namely, she’ll meet more hotties. That’s assuming your sole prerogative for online dating is to meet HAWT GUYZ and if it is, keep reading!

If you’re a woman just sitting around waiting for messages, then most likely the men contacting you are on average 5 percentile points LESS ATTRACTIVE than you. Conversely, if you message a dude first, chances are he’s almost 7 percentile points MORE ATTRACTIVE than you. That’s a lot of science that basically translates to: If you want to date a hottie, message him first. 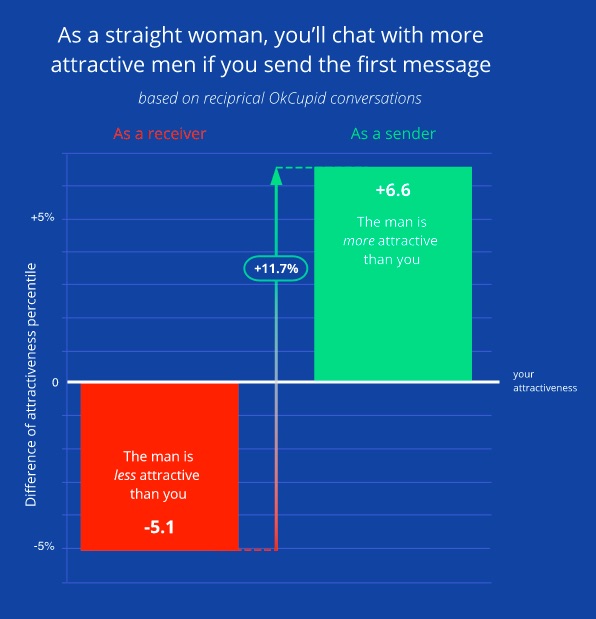 Also, women who initiate conversations have a greater response rate than men who do the sending.

Unfortunately this data is completely heteronormative, so if you’re a lady not looking for a man, OK Cupid doesn’t have the hottie-to-message ratio YET—but there’s a good chance similar logic applies, so start hitting that send button!