While photos from the Game of Thrones Season 7 set keep showing up faster than an a legion of White Walkers, there has been one KEY character we’ve been missing out on seeing. And we’re talking about Arya Stark (Maisie Williams), so if you want to avoid MAJOR SEASON 7 SPOILERS like Samwell Tarly avoids his father, then STOP HERE. 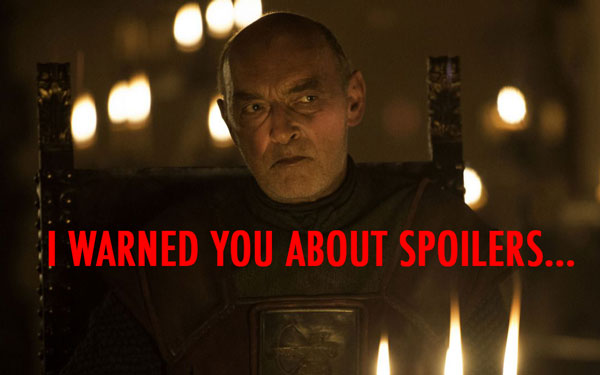 Here’s the first photo of Maisie Williams in full garb as Arya Stark on the Game of Thrones Season 7 set.

And, DID YOU NOTICE, she’s wearing a Northern outfit more akin to what the men in the North wear, like her bros?!?

The photos were first picked up by Watchers on the Wall, and they pointed out the fact that Arya’s new outfit is pretty similar to the one that Lyanna Mormont (Bella Ramsay) was donning the other day on set.

If you recall, the last time we saw Arya she was paying ol’ Walder Frey a very, er, SPECIAL visit down in Riverrun, which is QUITE a ways south compared to Winterfell. Like, it’s closer to King’s Landing than Winterfell!

And, obviously, she was dressed quite a bit differently to, ya know, ~blend in~ with the locals. 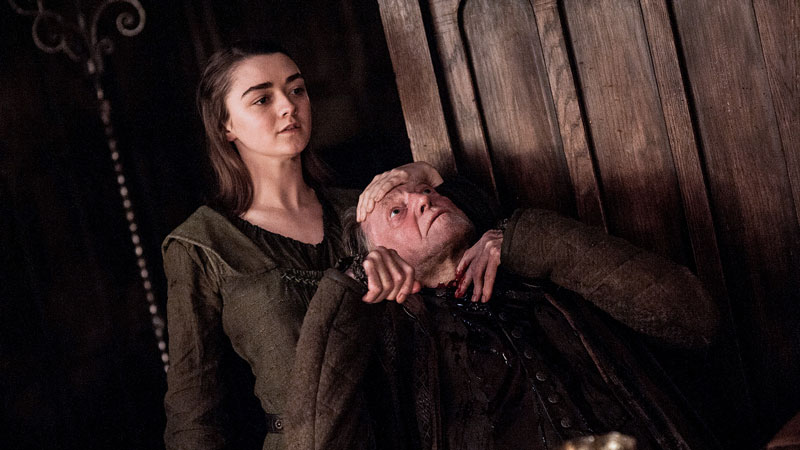 So, we’re gonna straight up assume this means Arya is FINALLY going to make it all the way back home to Winterfell in Season.

Will she be helping Jon and Sansa plan an attack on Cersei or perhaps maybe aide in the (much needed) defense of the unstoppable White Walker army?! Whatever is in the works, we know one thing to be true… SO. MUCH. WILL. HAPPEN.