Why I’m making my first feature film, and why I think all female filmmakers should, too

This is my experience, so far, making a film: It is 3 p.m. on a beautiful Memorial Day weekend, and I am trapped in a canoe. Apparently, when I rented it, they neglected to mention that a small-ish woman with no upper body strength cannot accurately turn a canoe against the wind. This has led to me drifting helplessly around a lake for 30 minutes, unable to direct the canoe past the camera it needs to pass, eventually resorting to screaming for help.

My name is Jessica Ellis. I’m making my first feature film this summer, and you should, too. At least because that way I won’t be the only one in the canoe.

When I am finally rescued by a motorboat, I squish my way out of the lake and over to my husband/cinematographer, Sean. He tries very hard not to laugh at me, and I ask a question I will ask approximately 7,000 times this summer.

"Why are we doing this?"

“Because,” he pauses dramatically. “You got a dreaaaaaaam.”

The stats in Hollywood for female filmmakers are pretty awful.

In fact, they’re so bad, you probably know them even if you aren’t working in the business. According to the Center for the Study of Women in Hollywood, women made up only 19% of producers, 11% of writers, and a stinking 4% of directors of the top 100 grossing films in 2016.

All this in an industry where the majority of movie-goers are women. Even if you love a movie with a central female character (which only 29% of the top movies had in 2016), chances are she was written and crafted by men.

But you have to have hope, right?

Everyone comes to Hollywood with the hope of breaking that barrier. After all, we have Katherine Bigalow and, now, thanks to glorious Wonder Woman, Patty Jenkins on the scene, right? They got through, why shouldn’t I? I went to AFI! I had a manager! My writing wins contests! World, oyster, right?

Being a woman filmmaker in Hollywood is not only darn near statistically impossible, it’s also draining. Years drift by while you write a new script, rewrite and rewrite, send it out, have meetings, have almost-deals…the time just disappears.

So I just decided.

After seven years of treading water, I realized this year that I’m not getting into Hollywood by banging my head on the door of a system that doesn’t want me. And so I decided to do the crazy thing: Thanks to my life savings and a few tiny investments, I’m just going to make a darn movie this summer.

Within a month, script, producer, cast, and crew coalesced. We dashed up to Northern California to shoot a promo trailer over Memorial Day weekend, during which I broke my glasses, left all my underwear in Los Angeles, and was forced to hold a cat hostage for an hour…oh yes, and there was that canoe incident.

But look! We have a pretty poster! 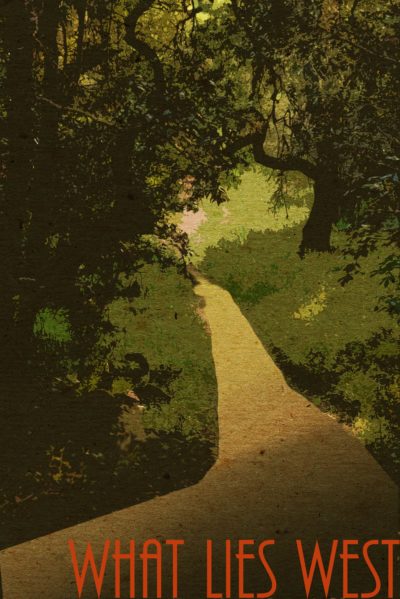 All this time, I thought I had to bust through the gates to get into the boy’s playhouse known as Hollywood, and find a way to make them let me play, too.

I think I was wrong about all of that.

It’s time for a little revolution.

My new theory, and one you all get to join me on, is that women in film need to build our own damn playhouse. Sure, the sexist system that roots the Hollywood status quo can keep me out of the mainstream, but they can’t stop me from making movies. Every time cinema opens its doors to another group of marginalized filmmakers, the art becomes richer for it. They can’t keep me out anymore.

And they can’t keep you out, either.

Over the next few weeks, I’ll be sharing the journey I’m on shooting my film, What Lies West. It’s a coming-of-age film about two girls desperate to find real adventure. Since making the film is my adventure, I want to do everything I can to document the ups and downs. Hopefully, it might help you make your own movie.

Bear in mind, I may fail horribly.

But I think that every woman has a story to tell, and it’s about time we stopped letting people decide who is allowed to tell them.