Mae Jemison, the first African-American female astronaut, talks to us about going to Mars

Most people would feel honored to appear in an episode of Star Trek, let alone actually travel into the dreamy abyss of outer space. Then there are people like the multi-talented Dr. Mae Jemison, who traveled thousands of miles into space and returned to gracefully appear as the first real astronaut on Star Trek: The Next Generation before continuing her path of world domination.

It almost feels like an exercise in futility attempting to write an introduction for a woman who attended Stanford University at age 16 with a focus on chemical engineering, then years later became the first African-American woman in space in 1992, and now heads the ambitious 100 Year Starship Program — which seeks to enable interstellar travel in the next century.

Needless to say, Jemison is a woman of many accomplishments whose unquenchable curiosity keeps her busy at work. One of the projects she’s currently involved in is the National Geographic MARS series, a new program that uses a hybrid storytelling technique featuring scripted fiction about the first Mars colonizers, as well as documentary interviews with real scientists.

We were lucky enough to catch up with Jemison during the NYC screening of MARS, and got to pick her brain about her involvement with the series as well as her personal experiences in the Milky Way.

HelloGiggles: I heard that you put the actors through a bootcamp for the MARS series. Was that fun for you and what did that entail?

Mae Jemison: Originally I was supposed to be one of the people interviewed in the documentary section, but then I went on this diatribe about how I’m tired of how astronauts are portrayed. So they were like “would you mind coming and talking to the actors about that?” I thought, sure, why not shoot the breeze with the actors. But then when I got there they were like, “We told the actors you’re doing space boot camp.” So I was like, oh no, I’ve got to make this real.

So first off, we spent some time talking about what astronauts are like, and I spent a little time telling them about my background and personal experiences in space. I showed them pictures and we went through the words they would run into from the script, we also did some time in the water, and made it hard. We also did things like role-playing, and I actually gave the actors tests and they did pretty well. There were questions like: “what’s the difference between an astroid and a planet?” So really, making sure people were comfortable with the terminology, even the rhythm and the cadence. 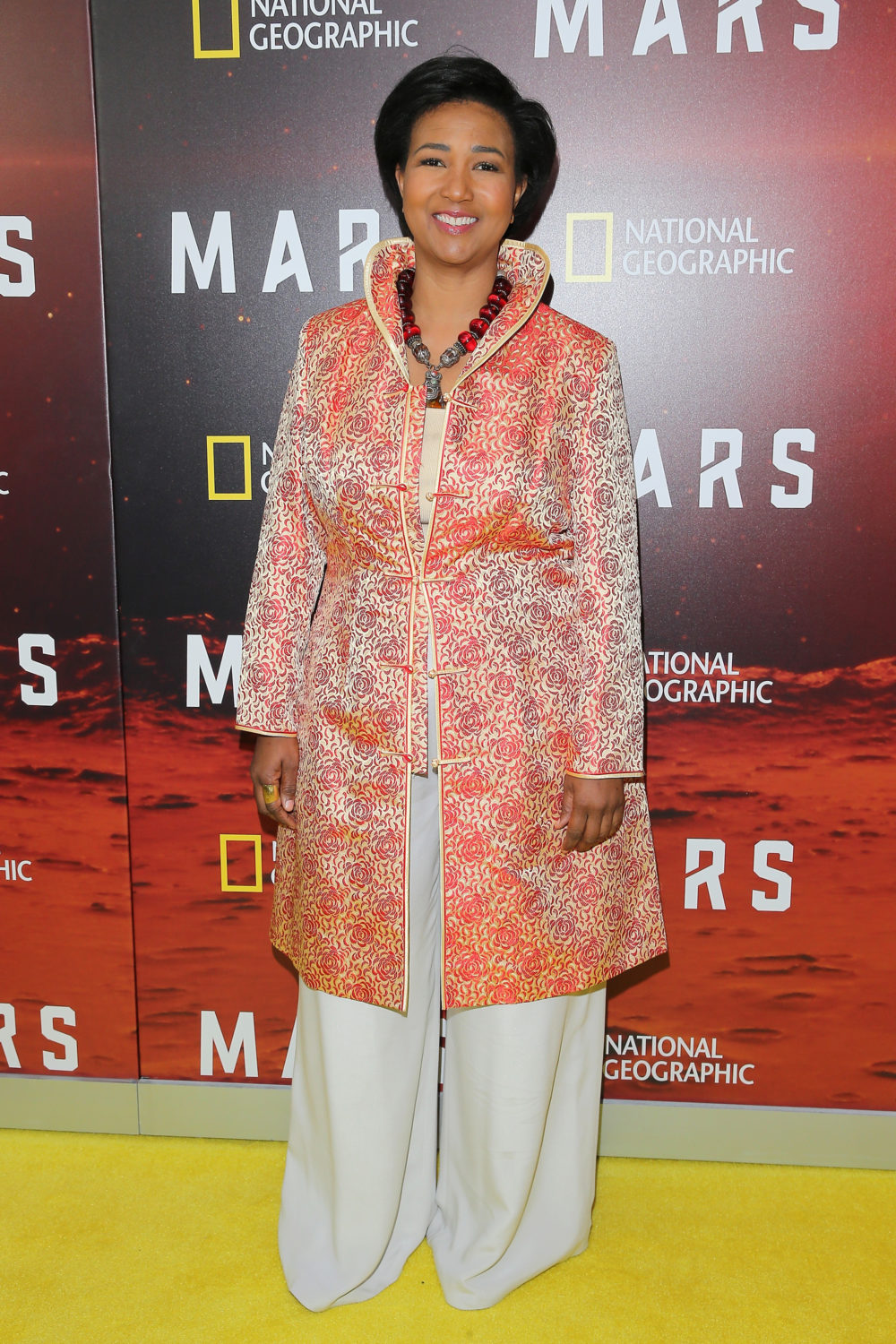 HG: What do you think will be the most challenging part of colonizing Mars for people who haven’t been through astronaut training?

MJ: The emotional adjustments would probably be the same for everyone regardless of astronaut background. There would be a lot of training, you would have to learn a lot before going there. It’s just like climbing Mount Everest; You don’t have to be a mountain climber your whole life to climb Mount Everest but you do have to be in shape. But you can get dead quick if you don’t train ahead of time. Same with doing a marathon. No one is just like, “look, I’m doing a marathon!”

I believe the biggest impediment we have right now with going to Mars is public commitment. More people need to see themselves as a part of space travel, we need to see more inclusiveness. It’s not that everyone needs to want to actually go to space themselves — we have people who work for NASA who are like “oh hell no, I’m not getting on that.” But they’re laying the foundation, they’re doing the groundwork, they’re designing the orbital, they’re doing all that. You can be part of it without wanting to go to Mars.

HG: Do you think the MARS series will help spread more public interest and awareness that could help with further NASA funding?

MJ: I think what this is going to do is it’s going to make it very real, it will feel more real. In 2001 (A Space Odyssey) it was all a wonderment about the technology, but with this it’s the characters and the people. In this case — with the MARS series — the technology is there supporting, but it’s all about people. You can start to feel comfortable with the technology because it’s used as a natural support for the people in the show and will make it easier for people watching to relate.

The crew is from all over, and the characters, and their forms of assertiveness all take different forms. You have women who are involved, you have people of color, so it makes a difference in terms of how people see things. As a little girl if I had known about all the women who had done the computations behind the scenes, it would’ve become a different ballgame for me — and not just for women, but for men too. Seeing a full display of humanity involved in space is a game-changer for everyone. We’ve all looked at the stars, we’ve all imagined what was going on. Not everyone wants to go, but everyone wants to know what it’s like. 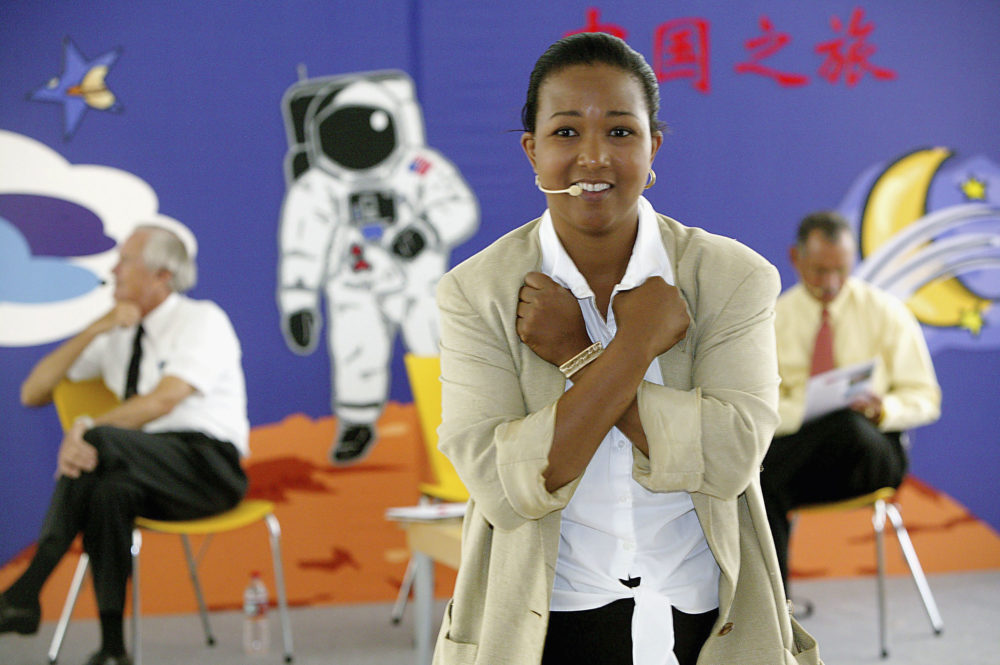 HG: Because you’ve been to space, is the experience of looking at the stars different for you? Is it stressful because it’s your work?

MJ: I’m not somebody who gets teared up or anything, but I still look up at the stars and it gives me hope and it gives me energy. I think one of the things that we have to think about it is, we are all a part of this universe. Space exploration is not just about humans. We are taking all this stuff with us (plants and animals); We’re not that different and we’re not that separate.

We may be in a position where we can change locations faster, but I remember a story about a mountain lion that showed up in New York somewhere and everyone was like, “What the hell?! How did this mountain lion get here?!” Everything explores, we are not that uniquely different and actually it feels good to be a part of the universe. 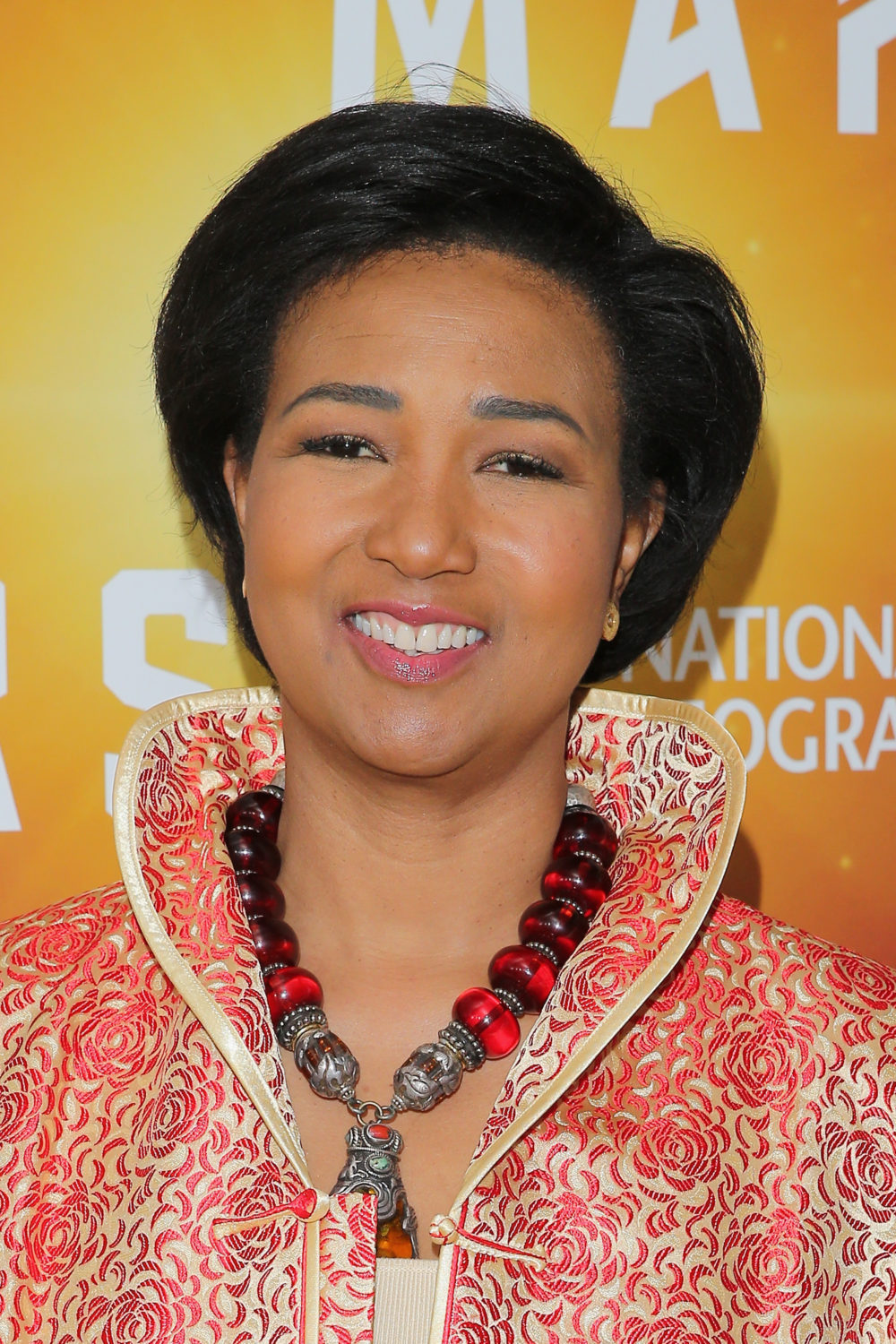 HG: I loved your point about bringing different life forms to Mars. From a practical perspective do you imagine us bringing animals and plants Noah’s Ark style?

MJ: I think we have to. For me, people ask what was interesting about my space experience — I thought I would be afraid, I thought I would be happy there were other people there, but I realized I would have been happy if my cat Sneeze was there. I could imagine myself in this great glass with Sneeze, I love cats, I love animals. Too frequently we think of ourselves as separate, but animals help give us connection to the universe, well other animals, since we are animals too.

HG: Your current project, 100 Year Starship, is focused on researching the ability to do interstellar travel, besides the traveling itself. What technological discoveries do you think this project will bring forth?

MJ: 100 Starship is about making sure humans have the capabilities to travel beyond our solar system, and the capabilities would include everything from engines and propulsion to clothing, to sustainable biosystems, understanding the microbiome, to figuring out how to build public financial commitment to something this long term internationally.

No one organization can do all of this, so how can you create an ameliorate environment that does this? Really, what we want to do is use this as a platform for pushing remarkable technology.

HG: With our current water crisis, I’ve heard speculation about siphoning comets for their water. What do you think about that? How would you go about lassoing a comet in order to fix our water problem?

MJ: So here’s the thing, I think we keep trying to excuse piss-poor human behavior by saying we’re going to do something else. We have a water crisis because we’re wasting water. We have an energy crisis because we waste energy and because we don’t wanna use solar energy. If we can’t figure out how to keep this incredible planet that supports us healthy, then we can tell Mars goodbye.

Even if we develop all the genetic technology to go to Mars, there’s no point. When we put water down into the earth to push up gas, then we say, “ooh we’re having a water crisis.” This is foolishness, and this kind of foolishness where we try to excuse human behavior is dangerous. If we tried to lasso a comet to siphon water somebody would mess up and destroy the earth. We live on a blue planet, it’s filled with water — what are we doing?

HG: On that note, do you think there’s an ethical issue with going to Mars considering what we’ve done to earth?

MJ: I don’t think there’s an ethical issue per say, but I think that if we think this will get rid of the problems we currently have we are sadly mistaken and we’re just going to kill ourselves that much quicker.

What I learned when I was in space was that the planets will be here, but we might not. We have a completely misguided sense of importance.

HG: I’ve read that you have a background in dancing. What are the biggest similarities between dancing and space travel?

MJ: One of the things that’s great about having been a dancer is your sense of your body. When you’re a dancer you have to know, “my arm is here, I know what it looks like and how to orient myself.”

The other important thing about dancing — in terms of being an astronaut — is the sheer perseverance required to be a dancer. You rehearse and rehearse and you try to get it right, you have to have physical memory and situational awareness. As a dancer, you have to know that downstage somebody just missed their damn step and you’re going to have to make it there. Also, what is the sequence and what are the things that have to happen? All of these things connect.

HG: Do you ever miss space?

MJ: I miss being in the astronaut program. But I still call my friends at NASA to catch up and see what they’re up to and get the inside scoop. But it’s great because I’m working with space now for 100 Starship program.

HG: I love how the MARS series will be combining documentary with fiction. As someone who has advocated for STEM education, do you think storytelling is a good way to reach people otherwise intimidated by science?

MJ: Storytelling is important no matter what your area of expertise is. With 100 Starship Program, we do the Canopus Award for Interstellar Writing, which is both fiction and nonfiction, because even nonfiction tells a story in a certain way. So when people write books like Rachel Carson’s Silent Spring that got people really thinking about the environment, it was storytelling in a certain way. I think that people absorb so much of what they see in a story so even when it’s fictional, if it includes procedures that are at all factual, it can educate people.

HG: Do you think living in an atmosphere different from earth will affect people’s mental or psychological health?

MJ: I think definitely. I think you have different personalities and ways people adjust to things. Some people get bent out of shape when they don’t sleep in their own bed, or they freak out and are like “you moved my thing!”