The most feminist things that happened 10 years ago

In recent years, we’ve made incredible progress in the fight towards achieving gender equality. Of course, we still have a long way to go — but by recognizing and celebrating our achievements (and there have been many), we help promote their becoming the norm. We can think of few things as essential.

From abortion rights to the tampon tax, the fight for gender equality today wouldn’t be possible without the women who came before us. In particular 2006 was a huge year for feminism and women’s rights, and 2016 marks the 10th anniversary of a surprising number of important events for women. Here are just a few of them.

Ellen Johnson Sirleaf becomes the President of Liberia, making her the first woman to be elected head of state in Africa. 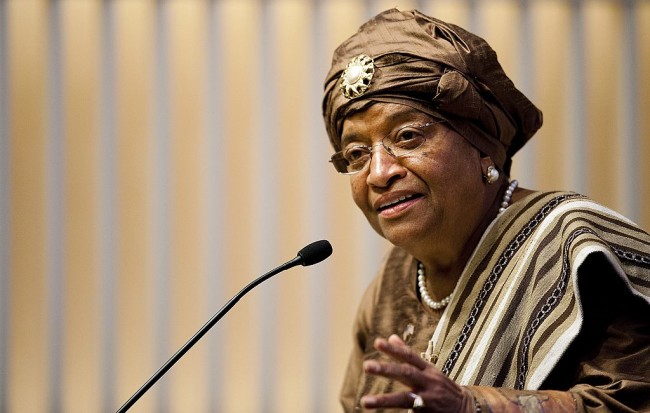 Sirleaf is still in office today, and still kicking ass. In 2011, she was jointly awarded the Nobel Peace Prize for helping to secure, “the safety of women and for women’s rights to full participation in peace-building work.”

The Equality Act 2006 becomes law in the United Kingdom, setting the stage for its successor in 2010. 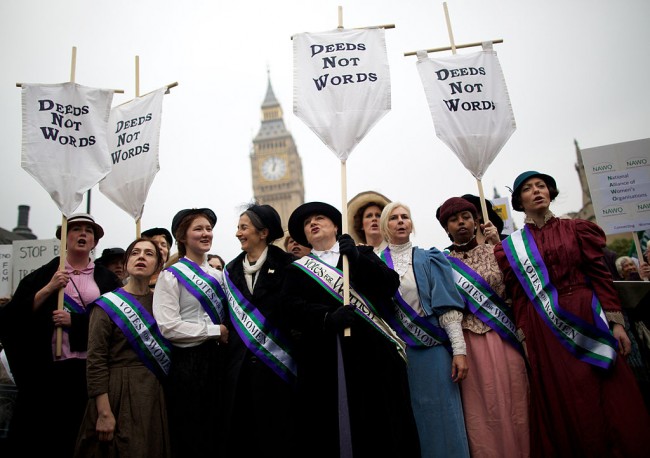 The Equality Act 2006 sought to dismantle discrimination of all kinds — whether sexual orientation, race, or otherwise. In particular, it also highlighted the country’s national duty to ensure women would not be viewed as “lesser than” because of their gender.

The One Million Signatures campaign is launched in order to secure women’s rights in Iran.

The campaign aimed to collect one million signatures in protest of the legal discrimination against women in Iran, which includes requiring women to get a male guardian’s legal consent if they want to work/travel; and puts harsh restrictions on women in the court of law. Earlier in 2006, a demonstration in Tehran in support of women’s rights was broken up after police brutally beat the activists involved — part of the impetus to start the campaign. Iranian women are still fighting for equal rights today, but 2006 proved that they were no longer willing to stay silent. 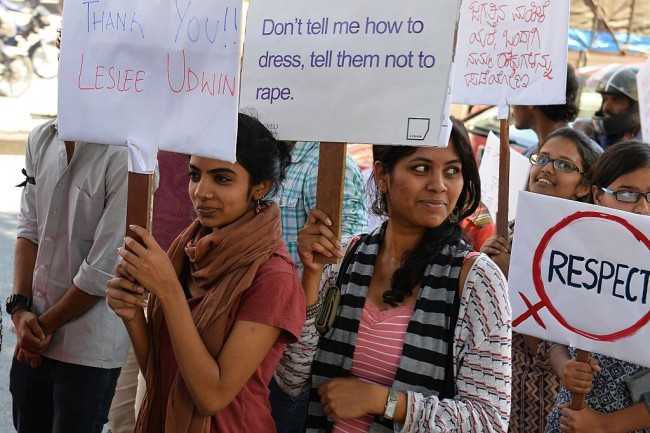 While technically enacted in 2005, the law wasn’t enforced by Parliament until late 2006. While the law doesn’t penalize offenders on a criminal level, it’s meant to help victims of domestic violence receive protection orders from their abusive spouses/partners. It was also the first time that “domestic violence” was defined in Indian law — and was inclusive of emotional and sexual abuse, as well.

The documentary Thin sheds light on the many women who suffer from eating disorders.

While by no means something that only affects women, by and large, the majority of people who suffer from eating disorders are still female. Thin tells the story of four women’s experiences with bulimia and anorexia in South Florida. The film publicly underscored just how important it is that talk about these issues.

The Protection of Women Act sought to amend previous legislation and provide specific criminal punishments in order to protect women from abuse and kidnapping in Pakistan. Rape became punishable by death or lifelong imprisonment, and selling/buying women for the purpose of forced sex work led to 25 years in prison and a fine.

Like Sirleaf, Bachelet is still in office today — but she took a couple of years off from 2010 to 2013 to become the first executive director of the United Nations Entity for Gender Equality and the Empowerment of Women. She’s now back in office as president after being re-elected in late 2013.

The United Arab Emirates holds its first ever national election, granting women’s suffrage as a result. 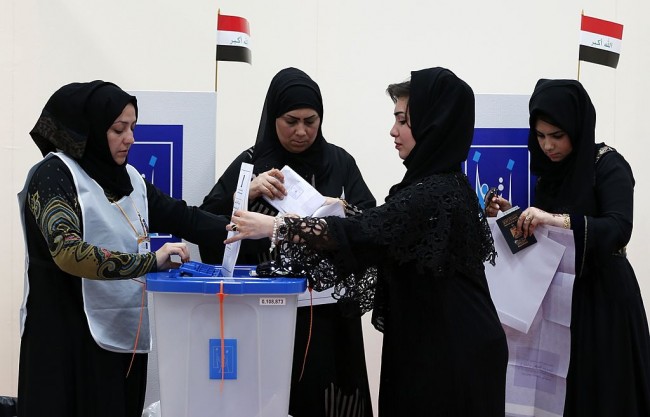 This was a huge win for men and women alike, but it was by no means a universal election: Only a very small percentage of the country could participate. Nonetheless, it was during this election where Dr. Amal Abdullah al-Kubaissi first won a seat. For those unfamiliar, she later went on to become the UAE’s first woman leader of a national assembly, as President of the Federal National Council in 2015.

Walkout gives the spotlight to the important women activists who took part in the East Los Angeles Walkouts of 1968. 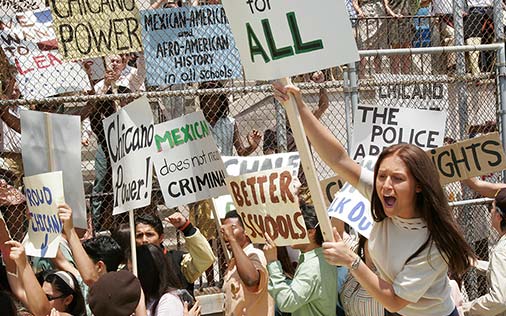 The protagonist in the film is based off of real-life activist/badass Paula Crisotomo, who led the largest high school student protest in the history of the United States in order to fight back against huge gaps in quality of education for Chicanos. (It’s worth noting that, while in the film, Crisotomo is portrayed as Mexican-American, in real life, she’s actually Filipina.)

In Vietnam, the National Assembly passes a gender equality law which the United Nations says would, “greatly improve the legal system on gender equality and women’s advancement.” 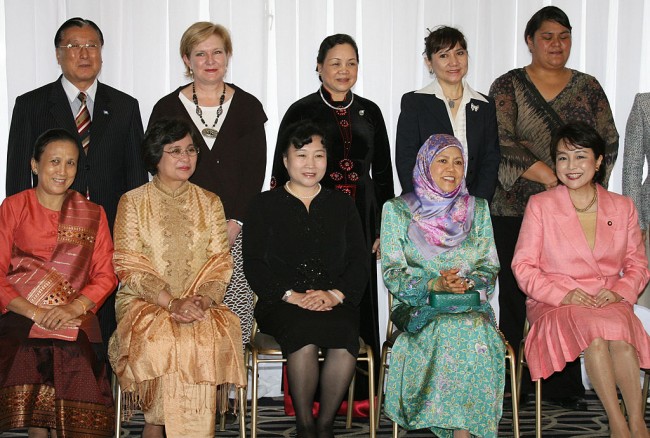 The law sought to explicitly define, “gender equality in all fields of social and family life” and enact “measures ensuring gender equality, responsibilities of agencies, organizations, families, individuals in exercising gender equality.” Spearheaded by Ha Thi Khiet, Chairperson of the National Committee for the Advancement of Women in Vietnam, the law showed an active effort to create change in support of gender equality. 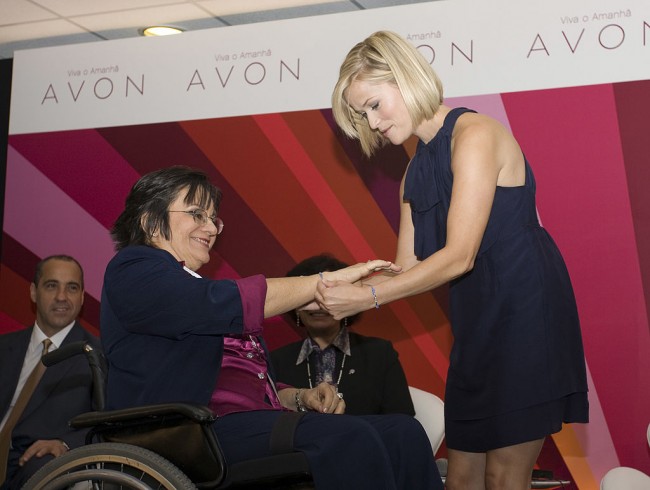 This law has a devastating backstory: In 1983, Maria de Penha was shot by her husband while sleeping, leaving her with paraplegia. After she was released from the hospital, her husband attempted to electrocute her. Both times, he got away with it without punishment.

Decades later, the Court of Human Rights stepped in, criticizing Brazil for not better protecting victims of domestic violence — which caused the government to enact a law in da Penha’s honor. And according to the U.N., it’s working: As of 2011, there have been “more than 331,000 prosecutions and 110,000 final judgments, and nearly two million calls to the Service Center for Women.”