Felicity Jones acted with Keira Knightley in her very first movie and it will make you say, “Awwww!”

In less than 24 hours, Felicity Jones will return to the big screen kicking some serious Empire ass in Rogue One: A Star Wars Story as Jyn Erso. Obviously, we all know how amazing Felicity is, what with having an Oscar nomination under her belt for her turn as Jane Hawking in The Theory of Everything. NBD, right? And even before her highly lauded performance in The Theory of Everything, Felicity was breaking our hearts in the indie darling Like Crazy. Basically, Felicity is, like, crazy talented. So, it should be no surprise that she’s been wowing audiences for a LONG time.

In fact, her very first role was in a small British TV movie called The Treasure Seekers. 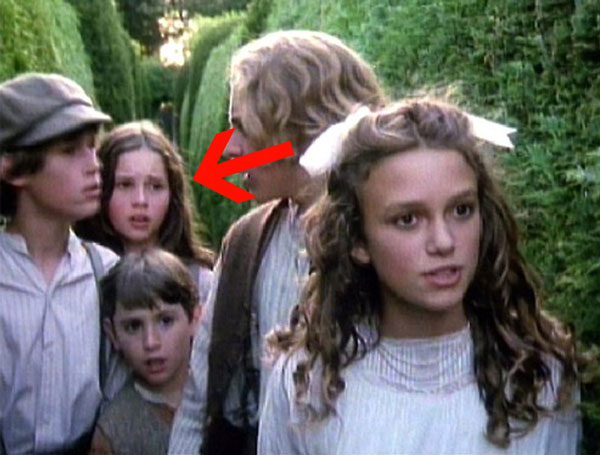 Felicity was just 12 years old in her first professional acting role. And guess what? She even got to act across a fellow Star Wars alum… Keira Knightley (who was only 11 herself at the time)! Although, OBVIOUSLY, they were both yeas away from being cast in their Star Wars roles at the time.

“Lookin’ back at ya Star Wars sister!”

But, let’s talk about how crazy adorable Felicity was in this movie!

I mean, this is some top notch emoting, no?

In case you’re curious, Felicity plays a character named Alice. And Alice’s family is on the brink of losing EVERYTHING if their father can’t finish making his latest invention…a refrigerator. Meanwhile, Keira plays a european princess who befriends Alice and her siblings (they play tag because she never has before, ha!). And, well, no surprise…both Felicity and Keira are really good in it!

We can’t believe these two British acting talents crossed paths so long ago.